4 September 2019
3
Turkey will complete the full deployment and commissioning of C-400 anti-aircraft missile systems acquired from Russia by June next year. This was announced by the head of the secretariat of the defense industry of the republic, Ismail Demir. 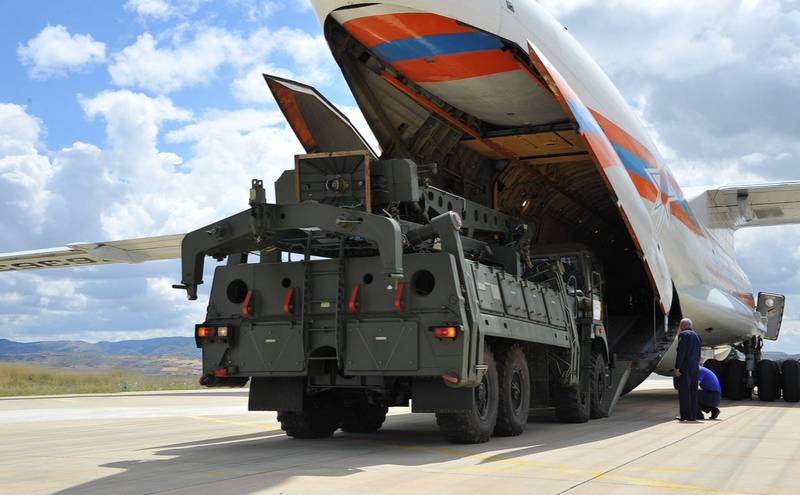 According to Demir, the full deployment of S-400 air defense systems is planned by June 2020, although these systems are ready for operation by the end of this year. Such terms are due to several factors, including the readiness of Turkish settlements for complexes that are currently undergoing training in Russia.

S-400 air defense systems by the end of the year will be basically ready (for operation). By June, the entire system will be fully operational when training and other activities are over.
- He said, answering the relevant question, adding that the training courses for the C-400 calculations with the participation of Turkish Air Force personnel are already underway.

Note that the first stage of C-400 deliveries ended on July 27, and the second began on August 27 and continues to this day. In total, Turkey will receive four S-400 air defense divisions. At the same time, Ankara does not exclude the acquisition of an additional batch of S-400 air defense systems. The decision on this will be taken as a result of further negotiations with Washington on fifth-generation F-35 aircraft and Patriot systems.

Earlier it was reported that Turkey places the received S-400 air defense systems at the Akinchi military base near Ankara, where they are assembled and prepared for testing. Recall that the delivery of elements of the anti-aircraft system takes place by air to the territory of the military base Myurt, also located in the vicinity of the Turkish capital.