The Germans rested against him, as in the Brest Fortress

July 9 2012
34
The Great Patriotic War claimed millions of lives. Every resident of our country has experienced the horrors of a fascist attack. Millions of Soviet people fought to death against the fascist invaders and died for the Fatherland, for the future of the next generations, for peace on earth. 17 July 2012 will mark 71 the year of the remarkable feat of Nikolai Sirotinin. In Belarus, his feat is known to almost everyone. History very much like fiction, too much of it is fantastic and there were too few witnesses. The details of Sirotinin’s heroic deed became known only in the 1960 year, after the publicity of the data from the Central Archive of the Red Army. The diary of German ober-lieutenant Friedrich Hönfeld, who fell near Stalingrad, and the stories of local residents shed light on the act of the Russian soldier. Even today we know very little about him. 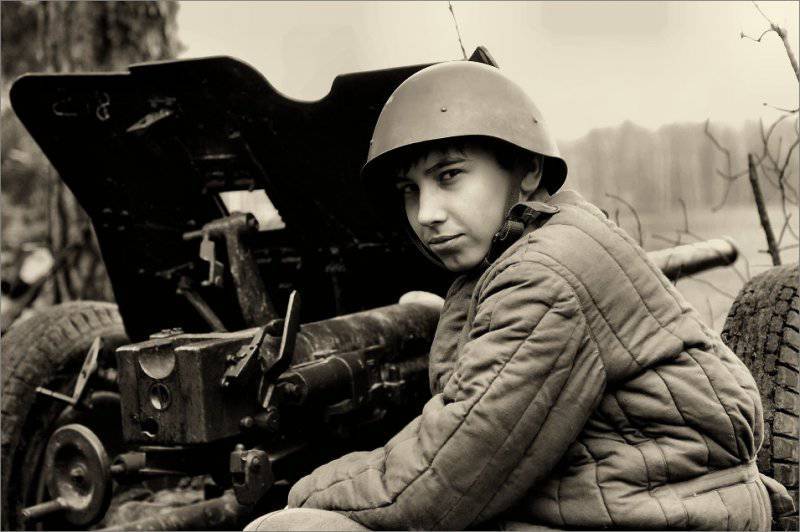 Nikolay Vladimirovich Sirotinin was born in the 21 year of the last century in the city of Orel. He had two sisters - Taisia ​​and Nina, as well as brother Benjamin. Before the beginning of World War II, to help his family, Nikolay went to work at the local Tekmash plant. In 1940, he was drafted into the ranks of the Red Army. In the very first days of the war, part of him fell under an airstrike, and Nikolai was wounded, but soon was able to return to the front.

The next page of his biography begins with the words of the inhabitants of the village of Sokolnichi, which to this day stands on the banks of the river Dobrost in Belarus. Sirotinin served as a gunner in the 55th Infantry Regiment, located near the town of Krichev. Many peasants remembered a modest and polite, thin young man who often helped with the housework, came to visit, supported the elderly. In place, the regiment did not stay long. In those days, the Germans irresistibly attacked from all sides, the scattered parts of the Red Army, barely recovering from the very first huge losses, retreated to Moscow. Crumpling everything in its path, German approached the town of Krichev Tanks. On July 17, the 6th Infantry Division, which included the 55th Infantry Regiment, received orders to retreat. In order to withdraw troops without losses, it was necessary to organize a cover. Among the many volunteers who volunteered was Nikolai Sirotinin. The commander of his crew also remained with him. Their task was to delay the advance of German troops on the bridge over the river Dobrost, and then retreat and join their units. Surely they understood how little chance they were of surviving.

The main factor that played an important role in further events was the correct location of Nicholas's gun on a hill in a peasant field. The highway, the river and the bridge were in his hands, but the gun was disguised in thick rye. When German tanks and armored personnel carriers, along with armed infantry, entered the bridge, Sirotinin blew up the lead vehicle. Having reloaded the gun, he disabled the armored vehicle that closed the column. The commander at the bridge amended the shooting of Sirotinin, our artillery fired from behind the river at the blockade of German tanks. When the commander was wounded, he was able to move away, leaving the battlefield. Their task with Nikolai was completed, the advance of the armored column stopped. But Sirotinin judged otherwise. From the diary of Friedrich Hönfeld it follows that two tanks that tried to remove the first tank from the bridge were hit. Another armored personnel carrier tried to wade through the river, but was stuck in swampy mud along the coast. All this time, Nikolai continued to shoot and shoot. The Germans also answered, but could not detect the location of the gun. In addition, it was not clear the actual number of opposing enemy troops.

When the bridge was nevertheless overcome by the Nazis, Sirotinin’s gun fired over fifty shots. After that, the course of the battle was predetermined. Nicholas shot the approaching enemy soldiers from a carbine and died the death of the brave in his position. 11 tanks and 7 armored vehicles, as well as a few dozen people lost enemy tank units that day on the bridge as a result of Sirotinin’s well-coordinated work with the soldiers of his unit. Locals recall that the Germans, astounded by the courage and valor of the Russian warrior, buried him with all the honors. From the diary of the same Friedrich Hönfeld: “July 17, 1941. Sokolnici, near Krichev. In the evening, they buried an unknown Russian soldier. He alone stood at the cannon, long shot down a column of tanks and infantry, and died. Everyone was surprised by his courage ... Oberst (colonel) before the grave said that if all the soldiers of the Fuhrer fought like this Russian, they would have conquered the whole world. Three times they fired volleys from rifles. Still, he is Russian, is such a reverence necessary? ” The Germans asked the peasants to tell them about this soldier. But no one answered them.

Today in the village of Sokolniki there is no grave in which the Germans buried Nicholas. A few years after the war, his remains were buried in a mass grave, the field was plowed, and the cannon was turned to scrap. In 1960, a modest monument was erected near the road near the village itself. The words are written on it: “Here at dawn 17 July 1941 entered combat with a column of fascist tanks and in a two-hour battle the senior sergeant-gunner Nikolai Vladimirovich Sirotinin, who gave his life for the freedom and independence of our Motherland, fought off all enemy attacks.”

In 1961, local ethnographers found his grave. Posthumously, Nicholas wanted to be presented for the title of Hero of the Soviet Union, but they did not find either his photographs or sufficiently reliable information about the feat. He was awarded only the Order of the Patriotic War of the first degree, which is located in the Museum of the city of Minsk. In the town of Krichev, a street was named after Sirotinin. In the city of Orel in high school number 17 there is a museum of Battle Glory, which contains whole packs of letters, appeals, photographs, maps and newspaper publications about this feat. The history of Nikolay Sirotinin concerns many people to this day. Writers are inspired to write stories about him. The forums are not subsiding heated debate about whether it is fiction or a real event. The Rodina film company made a documentary about this gallant man, and a feature film will appear very soon. In the house where Nikolai grew up, his relatives still live.

Such stories are needed not only in wartime, but also in peacetime. They raised the morale of the Soviet fighters, demoralized the enemy. After the war, the feats of fallen heroes became an example for grateful descendants. How many such unknown Orphans stood in barriers, fighting face to face with the terrible fascist death machine. They died, but gave their comrades the opportunity to survive, to get out from under the fire, to gain a foothold on the next frontier. Nikolai Sirotinin proved by his own example that our spirit is invincible, the struggle is possible, and our country simply must exist. And we, and our descendants should remember this!