4 September 2019
51
In the Stavropol Territory, the bodies of the dead pilots of the Su-25UB attack aircraft, which crashed on September 3 during a planned training flight, were discovered. This is reported by "Izvestia" with reference to its source. 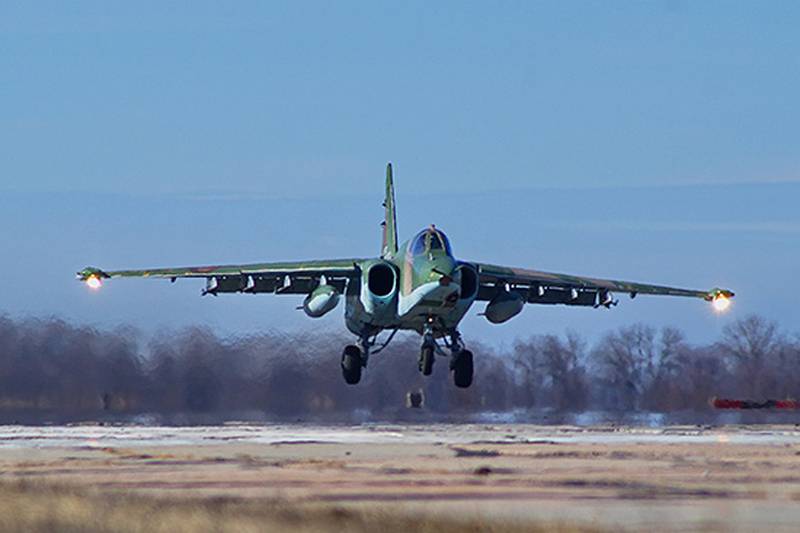 According to the publication, the search team found the bodies of the pilots Yuri B. and Artem L., who were on board the crashed Su-25UB. Where the bodies are not reported. Earlier, some media wrote that the crew managed to eject, but neither the parachutes nor the pilots themselves were found until the morning. As reported by RIA News"with reference to its source in emergency services, the bodies may be in the cockpit of a fallen plane.

According to information provided by TASS, the commission of the Ministry of Defense is working at the crash site, the search for the crew’s bodies continues.

There is currently no official confirmation from the Ministry of Defense of information on the discovery of the bodies of pilots.

Earlier it was reported that in the Stavropol Territory during a training flight, the Su-25UB attack aircraft crashed, taking off from the Budyonnovsk airfield. According to primary information, the aircraft crew was able to eject. Emergency services were sent to the crash site, a helicopter was raised to search for the crew.

According to TASS, the cause of the Su-25UB accident was the performance of the aerobatics Dead Loop. According to the source of the agency, the pilots could not take the plane out of the dive, as a result of which it collided with the ground. A crater up to 3 meters deep formed at the crash site, the plane itself completely collapsed.

The military suspended flights on the Su-25 in southern Russia until the causes of the emergency were clarified, a source in the military-industrial complex said. This fact is being verified.