3 September 2019
69
A contract soldier of one of tank units of the Eastern Military District died during training at one of the military training grounds in the Trans-Baikal Territory. The press service of the BBO reports. 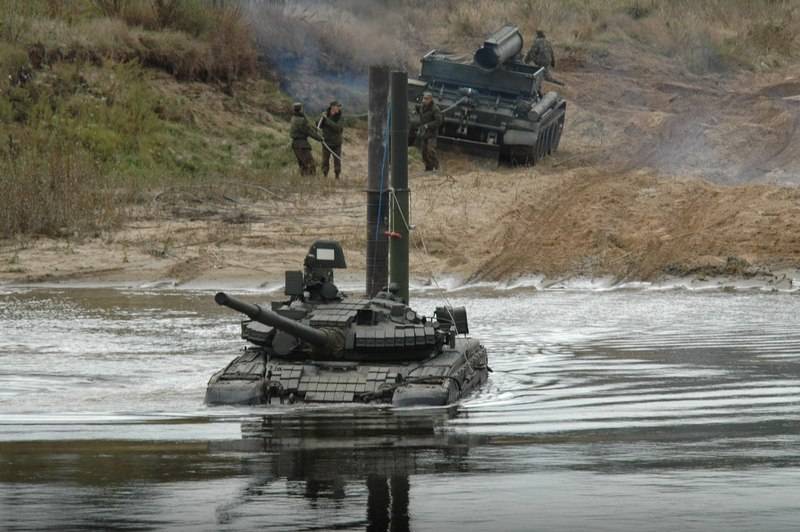 As follows from the message, classes on driving tanks under water were held at one of the BBO tank training grounds. During overcoming a water barrier, one of the tanks stalled at a depth. The trained driver and driver successfully left the car, and the instructor who conducted the classes continued to fight to save the tank and died.

In the course of carrying out planned classes for driving combat vehicles with overcoming a water barrier at one of the training grounds in the Trans-Baikal Territory, one of the tanks stalled under water. The trained driver was able to successfully leave the fighting vehicle, an experienced contractor instructor conducting the lesson fought for the survivability of the tank until the end and died
- says in a distributed message.

Currently, an audit is being conducted on this fact, a special commission of the Ministry of Defense and law enforcement agencies is working on the spot.

According to local media, the tragedy occurred on 30 in August at one of the landfills in the area of ​​the village of Peschanka, the tank died out at a depth of about 4 meters.