Getting ready for the ground. Empty Moscow streets and western broomstick flights

3 September 2019
48
Project "ZZ". Future. Close and far. From London to New York - in half an hour. Harry Potter Broom Competition. Getting ready for the earth: instead of skyscrapers, there are skyscrapers. This is the picture of life in the developed countries of the world. It will develop in about fifty years. And what about Russia? But in Russia, only the near future is visible. And it was not some foreign futurologist who designated him, but the local Mr. Navalny. According to the Western press, he changed his strategy: he refused large-scale street protests. Dense crowds of protesting opposition will probably no longer appear on Moscow streets. 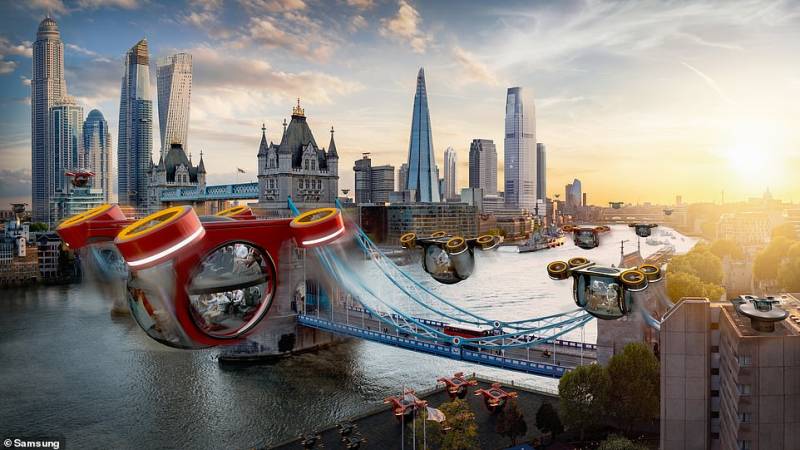 We will ride, we will rush on a rocket in the early morning

Roads under water, Quidditch on hoverboards, self-cleaning houses, space hotels, flying buses, mass production of organs using 3D printing, implants that control health ... This is how people will live in 2069 year, according to experts.

A Samsung report stated that events that seem futuristic today will become familiar over the next fifty years.

Forecasts were issued by a group of foreign scientists and futurologists representing various branches of scientific knowledge. Among the forecasters of the future were the president of TechUK, co-chair of the Coding Institute Jacqueline de Rojas, a representative of the Royal Academy of Engineering, Dr. R. Morgan, and other prominent scientists. The co-authors report is called “Samsung KX50: The Future in Focus” (“Samsung KX50: the future is in the lens”).

Among the main points of the speakers, the British edition "Daily Mail" highlighted the following.

By 2069, transport will survive a real revolution. Underwater pipe systems will be used between the UK, mainland Europe "and other regions", where high-speed containers will begin to transport travelers "between some countries in less than an hour."

In order to put an end to traffic jams, as scientists believe, mankind will switch to flying taxis and buses. As for long-distance trips, observer Tim Collins notes in the publication, they will be carried out on "reusable missiles flying at high speed in the upper atmosphere." Travel time between London and New York will be less than thirty minutes. 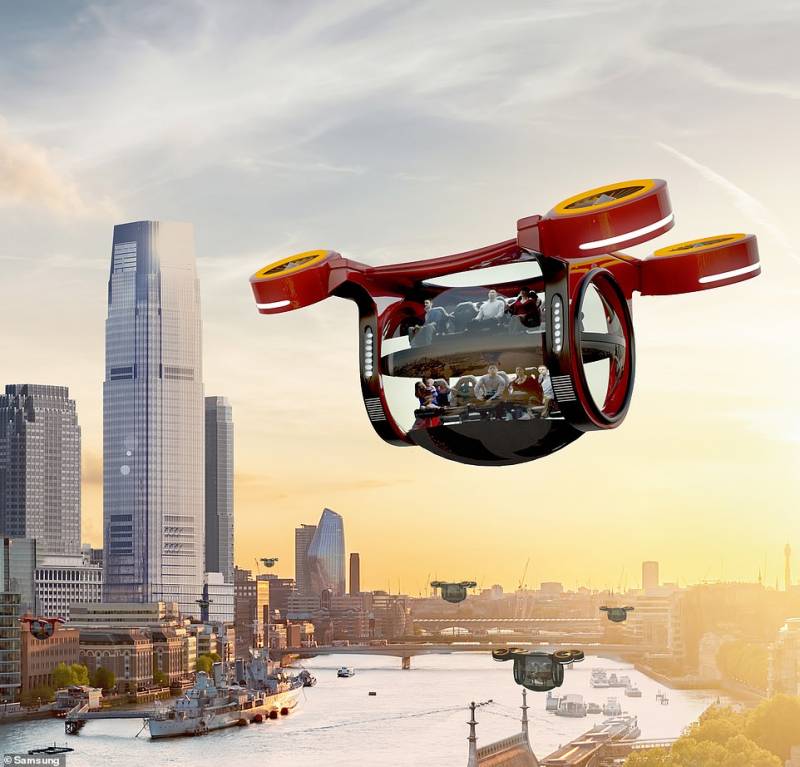 1. Underwater lines: a transport system in the form of sealed pipes, the movement of which is carried out in capsules. A link will be established between the UK, Scandinavian countries and mainland Europe. Traveling between distant points of the route will take no more than 1 hours.

2. Dredgers: Skyscrapers, on the contrary. Newfangled houses will "grow" down several floors. This will allow them to withstand earthquakes. 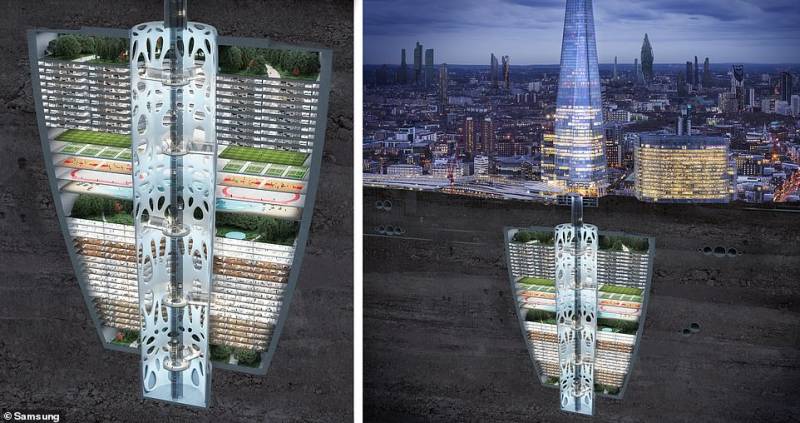 3. Self-cleaning houses: at the touch of a button, houses will “self-clean” when the tenants leave or when they sleep.

4. Space hotels: they will give people the opportunity to spend their holidays in space. Space hotels will revolve around the moon or planets of the solar system, generating their own gravity. 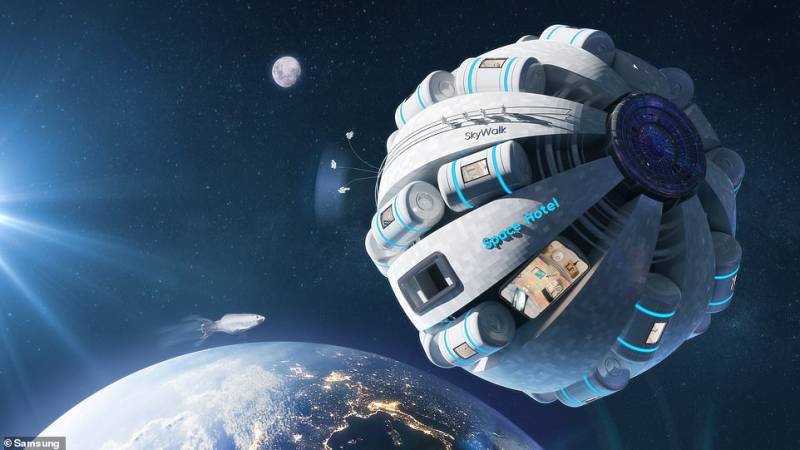 5. 3D-printing of organs: ensuring the replacement of organs for those who need it, and not only them. New bodies will be able to provide "night vision or super speed."

6. Cheap burgers with insects! By 2069, insects will be one of the main sources of dietary protein.

7. Flying buses and taxis. An air taxi and unmanned buses will lift a person above traffic jams.

8. Implants in the bodies will track health.

10. Interactive movies and games. New virtual reality: the physical participation of the viewer in action. Tactile suits will create a sense of touch and deceive all five senses. 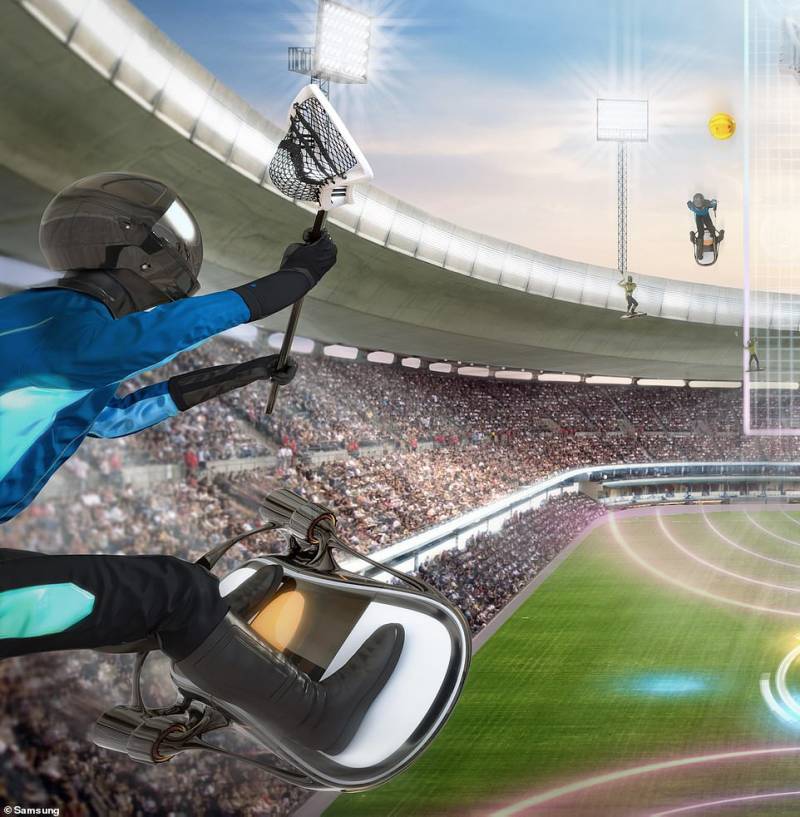 Ms. de Rojas, co-author of the report, told the reporter that the next fifty years will bring “the greatest technological changes and innovations we have ever seen.”

The British were asked which of the forecasts they would most like to see come true. 63% of respondents said that their choice is self-cleaning houses. At the second and third places were implants for monitoring the state of health and flying vehicles.

So, we note that London and Samsung are preparing for a speedy leap into the future. Apparently, despite Brexit, the UK, the EU, and the United States will soon be a single super-fast highway.

The report does not say anything about the future of Russia. Mentioned are some “other regions” of the globe, nothing more.

However, the Western press still predicted the future of its Russian neighbor. Near future.

Russians should not take to the streets, according to a Swiss newspaper Tages Anzeiger Zita Affentranger. Of course, this is not about citizens in general, but about citizens of protesters.

The Kremlin "by all means" intends to "prevent new protests in Moscow", and suddenly the "opposition leader Navalny" comes to the aid of the Kremlin. So argues C. Affentranger.

Ilya Yashin, the author further reports, for the fifth time after the "release" was immediately arrested again. “This time, according to police, we are talking about the Moscow demonstration of 3 in August. However, Yashin did not participate in this protest because he was in prison, ”says Affentranger. Another big “mystery,” says his lawyer.

Yashin’s fifth arrest shows: the authorities are again making it clear that they are determined to keep the protest leaders “under control”, the author writes. Protests must be prevented. The pressure, it seems to the journalist, is "starting to act": after a large demonstration in the middle of last month, in which about 50000 participants participated, "everything calmed down."

One of the reasons for this may be that "the opposition leader Alexei Navalny does not call for further mass demonstrations." His people "largely refused to organize protests on social networks." What is going on? C. Affentranger admits that Navalny changed his strategy. He wants his movement to be measured not by number, but by skill, the author suggests.

The number of demonstrators is not the right strategy. A genuine strategy should be aimed at "winning the ruling party in the election." That's where the change of strategy comes from, the author notes. Instead of protesting with their feet, people should choose with their minds. This means the following, Affentranger comments: voters must vote for those candidates who have the best chance of defeating the representatives of the United Russia Kremlin party in the election. And for this, Mr. Navalny created a website where "voters register and then receive the name of the most promising candidate in their constituency before the election."

It is unlikely that any independent candidates will be approved, therefore, most likely, among the candidates who oppose the “parties of the Kremlin” there will be communists. Navalny is ready to look at this deviation through his fingers in order to achieve a greater goal. If someone from the sympathizers of the opposition does not like the candidate, then United Russia is even less attractive. Here is the new Navalny strategy.

The change of strategy caused fierce debate among the Russian opposition. Some people think that this is really the best option after the opposition candidates have been "rejected." But others see this as an ordinary “betrayal of the case and those who were beaten and arrested in shares for fair elections.” Independent political scientists also “sharply criticize” Navalny’s unilateral decision. 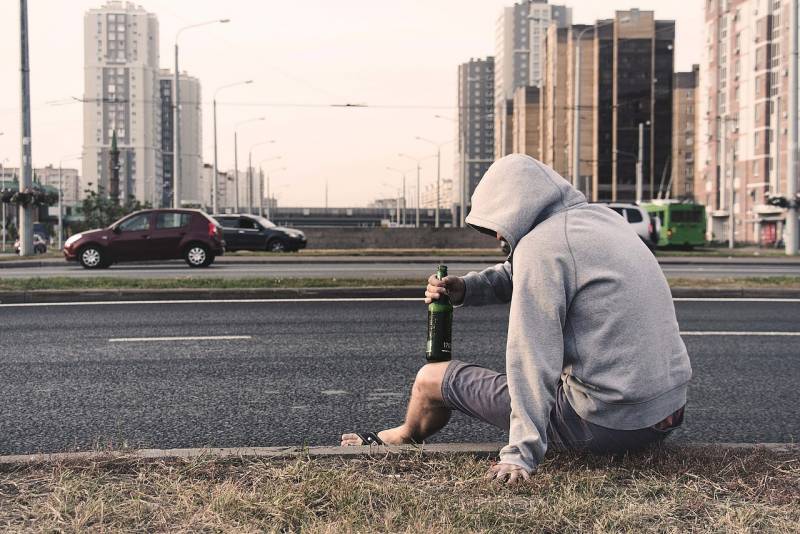 Consequently, let us note in conclusion, a change of strategy that reminds other critics of a change of course and even betrayal of ideals promises the Kremlin empty Moscow streets in the near future. Empty from the marching opposition. From onlookers. From police and reporters.

And only with traffic jams in the capital will everything remain the same. Air buses are not planned here yet.