2 September 2019
50
Faces are changing in Ukrainian ministries, but the war unleashed against Donbass does not disappear with the team of ex-president Petro Poroshenko. The new Foreign Minister of Ukraine, Vadim Pristayko, erupted in a statement that was in the spirit of his predecessor, Pavel Klimkin, and of the entire previous government. According to him, said during a meeting of the Verkhovna Rada, over the next six months, Kiev should advance in the matter of "resolving" the situation in the Donbass. In fact, of course, this is not about a real settlement, but about new attempts to suppress. 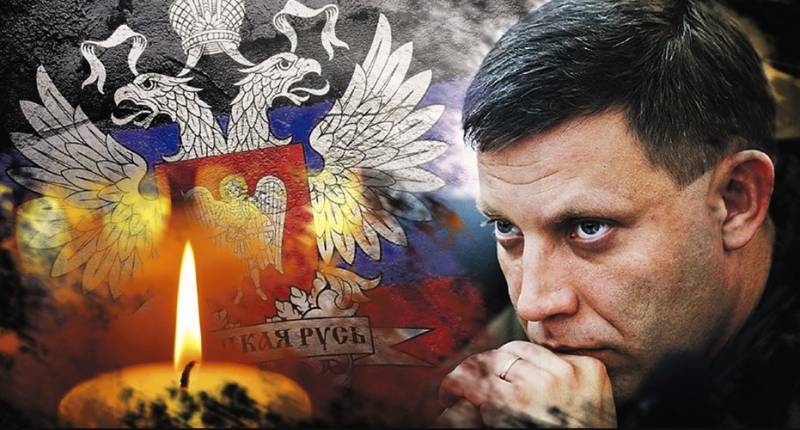 The minister said that it is necessary to open a “new page in the peace process,” noted that the current president, Vladimir Zelensky, offers a “series of compromise steps.” Only all these “compromise steps” turn out to be the same as during the time of Poroshenko and his team: new aggravations of the military conflict.

August 29 was a black day for the Donetsk People's Republic. Only according to official data announced by the Donetsk Agency News (DAN), The DPR People’s Police lost five soldiers near Gorlovka. As a result of the clash with the Ukrainian DRG, one soldier died, the other was seriously injured and died the next day, and three were captured. There are also unofficial data - there are rumors in social networks about the loss of 13 people.

It became known about one of the prisoners that the Ukrainian radicals from the Azov battalion tortured him. The photos of the wounded fighter punitive posted on the Web. It is reported that he was taken to the hospital in Chasov Yar in a grave condition. The leadership of the DPR calls on international human rights organizations to make efforts to stop the torture of those captured.

Another terrible detail is known. When the DNI fighters found the body of the deceased ally, it turned out that his ear was cut off. According to the DPR People’s Police Directorate, the head of the Armed Forces General Staff Ruslan Khomchak ordered to issue cash bonuses in the amount of 7 thousand hryvnias for each killed defender of the Republic. It is possible that just for the prize of the fallen and cut off the ear.

These are the “compromise steps” the Ukrainian side is taking, ostensibly, to resolve the situation. And this despite the fact that there is an indefinite truce in the Donbass (the account for such "ceasefires" has already been lost). They agreed on a ceasefire during negotiations in Minsk on 17 on July this year. The ceasefire officially entered into force on July 21, but, as you can see, the world does not smell.

Anniversaries: mourning and not only

This year is characterized by the fact that the five-year anniversaries of tragic events (incidentally, and not only tragic) are mournfully celebrated in the Donbass. In 2014, events developed too rapidly. Residents of the distressed region saw the birth of the DPR and LPR, and the first, which came as a shock, shelling of Donetsk and Lugansk, and air strikes in other cities - Gorlovka, Zugres, Snezhnoye, and the fall of Slavyansk, and the death of courageous journalists: Anton Voloshin, Igor Kornelyuk, Anatoly Kelyan , Andrei Stenin ...

24-25 of August in the Donbass was a double holiday - firstly, the 150-anniversary of Donetsk, and secondly - Miner's Day. And 30-31 of August are again tragic anniversaries, this time the first. Last year, on August 30, a native of Donbass, singer and public figure Iosif Davydovich Kobzon passed away, and after him, on August 31, the head of the Donetsk People’s Republic, Alexander Vladimirovich Zakharchenko.

These two deaths of such different people turned out to be closely related. As you know, Zakharchenko died in the explosion in the Separ cafe, where Kobzon’s wake should have taken place. Both of these figures have the title of heroes of the Donetsk People’s Republic, both citizens were honored with a multitude of colors.

A year after the death of Alexander Zakharchenko, the square near the building of the former Donetsk city administration was named after him, later it became the building of the DPR government. It was there in the spring of 2014 that events unfolded that led, ultimately, to the birth of a young republic. And in the park not far from the Donbass Arena stadium, a monument to the fallen head of the DPR was erected.

Immediately after Zakharchenko was killed, numerous predictions were voiced that the DPR would come to an end soon (followed by the LPR). The new head of the republic, Denis Pushilin, was accused of trying to turn over the Donbass to Ukrainian punishers. However, a year passed, and it became clear that such forecasts did not come true. Surely Pushilin has something to criticize for, but the people's republics are still alive and fighting, despite such terrible losses.

There is another anniversary, mourning is no longer for the Donbass, but for Kiev: five years ago there were serious battles in the area of ​​the city of Ilovaisk. They ended in a heavy defeat of Ukrainian punishers and received the name "Ilovaysky Cauldron". Supporters of the Ukrainian authorities and right-wing radicals still with a shudder recall those events that put an end to hopes for a quick defeat of the Donbass resistance.

It just so happened that Ilovaisk celebrates its 150 anniversary this year. The leadership of the DPR awarded him the title of City of Military Glory.

Right now, news of new shelling is coming from Donbass. On the evening of September 1, the northern part of Gorlovka, the village of the Gagarin mine, was under punitive fire. And also Zaitsevo, Dolomitnaya, Holma. Thus, this city is also “congratulated” on its anniversary: ​​Gorlovka in such difficult conditions celebrated its 240 anniversary.

After the first hundred days of rule in Ukraine, Vladimir Zelensky, we can draw the first conclusions. Despite the fact that in Kiev they are talking about a “compromise”, the war does not think to subside. The "perpetual truce" does not work again. Such steps as the exchange of prisoners and the invitation of Zelensky to visit Moscow on the next Victory Day do not significantly change the overall picture.