August 31 2019
72
The Russian law enforcement agencies expressed interest in the latest Boa constrictor pistol, but in a different caliber. According to TASS, citing a statement by pistol designer Ivan Kozlov, security officers were interested in a pistol under the Parabellum 9X19 cartridge. 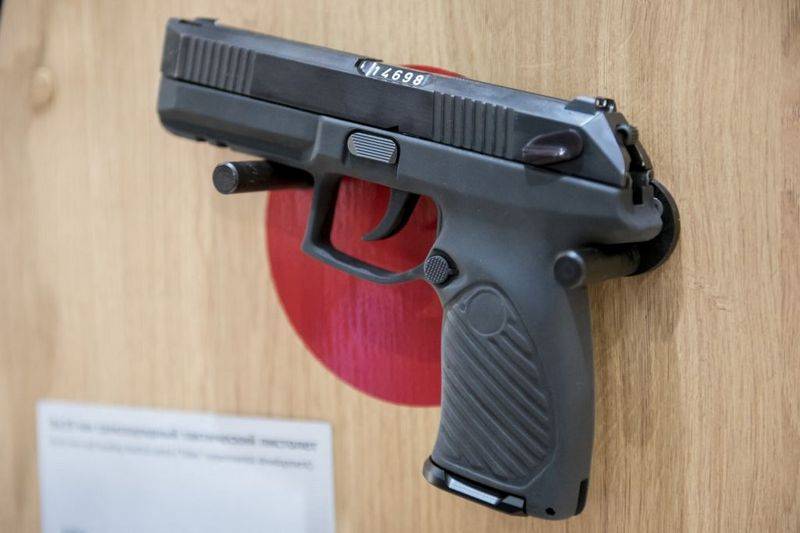 Russian security officials expressed interest in the latest Boa constrictor pistol chambered for the Parabellum 9X19 cartridge after this pistol was presented at the Army-2019 forum in June this year. As stated in TsNIITochmash, the version of the gun chambered for 9X19 mm is no different from the "army" version for the cartridge 9X21 mm. Only the caliber turned out to be smaller, all other characteristics, including high strength weaponsremained similar.

There is a consumer on the Boa constrictor with the 9X19 mm cartridge - law enforcement agencies interested in continuing this work
- said the designer, adding that on the “Army-2019” pistol caliber 9 × 19 mm was presented in two versions: tactical and sport.

Earlier it was reported that the "Boa" pistol of the caliber 9X21 mm began to enter the Russian armed forces to replace the Makarov pistol in service. The "boa constrictor" passed successfully state tests and is in the army for experimental military operation.

The "Boa" pistol was created at TsNIItochmash. The length of the "Boa" is 206 mm, the height is 145 mm, the width is 36 mm. The gun is characterized by a relatively small mass, which in unloaded form is 780 g, and in loaded form - 980 g. The store holds 18 cartridges. Picatinny rails are integrated on the pistol; they allow you to install laser target designators and tactical lights on the weapon.