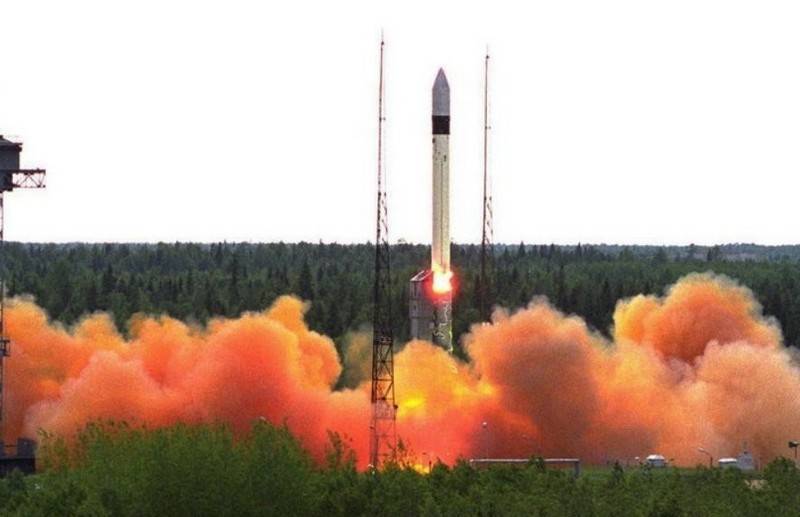 The launch was made in 17: 00 Moscow time. time from the third launcher. The launch of the launch vehicle was normal. The rocket should put into orbit a military satellite, the name of the spacecraft is not given.

All prelaunch operations and the launch of the Rokot space rocket took place as usual. Ground assets of the Space Forces of the VKS carried out the launch and flight of the launch vehicle
- it is spoken in the message of the Ministry of Defense.

Five minutes after launch, in 17: 05, the head of the rocket with the Breeze-KM booster block separated from the second stage.

The Rokot rocket is a light three-stage light carrier rocket designed at the Khrunichev GKNPC on the basis of the UR-100N UTTKh (RS-18B) intercontinental ballistic missile as part of the conversion program. Allows you to put into orbit up to 2150 kilograms of payload when using the Breeze-KM acceleration block. The first launch of Rokot took place from the Plesetsk cosmodrome on 16 on May 2000.
Military Reviewin Yandex News
Military Reviewin Yandex Zen
29 comments
Ad