August 30 2019
72
A new Russian-made Udav pistol began to enter the troops. About this in an interview with the TV channel "Russia-24"Said a representative of the state corporation" Rostec ". 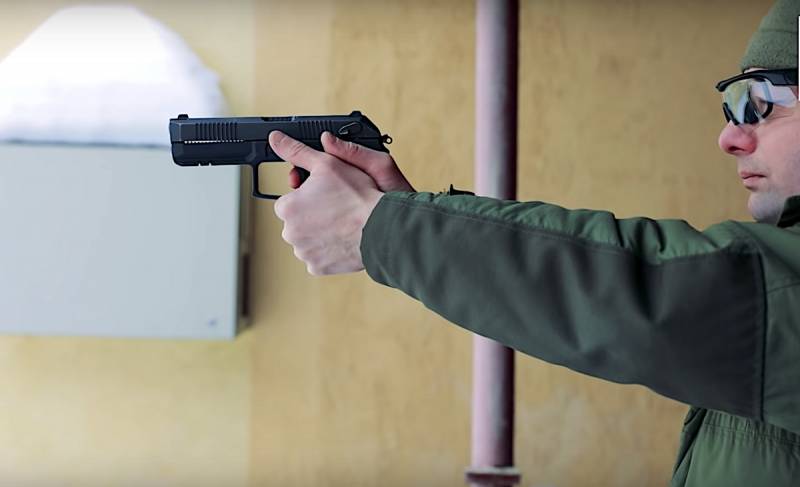 Promising pistol "Boa", designed to replace the Makarov pistol in the Armed Forces of the Russian Federation, began to be delivered to the army. Information about this was voiced by the industrial director of the state corporation Rostec Sergey Abramov.

We have already passed state tests, we are supplying troops.
- Abaramov described the situation, talking about the new weapons. The Rostec official emphasized that the designer of Udava, Ivan Kozlov, is only 26 years old.

A new gun was created in TSNIITOCHMASH. Prior to this, the Izhevsk Mechanical Plant tried to introduce a PM replacement - at the enterprise, as part of the Grach project, they developed a Yarygin pistol (ПЯ), and the Kalashnikov concern - the company in 2017 introduced the Lebedev pistol (PL). PJ began to enter the troops in the 2011 year, however, due to production problems, it established itself as an unreliable weapon. In the Armed Forces, the main pistol is PM.

The general public information about the development of "Boa" was first voiced at the exhibition "Innovation Day of the Ministry of Defense of the Russian Federation" in October 2015. Prior to this, TSNIITOCHMASH gained serious experience in the development of short-barreled weapons, creating a pistol for special units of Gyurza. 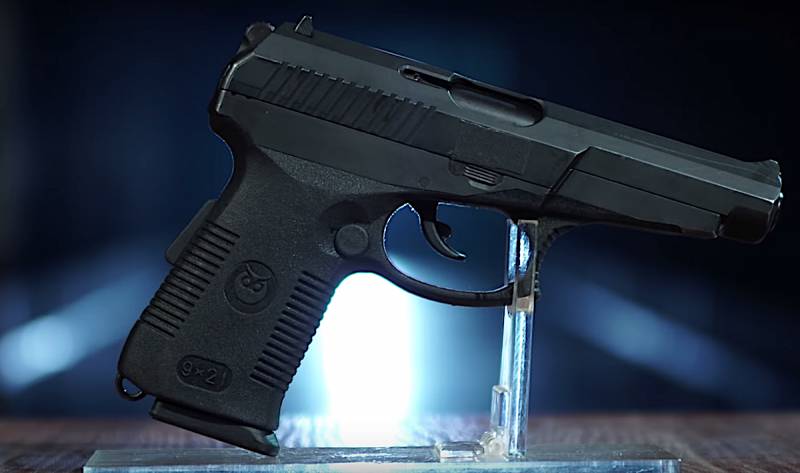 "Gyurza" is capable of piercing all types of light bulletproof vests, it was adapted for hidden wearing due to the streamlined shape of the parts. It uses a double fuse. One of them, a whisper lock, is located on the back of the handle, the second on the trigger. The new gun was developed taking into account the experience.

Non-metallic materials are widely used in the gun

In a note TASSdedicated to "Boa", it is noted that non-metallic materials are widely used in promising weapons. Its caliber is 9x21 mm, length is 206 mm, height is 145 mm, width is 36 mm.

The pistol uses a polymer frame made of modern composite materials that allow you to work effectively with weapons at temperatures from - 50 to + 70 degrees Celsius: the problem of working at low temperatures often plagued pistols with an abundance of non-metallic parts. 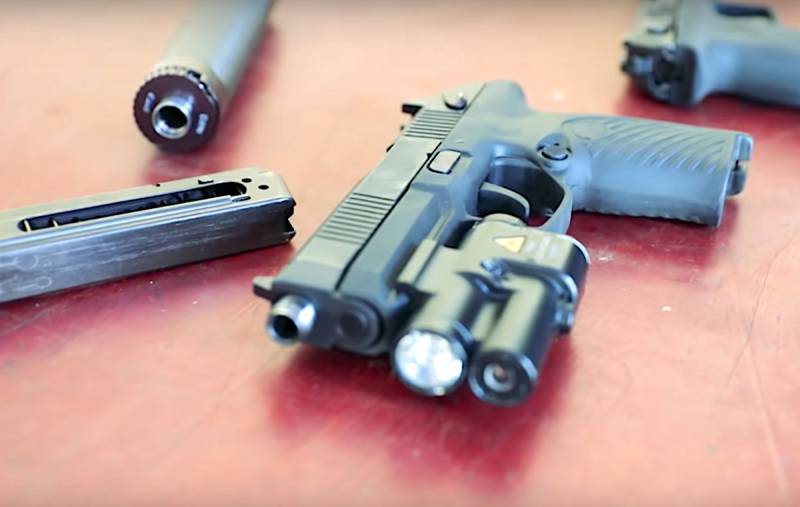 The "boa constrictor" is equipped with a double-action trigger mechanism. It is assumed that it will be released in two versions - The Udava uses SP-10 / 11 ammunition, including armor-piercing and an expansive bullet. These cartridges are also the main cartridges for the Gyurza. Two versions of the pistol will be developed - the regular and the special, the special one will be equipped with a muzzle thread for a silent firing device (silencer, PBS).

Picatinny rails are integrated on the pistol; they allow you to install laser target designators and tactical lights on the weapon. TASS, quoting the representatives of the plant, notes that for Udava combined day-and-night infrared combined centers were specially developed.

In unloaded form, the mass of the pistol is 780 g, in unladen - 980 g. The capacity of the Udava store is 18 cartridges. It is worth noting that two of the latest ammunition of the caliber 9x21 mm were specially developed for this gun. One of them, subsonic, can be used with PBS, the second has increased penetration. Target hit range - up to 100 m.
Military Reviewin Yandex News
Military Reviewin Yandex Zen
72 comments
Ad