August 30 2019
26
The Orion reconnaissance UAV, developed by the Kronstadt group of companies, has been put into serial production. This was announced by the CEO of the company Sergey Bogatikov. 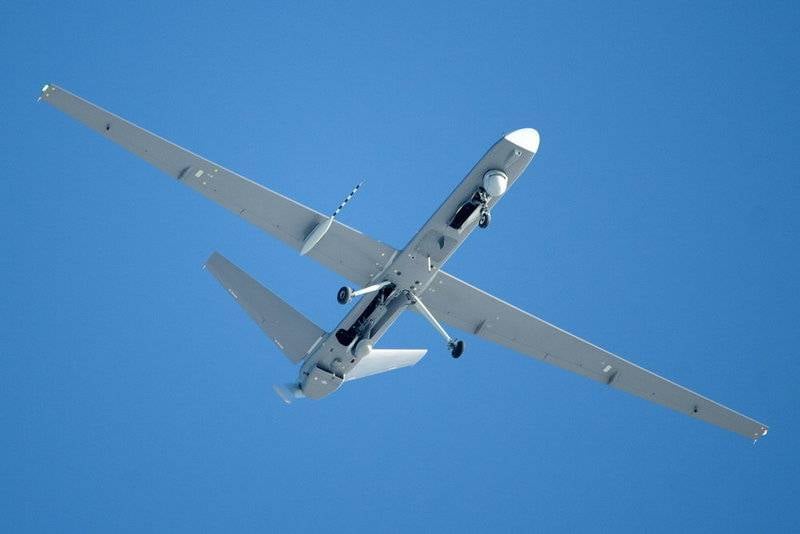 As the general director explained, an installation party of drones is being prepared for delivery to the armed forces under the contract concluded with the Ministry of Defense. The company has organized mass production of drones and is working on the creation of large-scale production. The first batch for the Russian army will be ready and delivered before the end of this year.

What is being prepared for delivery now is more of an installation batch, but this is already the first serial contract. We are now starting work on creating a large-scale production, on which it will be possible to build up to seven such complexes a year - these are about 30 drones
- Bogatikov explained, adding that each kit will include from 3 to 6 drones, depending on the tasks.

As previously reported, the Orion reconnaissance UAV of a long duration was created as part of the Rocket Launcher, under a contract with the Ministry of Defense. The reconnaissance drone was tested in Syria.

The maximum take-off weight of the drone is 1100 kg, the payload weight is 250 kg. The length of the apparatus is 8 m, the wingspan is 16 m, and the flight duration is 24 hours. On production samples, the Russian APD-110 / 120 engine with an AB-115 twin-blade propeller with a diameter of 1,9 meter should be installed. A set of reconnaissance equipment is installed on the drone.

To give Orion the functions of an impact UAV, OKB Aviaavtomatika LLC (Kursk) specifically for the UAV, a new aviation armament complex was developed, which includes three guided bombs - one 25 kg caliber and two 50 kg caliber. As part of the Army forum -2018 "company" Kronstadt "introduced a control unit specially developed for" Orion " weapons and a proprietary ammunition prototype weighing up to 50 kg.