August 30 2019
128
The United States put forward a new version of the explosion in Severodvinsk. According to intelligence, it is not associated with trials and has a completely different background. CNBC American Channel publishes this information with reference to its own sources directly familiar with the report. 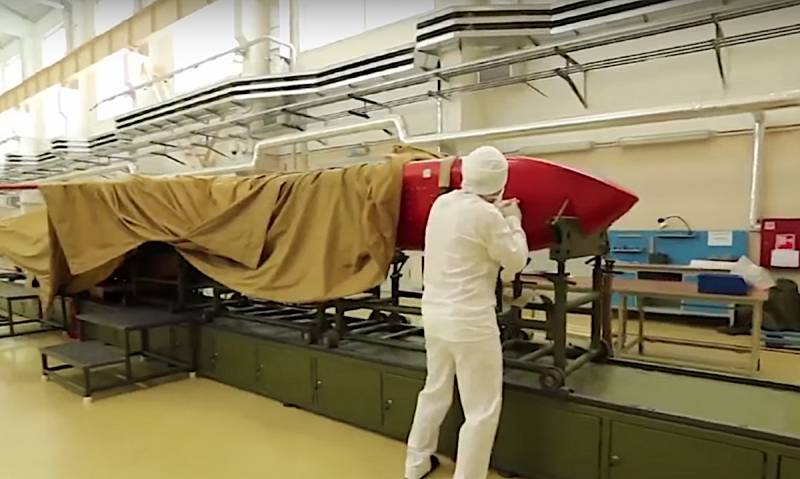 A new version of the "mysterious explosion" that occurred in the vicinity of Severodvinsk was put forward in Washington. Recall that on 8 of August of this year, an emergency situation occurred at the Nyonoks training ground, as a result of which 5 people were killed, three were recognized as injured.

Until recently, the main version of the incident in the United States itself was an unsuccessful test of the 9M730 "Petrel" nuclear missile (NATO's Skyfall classification). The official statement states that the explosion occurred during tests involving a radioisotope power source in a liquid-propellant jet engine. However, a fresh report by American intelligence says that an explosion off the northern coast of Russia occurred during a mission to lift a rocket from the bottom of the ocean.

The incident was not associated with new missile tests, it was an attempt to extract from the bottom of the sea and save the lost missile, lost during the previous one.
- quoted CNBC as its anonymous interlocutor, directly familiar with the assessment of US intelligence.

An explosion occurred on one of the ships participating in the operation, which caused a reaction in the nuclear core of the rocket. This led to a radiation leak.
Another source told CNBC.

The U.S. intelligence report does not mention potential health or environmental risks associated with damage to a rocket's nuclear reactor.

Russia has been preparing for a long time

The channel emphasizes that in the 2018 year it received detailed information about Moscow’s preparations for raising the lost rocket in the Barents Sea after an unsuccessful test. According to CNBC, three vessels were to take part in the operation, one of which was supposed to place equipment for processing radioactive material from a nuclear core weapons.

If the Russians managed to return the rocket, analysts of the American intelligence say, Moscow could use this procedure in the future.

US does not believe in "Petrel"

According to CNBC, Petrel was tested once earlier this year. Before that, the weapon was tested four times between November 2017 and February 2018, each of the launches, according to the American television channel, led to an accident.

US intelligence claims the longest test flight lasted more than two minutes. The rocket flew about 40 km before losing control and breaking. The shortest test lasted four seconds, the rocket flew 8 km. Washington also stresses that for the successful use of the rocket, Russia has to conduct several more tests.

At the same time, TASS claims that in January 2019, successful tests of a nuclear power plant passed. The American editions of The Diplomat and Business Insider in early February 2019 reported, again again with reference to US intelligence, about testing a rocket at the Kapustin Yar test site: it was recognized as "partially successful."
Military Reviewin Yandex News
Military Reviewin Yandex Zen
128 comments
Ad