August 30 2019
85
The command of one of the Indian armored divisions reports an emergency during practical firing. Indian resource The Economic Times found out that the incident occurred during the firing of tank T-90. 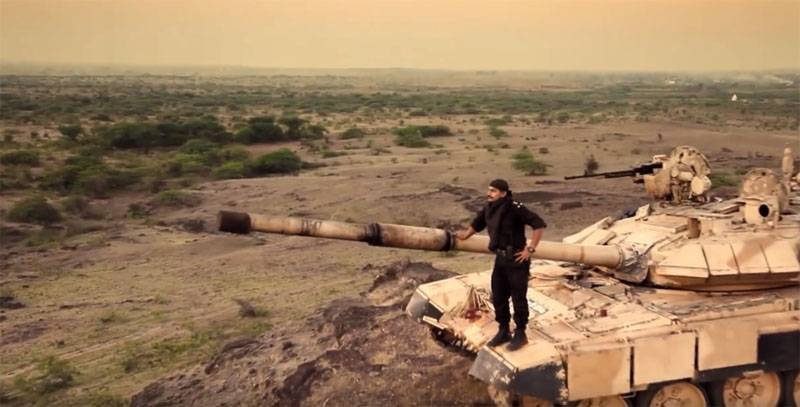 The publication reports that when firing at one of the firing ranges during the projectile exit from the tank barrel, an explosion occurred. The barrel of the tank was torn apart, the fate of the crew is not reported.

This is an incident that occurred with T-90 "Bhishma" at the training ground in Pokhran (Pokran). This is the Jaisalmer district in the province of Rajasthan.

The spokesman for the Indian Ministry of Defense, Colonel Sombit Ghosh, stated that the incident with the rupture of a tank barrel during the firing took place last Wednesday. According to Colonel Ghosh, the necessary investigation is already underway with consideration of two versions about the causes of the incident: technical problems and the human factor. However, Gauche did not say anything about whether there were casualties as a result of this incident.

In the meantime, all sorts of versions of the T-90 tank incident are starting to be published in the Indian blogosphere. In some cases, the use of ammunition that was not stored in accordance with accepted standards is reported. Officially, this information is not currently confirmed.