August 29 2019
67
Russia has found a way to increase the speed of a combat helicopter to 600 km / h. It is reported TASS with reference to the management of JSC Kamov. 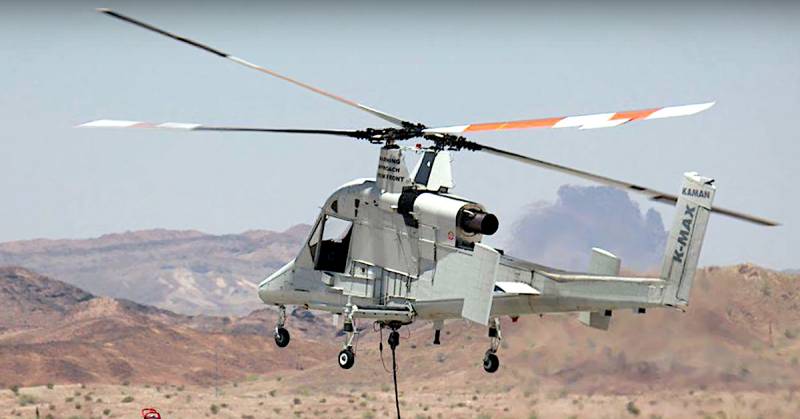 The general designer of Kamov JSC Sergey Mikheev claims that his company managed to find a solution by which it is possible to increase the speed of a combat helicopter to 600 km / h. Mikheev told reporters as part of the International Aviation and Space Salon MAKS-2019.

The general designer of the design bureau notes that at the moment "We lag behind the demands that exist." The designer mentioned Boeing, which, together with Sikorsky Corporation, is creating a promising car with a speed of 480-550 km / h. According to Sergei Mikheev, Russian programs do not yet have such indicators. However, he claims that a solution was found at Kamov.

I managed to find a solution, I patented it that a combat helicopter can fly at a speed of more than 600 km / h.
- quotes his words "Interfax".

At present, in Russia, the development of a promising high-speed helicopter is being carried out by Milia Design Bureau. The Kamova design bureau, known for its active use of coaxial circuits in helicopter engines, has also developed its own version of a promising machine, but the Ministry of Defense is the main project of a competing bureau.

The draft design of “Kamov” was a “syncopter” with two main and one thrust propeller. Its estimated speed was to reach 420 km / h. The design bureau is currently developing a new generation Lamprey marine helicopter.

Russian perspective helicopter on the way

A promising helicopter, which is currently being developed in the interests of the Russian Aerospace Forces, should go into production with 2022 of the year. About this when he was commander in chief of the Aerospace Forces of the Russian Federation, Viktor Bondarev reported. Initially, it was assumed that a civilian version of the machine would be developed, but it turned out to be too expensive for commercial operation, so all the developments were transferred to the military.

At the moment, several countries are developing promising high-speed helicopters at once, since the maximum speed of modern rotary-wing aircraft usually does not exceed 300-350 km / h. At the moment, there is an extremely small number of cars that can cross the 400 km / h bar: these are S-97 Raider in the USA and Eurocopter X3 in Europe.
Military Reviewin Yandex News
Military Reviewin Yandex Zen
67 comments
Ad