The young generation and the US Army: "stolen childhood"

August 29 2019
144
In the liberal editions of Russia, along with editions of Western countries, one can often find materials about the “Russian military”. The meaning of the materials is that in Russia children are "taken away from their childhood" by writing to all kinds of "army camps". Are there no military-patriotic camps and military-patriotic education for the young generation in the West? Find out. 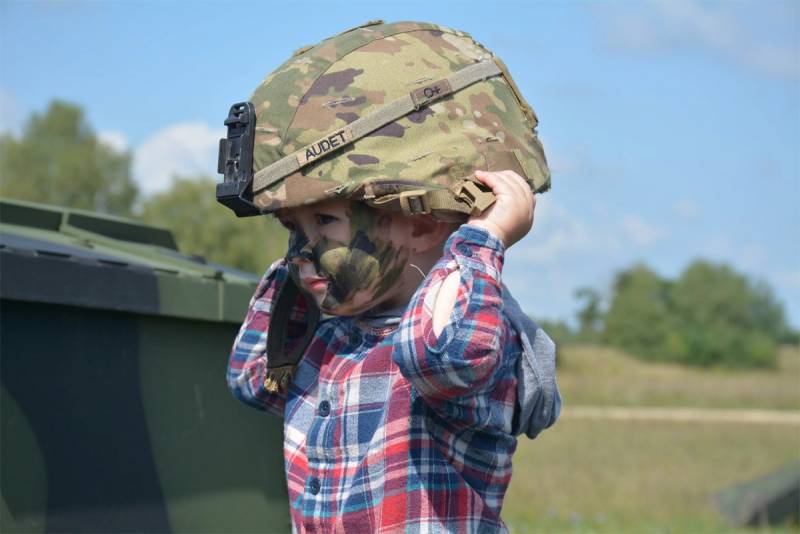 The “terrible” reports of Western journalists tell us that in Russian military-patriotic camps and in life-saving lessons in schools, children are taught how to disassemble and assemble Kalashnikov assault rifles for a while, try on military uniforms, military uniforms and other military attributes.

For the western citizen, as well as for the admirer of ultra-liberal values ​​in Russia itself, all this looks like a "militaristic nightmare" and fits into the concept of "Russia preparing for an aggressive war."

At the same time, in the West they are trying to bypass the topic related to the fact that the cadre military are engaged in the basics of military training in their own countries. Such data in the NATO countries is somehow not customary to cover in the press. Another thing is to talk about “aggressive Russia.”

Fun starts with army stretchers for 4-year-old boys in the USA: 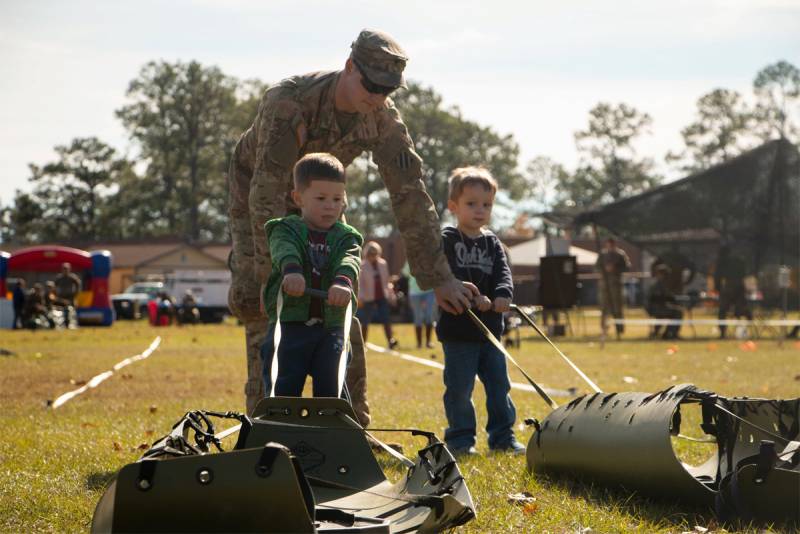 The so-called "motivational day" - stories about serving in the US Army for schoolchildren (and not only for American): 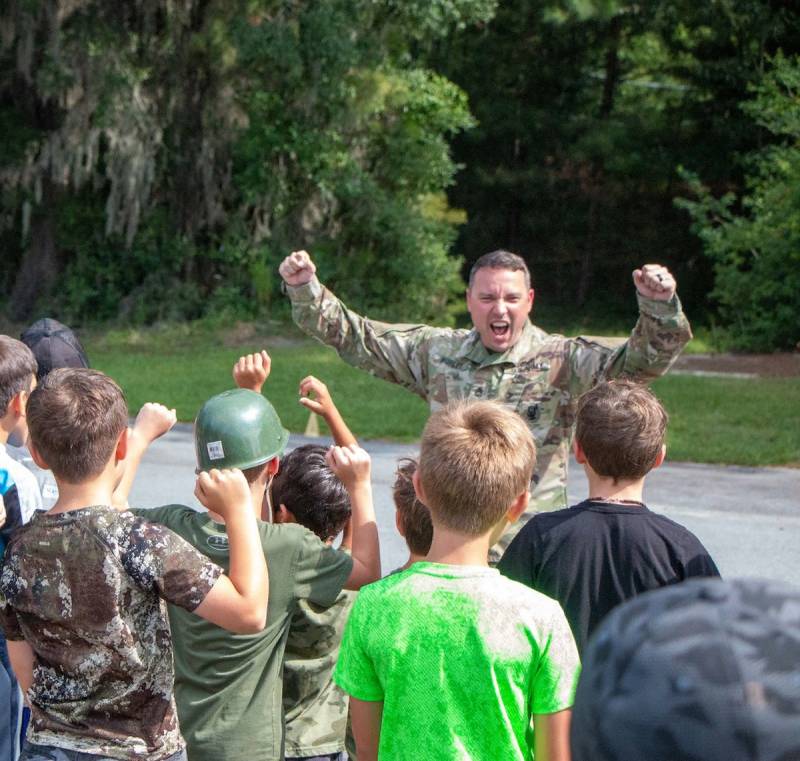 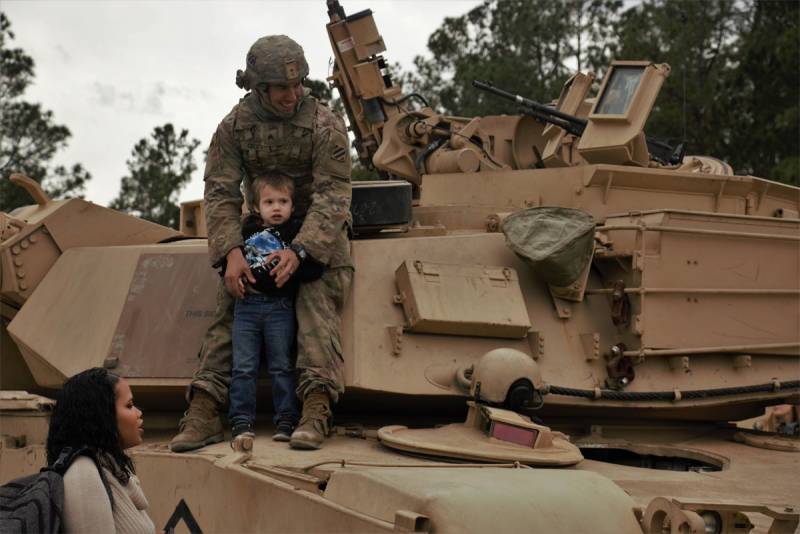 Imagine how the Western press could react if the soldier, the child and the tank were not American, but Russian. Perhaps we would read the following: "A Russian soldier, against the will of the child, is trying to push him into the tank." And in one of the American divisions they describe it like this: "Our future tanker."

Children are shown the principle of controlling a drone: 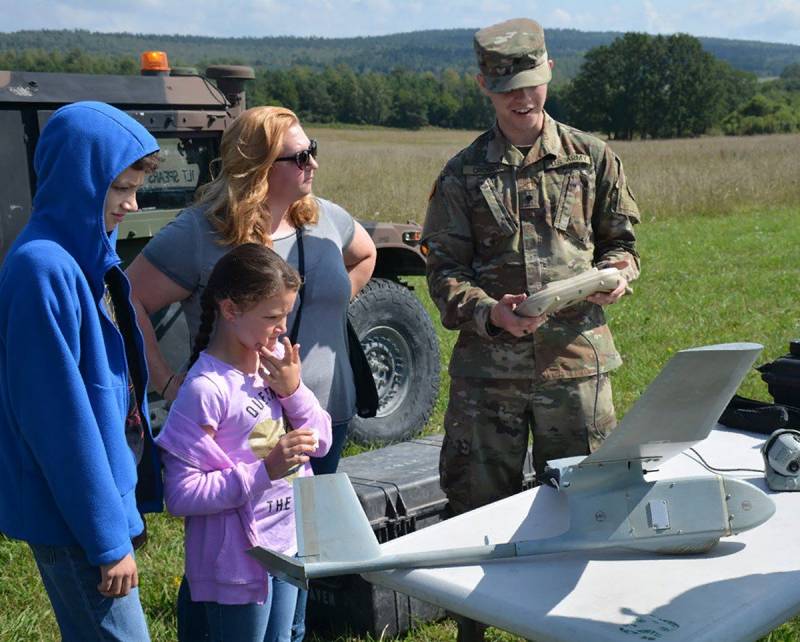 The courses of the so-called scouts and young rangers in the United States have been around for decades. But at the same time in the Western press this is not called the term "stolen childhood."