Who will give the troops a connection?

August 29 2019
103
Probably, no one will argue with the fact that communications have been one of the most important components of the modern army for decades. Even during the Second World War, the one who could provide the best information exchange between headquarters and units and units received a huge advantage. And vice versa, in the case of misinformation of the enemy, or a violation of his communication communications, the latter was not just to get out of the situation.

Unfortunately, the state of communications in the modern Russian army is simply depressing. Especially at the very bottom, at the company-platoon-squad level. It is no better any higher, but the lower the brigade’s headquarters, the sadder it gets. 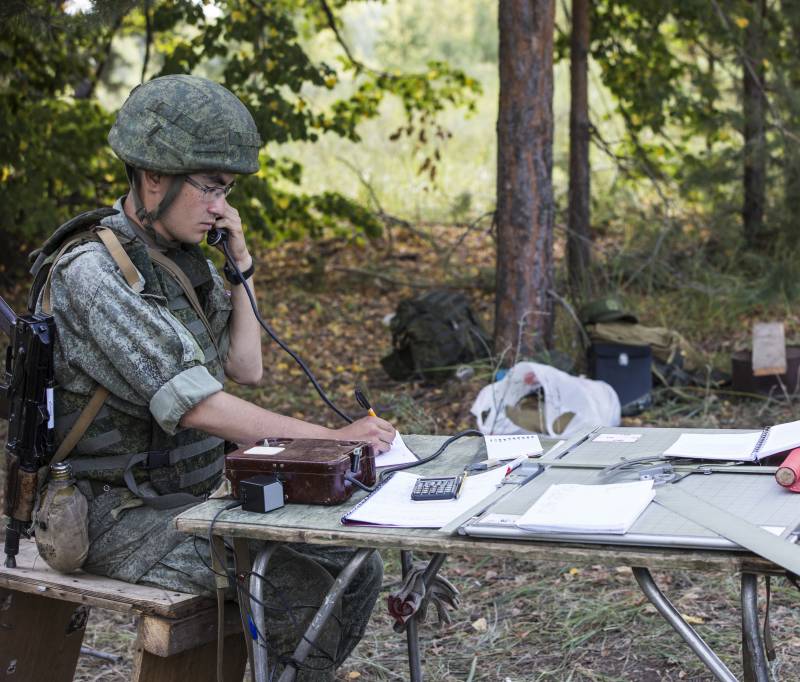 On the one hand, the time of multi-kilogram lamp-shaped coffins such as "Astra" and "Sail" is a thing of the past. And to replace them?

But with the change, everything is not very good. It seems like there is a "Sagittarius", "Aqueduct" ... But just that, "sort of like." Having visited more than one part of the most diverse branches of the army, from the RBK to the motorized rifle, I have not seen new systems in any of them. None.

Moreover, it cannot be said that I did not see Sagittarius and the Aqueduct. Of course I did. It is clear where, on the forum "ARMY- ...". There they were calmly present as exhibits, along with promises that "just about, no further than tomorrow" these systems will already appear in the troops.

It is possible that in the near future they will really appear where they are so needed. In the meantime ... For the time being, in the hands of officers and sergeants of the Russian army of various branches of the armed forces are at best "Baofengs" produced by the PRC. 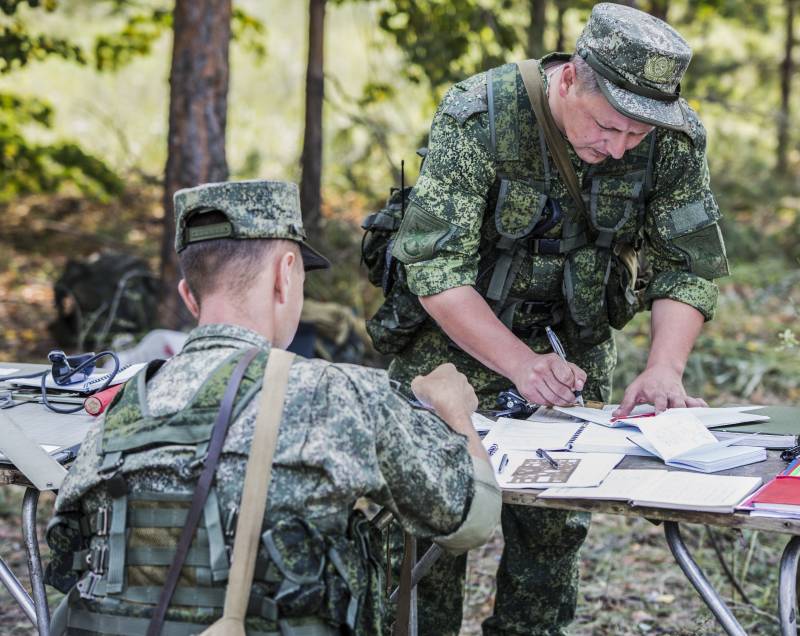 There he is, so modestly at hand ... I didn’t shoot specifically, there was no reason, but it was not my fault that they were at every step.

Having asked the question to more competent comrades, in response I received a very comprehensive answer. Yes, new communications systems are coming to the troops. But so far they are categorically lacking, therefore, in the first place, units are supplied that are “on the cutting edge,” respectively, officers are forced to purchase for themselves what is more convenient for them.

I don’t dare to judge how much the units and subunits of the 20 Army are “not important”, why, in fact, they have not reached the modern communication systems. If from my point of view, then the 20 Army is located on the border with the most inadequate of the neighbors, from which you can expect anything you want. And it is precisely here that the latest complexes, including communications, should be armed.

Alas, the Kenwoods and Baofengs are our everything. Unfortunately.

Apparently, “Sagittarius” and “Aqueducts” are the destiny of “court units” somewhere near Moscow. And on the border with Ukraine, the "Chinese" will easily come up.

Moreover, again, the military budget is not straining at all. Radio stations are bought by personnel in online stores or specialized trading establishments.

As you like, but the fact that officers and sergeants buy radio stations for their own use is nonsense. Moreover, buy what? That's right, walkie-talkies of civilian range. Which anyone can listen to, make any conclusions, not to mention the fact that all this is completely unreliable and simply insulting. 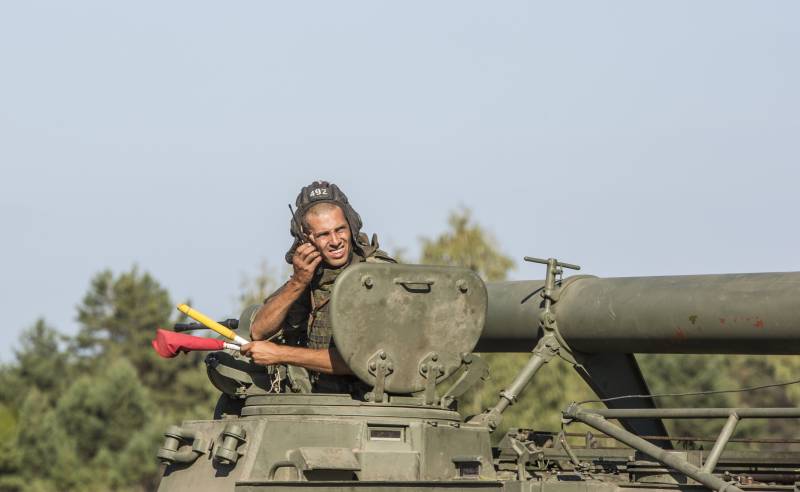 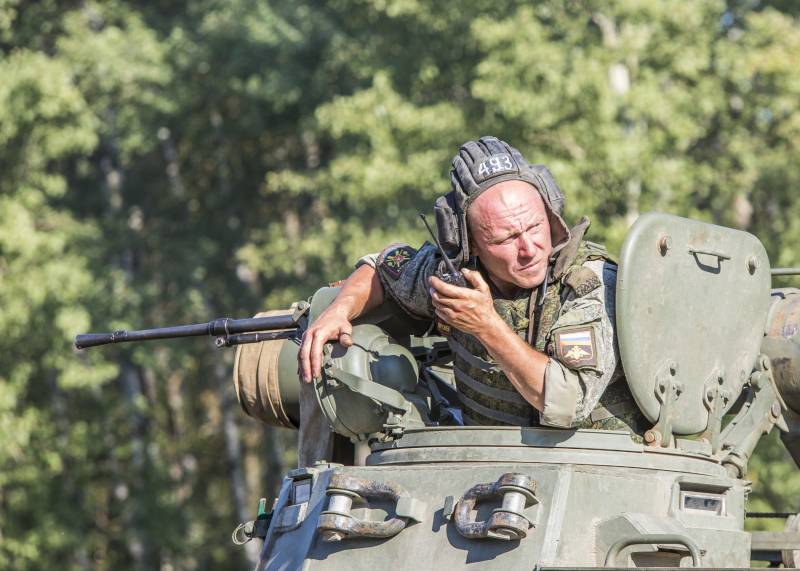 Of course, we can assume that in the hands of “Argut”. Can.

I did not use the above systems such as "Aqueduct", but I was able to evaluate the "Russian" product under the brand name "Argut". In 2015, I had such an opportunity to test with the ability to keep digital Argut-77. He left the old “five” from “Baofeng” in the end, because she beat “Argut” in all respects. Further, cleaner, more reliable.

Apparently, because 77 was not taken root and was discontinued.

But these are all the nuances. In general, the very presence of civilian radio stations in the troops is nonsense of inflamed imagination. Okay, the LDNR militia, everything went to work there, but the Russian army on Chinese civilian radios from the "aliexpress" ... Sorry, I have no other word for "disgrace".

But what is the most interesting? the most interesting thing is that a reaction to our critical articles may well follow. They read us there ... I just think that it is unlikely that the expected normal communication systems with channels closed from unnecessary ears will flood the troops. Rather, the "Chinese" will be banned.

Although how to ban them? Then, in general, everyone will be left without this very bond, damned and blessed. And what to do?

In general, I very poorly imagine the large-scale military operations performed by our units, where the communication is assigned to civilian "Chinese". Of course, we can say that this is a cunning plan. That the enemy will interfere on the official ranges, and we, so cunning, will issue commands to civilian ones and we will defeat everyone.

In the meantime, all these means of communication will creep to the signalmen in the troops, they will not understand what they use (more precisely, understand, but how!), Hiding the Baofeng and Kenwood from their prying eyes (thank you for not Motorola ), and pretend to use the old ancient coffins with might and main.

Incidentally, an important aspect: I understand that some museum antiquity stands in parts. And perhaps you can even use it. It is clear that a normal officer or contract sergeant will really take what is convenient for him to work with. That is, a light and reliable Chinese walkie-talkie.

But here comes a check, say, from the district headquarters. Naturally, a team like "remove the Chinese!" And from the warehouses and kapterok these ancient monsters will be removed. And here the whole question is exclusively in the ability to use them. I think that the level will not be expectedly advanced.

Here is such a not very beautiful situation. Of course, when I see in the hands of the officers these same P-168-0.5 WILL be the Aqueduct, I will scream with joy and with great pleasure I will create a whole report on this subject.

Unless, of course, I will be destined to see this pleasant moment. But while I live - I hope. I hope that communication in our army will be not only in words, on paper and through the TA-57 wires.

I really hope so.