August 31 2019
51
It all started with the victory of Donald Trump in the presidential election in 2016 year. 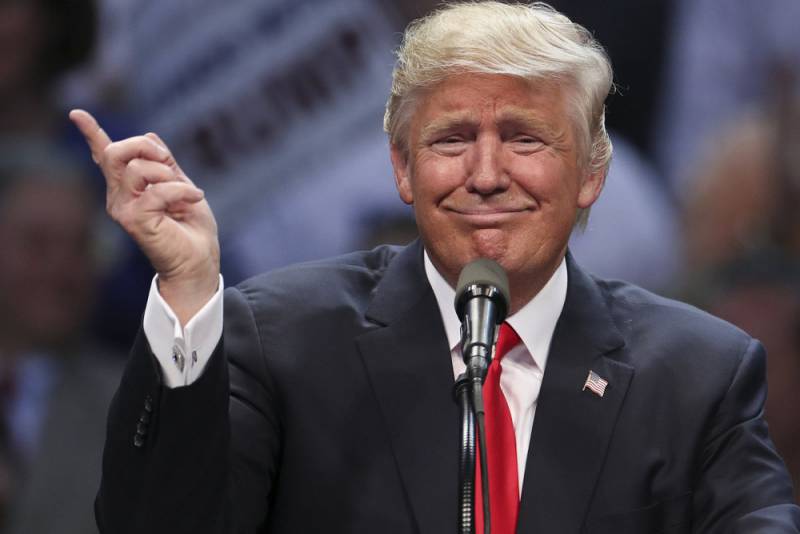 The plot of the "democrats"

To impose Trump's anti-Russian policy, put him, so to speak, in “his own stall”, with the help of the world American press, Trump was slandered by “conspiring Trump with Putin” and “Putin's agent”. Only this was proved by special prosecutor Robert Muller with his two-year investigation.

Here's how you can work with a country in which you slandered your president, and no one was held responsible for it? What then do American “world media” about the world and the leaders of other countries carry?

Stupidity as a Politician

When Trump was blasphemed with false, and British descent, the process of Anglo-American elite stupidity began to gather momentum unceasingly and gave out the absurd "Skripals case". The Western vassal community swallowed it, and after that the process of stupidity of world politics seemed to be irreversible.

Sergei Skripal, who survived the fatal poisoning, rejected the version of Teresa May, Boris Johnson and the world media about Putin’s trail in a closed interview with an English special journalist, which he indignantly told, for which Skripal and his daughter were either kept in asylum or in prison? And stupidity took a new height: Skripals were poisoned and kidnapped in Britain, the investigation was “at zero”, but the Russian president is to blame!

Malaysian officials questioned the objectivity of the Netherlands investigation into the Malaysian Boeing disaster in the sky of Ukraine, called it biased against Russia and closed - Malaysia itself was not allowed to visit it! Again the fantastic stupidity of our Western ill-wishers.

Trump, in response to a fake policy against him, also includes a “fool”, as is sometimes done in talk shows, where he turned around for a while. When undermining under him, Special Prosecutor Mueller failed.

President Trump tossed Greenland to the world, decided to buy this ice-covered Danish island for the United States, and the entire world community rushed to discuss the burning news. Denmark and Copenhagen seemed to be outraged, and Trump canceled his visit to Copenhagen! We are waiting for Denmark to complete the “Nord Stream - 2” for “insulting Greenland”.

But that is not all! In an interview with French President Macron, and then at G7 in Biarritz, the American president suggested returning Russia to G8! Circles went around all the world’s weights, all the “world leaders” were noted, except for the one whom it affected in the first place - Russian President V. Putin. A spokesman Dmitry Peskov modestly joked at him: this is the opinion of only two countries.

Still, Donald Trump is “Putin's agent”! So spank Denmark for the sticks in the construction of the pro-Putin SP-2! So control your vassals in G7! To know their place under an American shop! And how cleverly Trump is hiding under this “China”!

Show must go on

From the latest world nonsense. The head of the Pentagon invited Russia to abandon the newly developed latest weapons, otherwise the United States will withdraw from the START-3 treaty. This chapter did not say a word about the corresponding American arms, something with his head?

Before this landmark offer, the United States launched a cruise missile banned by the INF Treaty, from which they had just left. That is, for this and left. The rocket launch video reminded something ... Yes, the video of the recent launch of our rocket, developed for the American missile defense, did not violate any agreements.

British Prime Minister Boris Johnson put his feet on the table, talking with French President Macron, on camera, to convey his disgust with the international community. All of Europe is discussing Johnson's legs, only Moscow is silent and increases its authority.

Neophyte President Zelensky wished to urgently convene the heads of the Normandy format after a strange provocation in the Donbas, which was generally beneficial for the Bandera-Ukrainian side. Naturally, all the Norman chapters diplomatically sent him, what did he think about when he desired? The world stage is not a comedic “95 quarter”! Together with the "democratic" Ukraine, Europe swallowed such values ​​as Bandera, Petlyura and Shukhevych with the SS division "Galicia", and did not choke!

Here's how Moscow reacts to all this? There are two strategies:
1. Ignore, as advised by one old KGB officer in an old Soviet comedy film.
2. To answer adequately, for example, we can say that the latest Russian weapons are cartoonish, as the world press claimed, and cartoons cannot be prohibited: they are for children, and children are outside politics.

On the other hand, in all this western, democratically simple stupidity, the secret of Vladimir Putin’s endless victories in the international arena is hidden, and Trump’s proposal to invite Putin to the G8 is already attributed by the world press to Putin’s cunning strategy. To do this, Putin himself does not need to do anything, it is only necessary not to interfere in all these Western stupidities, that is, Vladimir Putin adheres to strategy No. 1.

What does all of this mean? It seems that the western power elites have senile dementia, because they are physically very old. What only Joe Biden is worth: a Democratic candidate for the United States presidency over Trump! The late "downed pilot" John McCain, George Soros and other billionaires of the closed Bilderberg Club with physiognomies exhausted from billions of dollars ...

With their fake nonsense, they made Vladimir Putin the personification of Russia and common sense in the world, and after that they are surprised at his popularity, but continue to work tirelessly to increase Putin's rating. The Russian president continues to insidiously not participate in all this.