Modernization of the Patriot air defense system under the PDB8 project

August 27 2019
8
Almost 25 years ago, the Patriot PAC-3 launched anti-aircraft missile systems in the US Army. From the previous family samples, this SAM was distinguished by a number of new components and corresponding capabilities. In the recent past, an MSE upgrade program has been implemented. Now work is underway on the PBD8 (Post-Deployment Build 8) update project, and nearly two-thirds of the air defense systems have already been upgraded. 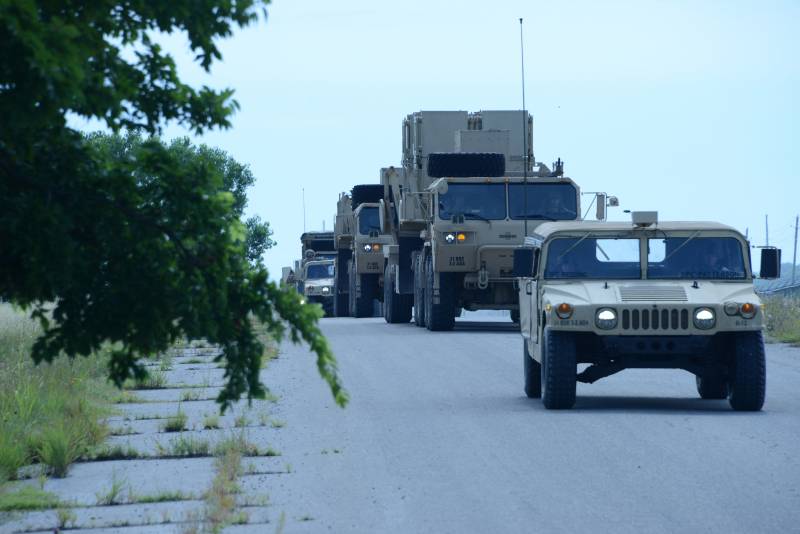 The latest of the major Patriot upgrades so far has been the PAC-3 project, which included the introduction of a new rocket and a number of other components. Subsequent projects were smaller and meant replacing only individual units and assemblies. As part of the PBD8, it is planned to upgrade the equipment again, which will improve the operational and combat qualities of the air defense systems.

The current upgrade of the PAC-3 + / PDB8 is quite complex. To update the new project, the equipment has to be sent to the manufacturer. Raytheon and its subcontractors are overhauling the equipment and replacing the required components.

As part of the various means of the Patriot air defense system, units that are built on the basis of technology from the seventies and eighties are still preserved. PDB8 provides for the replacement of this equipment with modern digital systems. It is noted that such an update allows not only to improve the characteristics of individual funds, but also to reveal the full potential of the previous upgrade of MIM-104 missiles under the MSE project.

Alteration of equipment within the framework of PDB8 started in 2017. Over the past time, all 9 anti-aircraft missile battalions from the existing 15 passed the necessary procedures. For modernization, air defense missiles were deployed, deployed both in the United States and abroad. Moreover, the removal of equipment from duty, allegedly, did not have a negative impact on air defense in general.

The main innovation of the PDB8 project is the improved multifunctional radar AN / MPQ-65A. It is an updated version of the standard AN / MPQ-65 from the Patriot air defense system and differs both technologically and in its characteristics. 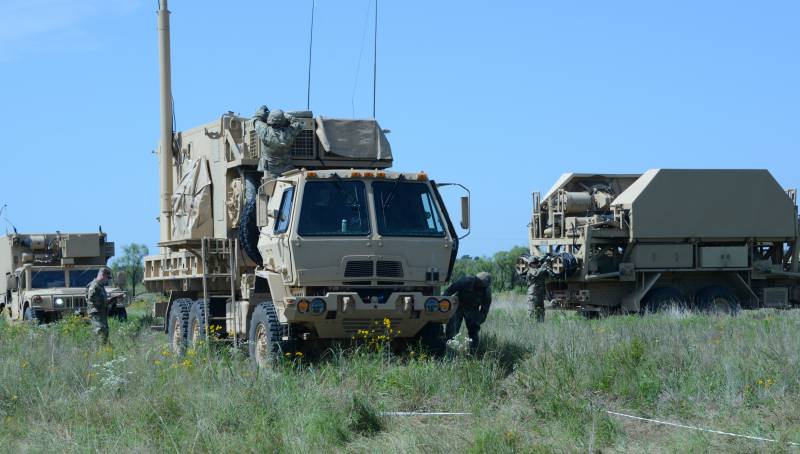 Through the use of modern element base, it was possible to increase the speed of the radar in solving the same problems. In addition, the maximum detection range has been increased by 30% - now this parameter reaches 230-240 km. Increased resistance to electronic warfare. In operation, the product AN / MPQ-65A is simpler and cheaper than its predecessor. In this case, the layout is saved. The radar is still located on a towed trailer with the installation of the antenna on a lifting device.

The workplaces of Patriot air defense system operators have so far been equipped with cathode ray tube screens. As part of the PDB8, they are being replaced with LCD monitors. Also under replacement is the operator’s fire control computer. Communication facilities are being modernized using modern products. It is noted that the current update of operator positions will not be the last. In the future, it is planned to introduce new computing systems and even monitors with the 3D function.

The command point of the battery receives new functions that increase the combat effectiveness of the air defense system. It is planned to introduce the Advanced Electronic Countermeasures (AECM) system of the PDB8 version, which provides for the selection of various false targets. AECM will be able to detect such objects and their routes, reducing the load on the fire control computer. The existing state recognition system receives the function of Non-Cooperative Target Recognition (NCTR). Thanks to this, she can request data about the target not only from herself, but also from other air defense components.

Communication between the components of the Patriot, with the command or other complexes is now carried out using the Patriot Data Information Link system, which has undergone some updates. Modernization Combined Crypto Modernization Phase 1 allows the calculation to simultaneously work with open and encrypted channels, receiving all available data. 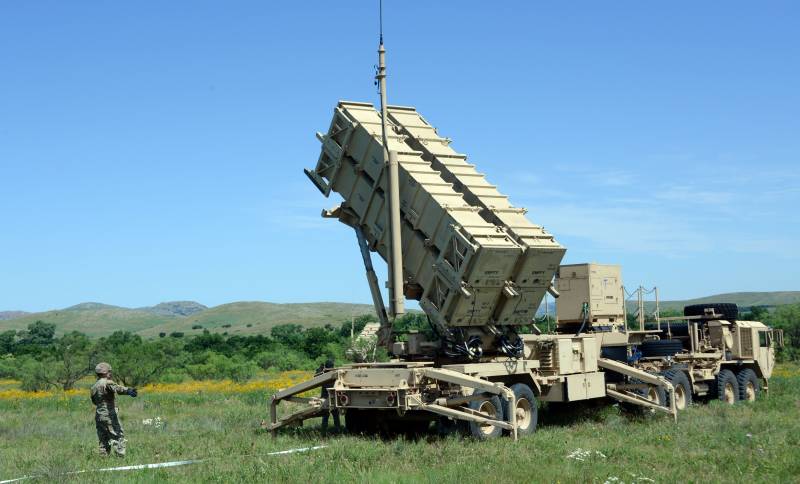 The current upgrade of PAC-3 + / PDB8 does not provide for major changes in the architecture of the complex, the replacement of key components or the introduction of a new weapons. At the same time, the tactical and technical characteristics and combat qualities are growing due to improved units and systems.

A few days ago, plans were announced to develop Patriot air defense systems after the completion of the PDB8 project. The new stage of improving the complexes will again be associated with the replacement of communication and control equipment, as well as with the introduction of a new multifunctional radar. The development of fundamentally new missiles has not yet been planned.

An advanced Integrated Air and Missile Defense Battle Command System (IBCS) tactical command and control system is currently under development, and this project is considered one of the main ones in the context of the development of air defense. While design work and various checks are ongoing. In the spring of next year, the first IBCS tests in the landfill will be held. By the mid-twenties, all Patriots will receive new IBCS systems, which will simplify their operation as part of a common multi-component air defense system.

The existing radar will be replaced in the future by the multipurpose locator Lower Tier Air and Missile Defense Sensor (LTAMDS). This radar will be distinguished by enhanced technical and operational characteristics. It is made taking into account joint operation with existing and promising air defense systems of all types. A combination of LTAMDS and IBCS will allow Patriot air defense systems to fully operate as part of layered air defense, interacting with other samples.

The deployment of the first LTAMDS radars is planned for 2022. Prior to 2031, it is planned to equip all 15 anti-aircraft missile divisions with Patriot PAC-3 + with such stations.

SAM Patriot occupies a special place in the current plans of the Pentagon. This complex is considered quite successful in terms of characteristics and potential for development, because of which they do not plan to replace it. The Patriots will remain in service for at least the next two decades. Replacement of such air defense systems can take place only at the end of the forties. 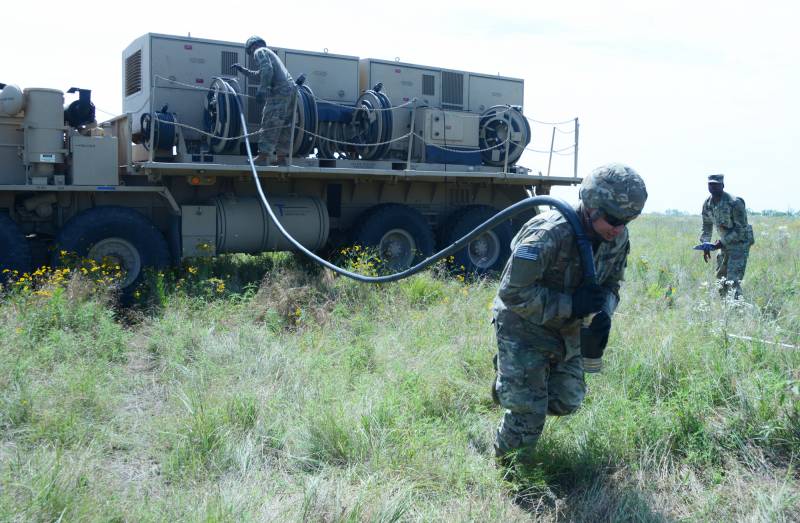 The command understands that over the specified period, existing threats may change or give way to new ones. In this regard, the modernization of cash air defense systems is already underway with the parallel development of new models of equipment for various purposes.

Now the main task of Raytheon and its subcontractors is to complete the modernization of the air defense system for the PDB8 project. In about two years, the technology of nine divisions was updated. The machines of the remaining six will soon go for repair and modernization, after which they will return to operation.

The result of the current program will be an increase in the basic technical characteristics of the Patriot PAC-3 air defense system while maintaining all combat capabilities. The air defense system will still be able to solve the tasks of air defense and missile defense, but the effectiveness of such work will increase. In addition, the operation of machinery is simplified and cheapened.

Thus, the United States continues to develop its medium and long-range air defense and missile defense by improving existing systems. The Patriot air defense system confirms its modernization potential, and now we are talking about the most complex and largest update since the PAC-3 project. In the first half of the twenties, the introduction of new components and systems that will again provide an increase in performance will take place. It is expected that the current program and new projects will protect against air attacks both now and in the distant future.