August 26 2019
42
On social networks, photos of an easy installation with a claim to MLRS appeared. A feature of this complex was that it was based on RPG-7 anti-tank grenade launchers. Military Review decided to study the causes of the installation and its analogues, as well as where and under what circumstances they appeared.

Modern warfare, often represented as a battle of the latest technology, in fact, extremely rarely becomes one. The issue of creating weapons systems with the help of the existing one is increasingly coming to the forefront of local conflicts. weapons and improvised means.

One of the simplest means of enhancing firepower is multiple launch rocket systems. They are quite simple to use and cheap, on the one hand. On the other hand, thanks to such systems, it is possible to provide effective suppression of enemy firing points, to strike at areas, and also, due to the mobility of such complexes, quickly provide support in different sectors of the front. 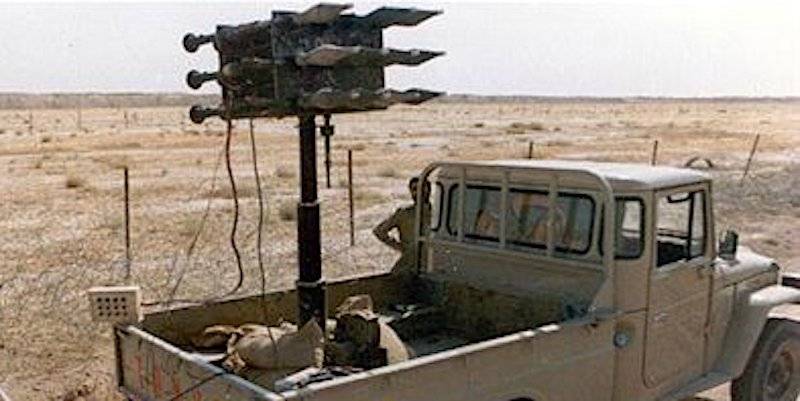 There are at least two problems left. The first is that, as a rule, these systems are mounted on large trucks and have a caliber of 122 mm, which is often redundant to support small detachments and advanced units. Secondly, it is still too expensive. In the case of local conflicts, savings are literally on each cartridge. And then light anti-tank weapons come onto the scene, which, when combined into a single system, can become a model of light (and cheap) MLRS.

One of the first light complex MLRS, assembled from improvised anti-tank weapons, was tested by the Americans. As a basis, they chose the "bazooka". The soldiers of the 505 airborne regiment used such an installation assembled from the 6 "bazooka": it was mounted on their jeep - on a wooden frame. 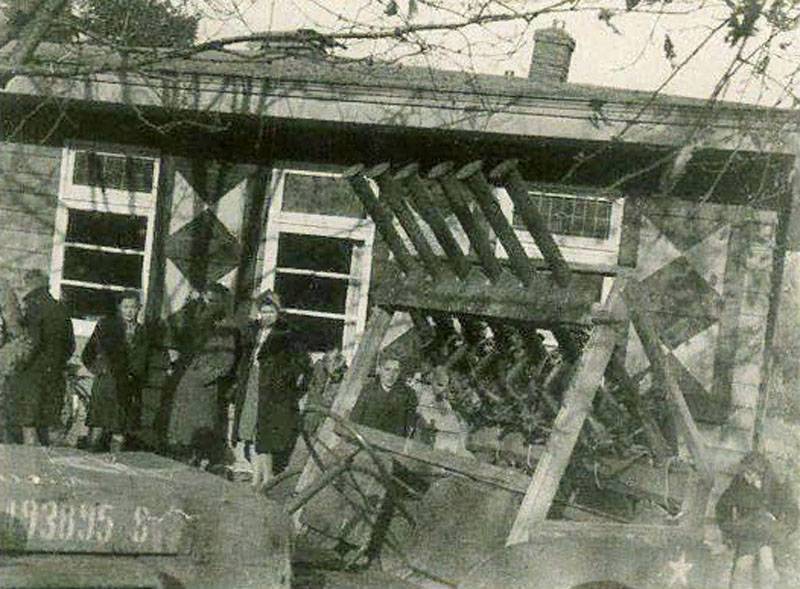 The Iran-Iraq war was a difficult test for Tehran. The country was not ready for it. As a result, the Iranians suffered tangible losses, and were often forced to use extreme methods of warfare: for example, “living waves”. Losses with such methods of warfare were enormous. The quality of training was often low, most of the manpower was poorly trained recruits.

The additional burden was the sanctions imposed on Tehran and restrictions on the supply of weapons. Because of them, Iran, well armed enough, but not able to replenish the weapons lost during the fighting, had to use systems assembled from improvised means.

The name of this installation could not be found - apparently, it was released either in a single copy or in an extremely small batch. Moreover, the RPG-7 in this way was also almost never used. but almost does not mean quite. There is a country where such an unusual volley fire system was produced in series. 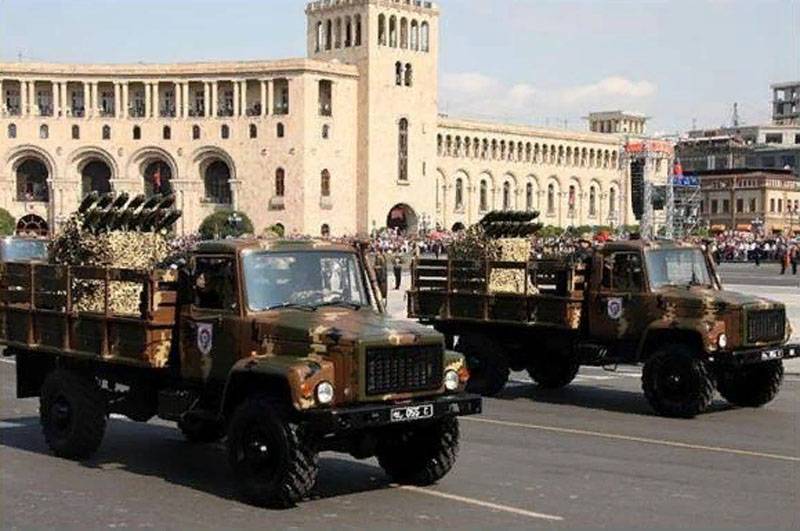 At the 20 anniversary of the independence of Armenia, the local company Garni-Ler Scientific and Production Association demonstrated its vision of a light MLRS. At the parade in Yerevan, the N-2 installation was shown. Its main version is mounted on the chassis of the GAZ-3308 Sadko car (however, there is also a towed version). Managed in the desired direction manually, range ± 30 deg. in azimuth and -5 - + 50 degrees. by the corner of the place. With the help of an electric remote control, launch can be carried out both in volley and single.

The range is up to 1300 m. As ammunition, they are used as TB-1 rocket-propelled grenades with a thermobaric warhead produced by Armenia, or high-explosive fragmentation OG-7. For some time, the system was offered for export by the Defense Industry Administration, but no contract information was found on N-2.

The mini-version of such a system was also used by the Armed Forces of Ukraine. Their installation, consisting of paired 4 x RPGs, flashed in hostilities in the Donbass at the beginning of the 2018 year. 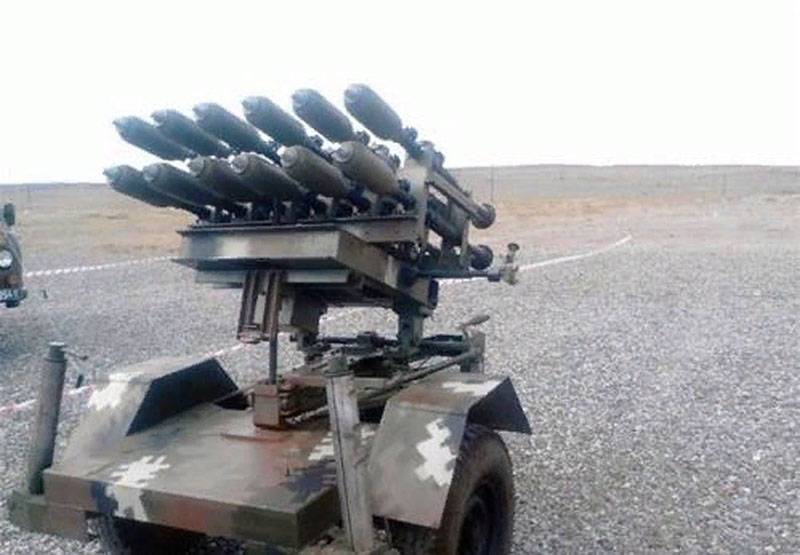 Judging by the small number of such systems, they are mainly used as an attempt to replace the standard MLRS with the cheapest possible countries, which have both financial difficulties and problems with the training of soldiers serving weapons.