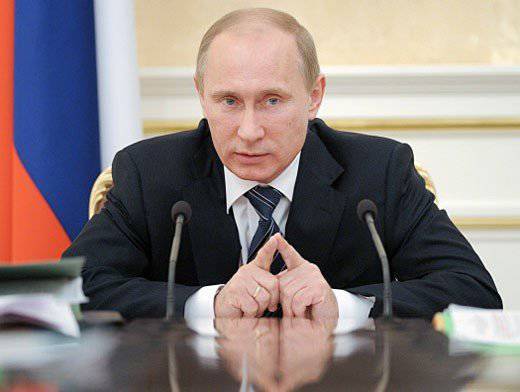 For the adoption of the bill on conferring the status of "foreign agents" of Russian non-profit organizations, funded from abroad, 323 deputy of the State Duma voted on Friday in the first reading.


With the necessary 226 votes, the bill was supported by the 323 MP. Four people voted against, abstained - one, RIA “News».

Earlier, the head of the faction Andrei Vorobiev said that all the deputies of the faction “United Russia” had become co-authors of the bill.
The Kremlin reported that the bill that gives the status of a “foreign agent” to Russian non-profit organizations (NPOs), which are funded from abroad and are engaged in politics, may come into force in the fall of this year. The bill has caused heated debate and many objections from different structures. The most harsh critic of the law was the head of the Moscow Helsinki Group, Lyudmila Alekseeva. She firmly promised that her foundation would never agree to become a “foreign agent”, even if it would have to abandon foreign funding altogether.

Also on Thursday, the Public Chamber sent its opinion on the draft law to the State Duma. Its experts presented many complaints to the document, although they recognized the existence of the problem itself around the participation of NGOs in politics.

“Funding from abroad of political activity is unacceptable in general,” said Iosif Diskin, one of the authors of the draft law, the chairman of the commission on civil society development, told the newspaper VIEW. - Here we have a disagreement with the authors of the bill. We believe that if it is correct to define “political activity,” then there should not be such a provision in the draft law. ”

Recall that NGOs financed from abroad will have to register with the Ministry of Justice as "acting as a foreign agent." Any information disseminated by such agents must be accompanied by an indication of their status. In addition, the "agents" will be required to report on funds from abroad and their spending to the Ministry of Justice every three months. The activity of agents who are not registered in this capacity will be suspended for six months.

Failure to report the “agent” will threaten legal entities with a fine of up to 1 million rubles, and cooperation with NGOs whose work has been suspended by the Ministry of Justice will be punished with a fine of 5 thousand to 50 thousand rubles.

A number of amendments in this regard will be introduced into the Criminal Code. In particular, up to three years in prison will threaten those who create organizations that are calling on Russians to refuse to fulfill civil obligations or to commit other illegal acts.