In India, told about the intentions to acquire tanks T-14 "Armata"

August 24 2019
92
The Indian press published material describing preparations for the visit of Prime Minister of India Narendra Modi to Vladivostok. Indian columnist Vishal Tapar writes in SP's Land Forces that one of the main topics that will be discussed at the summit will be the topic of military-technical cooperation - cooperation between Moscow and New Delhi. 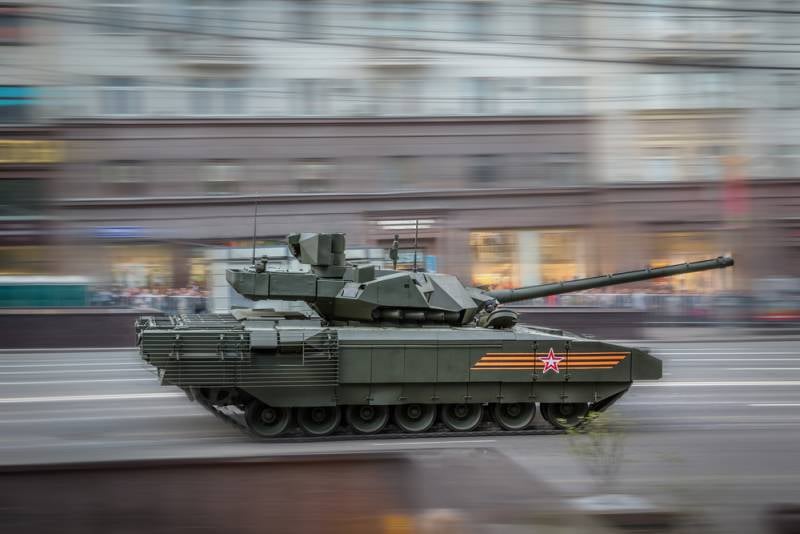 At the same time, the topic of discussion of a possible purchase of Russian tanks T-14 Armata. The total amount of the new contract, according to this newspaper, is estimated at $ 4,5 billion. At the same time, Vishal Tapar writes that India is considering options to use the latest Russian T-14 tanks for mass replacement of T-72 tanks, which are in service with the Indian army.

It is additionally noted that the Indian armed forces are set to acquire other military equipment on the same Armata platform. It is stated that earlier an Indian delegation visited Russia, which included officers of mechanized brigades of the Indian Armed Forces.

The material recalls that India back in the 2017 year announced its intention to acquire 1770 combat vehicles. However, as always in the Indian version of recent times, the authorities are not going to buy finished products from foreign suppliers. They are trying, and in this case, will agree to work together in the framework of the Do It In India program in the country. It is not reported when exactly India will decide which of the foreign suppliers to make purchases as part of its tank fleet modernization program.

In indian the press recall that the first batch of T-14 Armata tanks in the Russian Armed Forces will arrive in the 2020 year.