August 24 2019
9
This time, the crew of the Polygon program of the T24 TV channel went to Samara to see for themselves how the Progress rocket and space center, one of the largest and most modern enterprises in the Russian space industry, works. 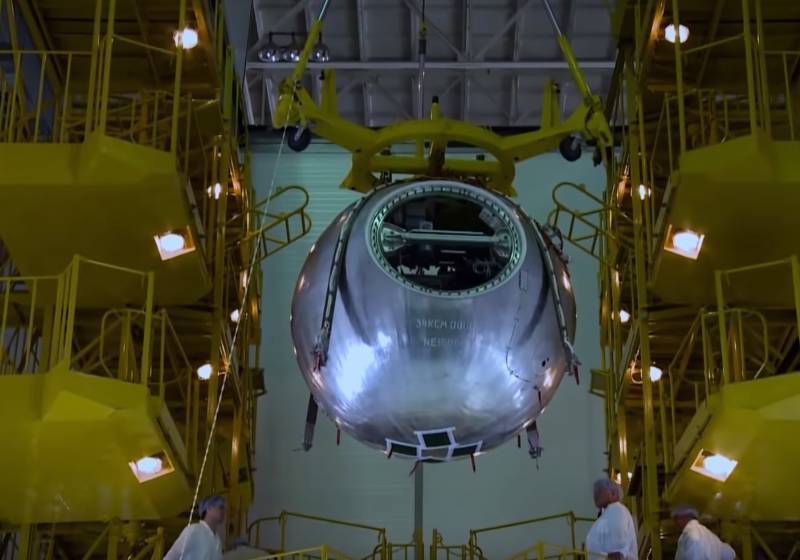 To date, Samara-made missiles have the highest reliability indicator in the world among rocket technology, it is 98%. Of course, only the best of the best specialists in this field could achieve such a result. Famous designers and scientists came out of the walls of Progress. It is on them to this day that production is held today. In particular honor of the dynasty. Today, the third generation of a missile center in Samara is now crossing the threshold of the entrance.

"Progress" produces more than 20 "Unions" per year, hundreds of enterprises across Russia are working on their creation. The Soyuz rocket delivers spacecraft and vehicles into orbit. Today it is the only means of launch on the ISS in the world. Samara rockets will start from the Baikanur and Plesetsk cosmodromes and are also launched from the Guiana Space Center and Vostochny Cosmodrome.

At gunpoint of satellites

Today, the most advanced Russian spacecraft are also being created within the walls of Progress, more than a thousand different satellites, for example, Resurs-DK and Resurs-P, have left the plant’s shops. They were created for detailed observation of our planet and are already in full swing in orbit, supplying us with pictures of river spills, volcanic eruptions, as well as collecting important information for agriculture. When creating optical systems, jewelry accuracy is needed. The satellite equipment contains optoelectronic converters that turn the image into an electrical signal. Thanks to this, you can take pictures of the Earth from a height of more than 400 km with a resolution of 1 meter.

The workshops in which such converters are being manufactured are closely monitored, and cleanliness is maintained, as in the operating room. The entire volume of air passes through special filters and changes every quarter of an hour. The smallest speck of dust on the matrix can lead to huge spots in the pictures. This is precisely the case when a micron component is decisive in the operation of a satellite.

In addition to rockets and satellites, scientific devices, such as Photon and Bion, are also being created within the walls of Progress. Outwardly, they are very similar and represent a round capsule, which is filled with scientific instruments. Upon returning from space, the apparatus does not burn out in dense layers of the atmosphere. All experiments are returning to Earth.

The Bion biological satellite has a life support system, it maintains a certain temperature, pressure and oxygen, since the main passengers of the Bion are living organisms that help scientists figure out how weightlessness affects them. In addition, these data are necessary for planning future travels to the moon and Mars. Before the flight, all satellites are checked on a special stand base, which creates conditions identical to the space environment - sharp temperature changes, vacuum, and also simulate the shaking that occurs when the device is put into orbit.

All these tests are carried out to verify the reliability of the entire apparatus during its normal operation, that is, at the moment when it is in outer space and performs the main tasks that are assigned to it. All systems undergo rigorous testing - from the head fairing to the separation of the spacecraft and rocket stages. Progress specialists not only develop all devices, they also take an active part in managing them in orbit. For example, the devices planned for shooting objects, after work, reset all the data to reception points. There are several of these in Russia; they are scattered from west to east. The results of the spacecraft on the "Progress" see immediately. As soon as the data is received, they are immediately transferred to the processing center. This helps scientists a lot, for example, in assessing fire hazardous areas, because from the image you can track the objects that are most exposed to fire.

Today, about 20 thousand people are working at Progress. Some of the workers are the true legends of the national cosmonautics, Heroes of Russia, Heroes of labor, honored testers of space technology. They continue to work on the creation of launch vehicles and spacecraft, as well as mastering modern technologies.