August 22 2019
76
The United States has once again accused Russia of violating the Treaty on the Elimination of Intermediate and Shorter Range Missiles. The US State Department said Moscow violated the INF Treaty "because of increasing threats around its borders." 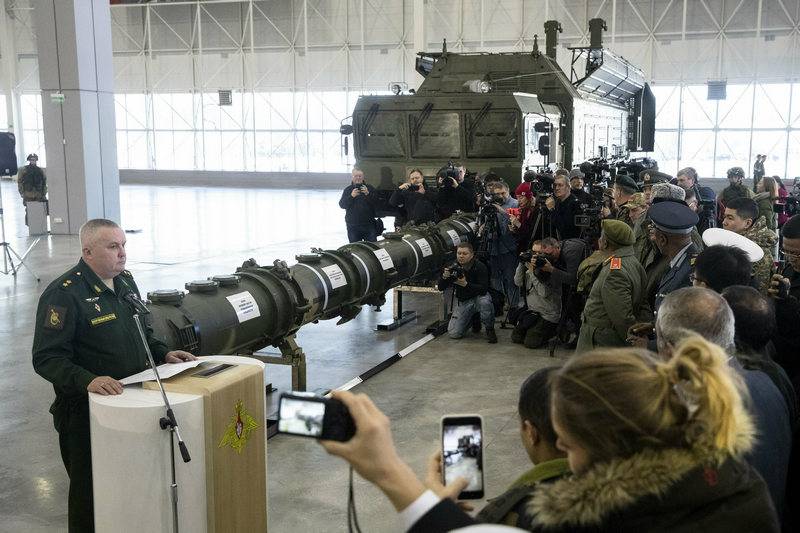 The US Department of State has published a new report on US compliance with its various arms control, non-proliferation and disarmament agreements. In this document, the United States once again blames the termination of the INF Treaty on Russia, saying that Moscow has developed the 9M729 missile, which "clearly violated the provisions of the treaty."

The United States has determined that Russia is in violation of its obligations under the INF Treaty not to own, not to produce and not to conduct flight tests of ground-based cruise missiles with a flight range of 500 to 5500 kilometers, and also not to have or not to launch launchers for such missiles
- the report says.

The State Department claims that Russia has become disillusioned with the INF Treaty for a long time and has been constantly looking for reasons to withdraw from the treaty, as "it could not own ground installations with medium-range missiles." The first attempts to "make it clear" that Moscow wants to leave the INF Treaty, according to American officials, appeared back in 2004 under Defense Minister Sergei Ivanov, and in 2006 the Russian government allegedly began talking about the need to deploy ground-based missile installations in Russia medium range.

According to the United States, Russia's decision to violate the INF Treaty arose on the basis of many years of disappointment that it was forbidden to own medium-range land-based missiles, even though the alleged threats within these ranges increased around its borders
- declared in the State Department.

Recall that the INF Treaty ceased to exist on 2 this August after the United States officially left it, and on August 18 the Pentagon tested a ground-based medium-range missile. At the same time, Washington has denied allegations that these developments have been ongoing for a long time. According to Pentagon spokesman Lt. Col. Robert Carver, the United States began to develop missiles only after it suspended its participation in the treaty.

Earlier, Russian Defense Minister Sergei Shoigu said that the costs of developing new missiles in Washington were laid down in advance, even before the country left the treaty, because they knew that they would withdraw from it, shifting the blame to Russia.