August 23 2019
155
It is difficult to call the Sukhoi Superjet 100 a breakthrough in the domestic civil aircraft industry; the aircraft has not gained popularity in the international market either. Today when the negative newsconcerning the Superjet, appear in the press almost every day, it is worth recalling another domestic short-haul passenger aircraft - Tu-334. The liner model, developed back in the 1990-ies, was supposed to replace the numerous passenger aircraft - Yak-42, Tu-134 and Tu-154B, but for some reasons it was not put into mass production. 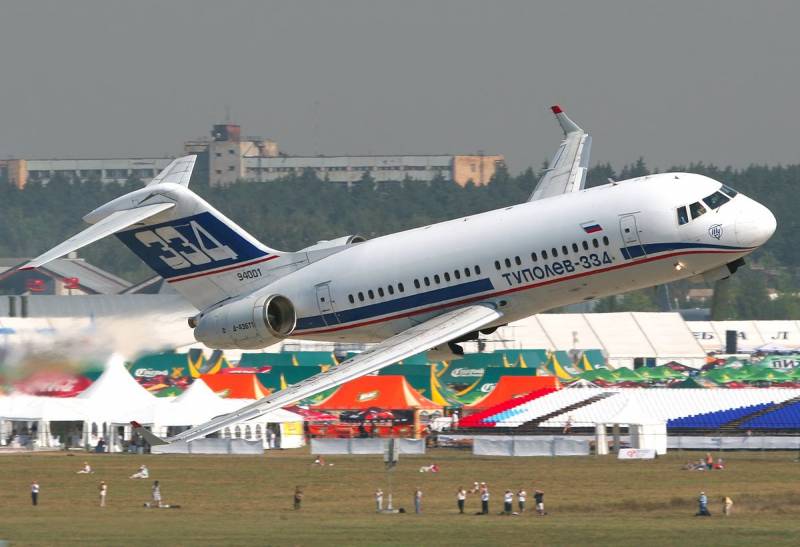 Tu-334 first flew 20 years ago, it happened February 8 1999 years. However, fate was not favorable to this aircraft; only two flight specimens were made and several more gliders for conducting static and life tests. Although from time to time various news surfacing in the media regarding the reanimation of the Tu-334 project, there are no real programs that would allow the development, serial production and purchase of aircraft. And the more time passes, the less likely that such programs will still appear.

The design of the Tu-334 began at the end of the 1980's, but for obvious reasons it was seriously delayed. Initially, the aircraft was developed as a replacement for the Tu-134. The active phase of work fell on the 1990 years, when the economic situation in the country left much to be desired. On the other hand, over the years, the potential market for the model, which was supposed to replace the vast fleet of Yak-42D, Tu-134 and Tu-154B aircraft, which were widely used for passenger transportation inside Russia, also increased. Attempts were also made to cooperate with European aircraft manufacturers, but they ended in nothing. As a result, the new passenger liner made its first flight only in the 1999 year.

In 2003, a model of a serial passenger aircraft was presented, which received the designation Tu-334-100, at the end of the same year the aircraft was certified. Tests conducted in 2005 confirmed that the new Russian short-haul airliner can be used practically all over the world without any restrictions. On April 15, 2005, a decree of the Government of the Russian Federation was signed, which concerned the start of mass production of the Tu-334 passenger aircraft in Kazan on the basis of the Gorbunov Kazan Aviation Plant, but this decree was never implemented. The new passenger plane did not go into mass production. As later noted in the report of the Accounts Chamber, the developers of the Federal Target Program “Development of Civil aviation Russian technicians for 2002-2010 ”recognized the Tupolev aircraft as competitive with another domestic project, the Sukhoi Superjet 100, which was ultimately given the green light. 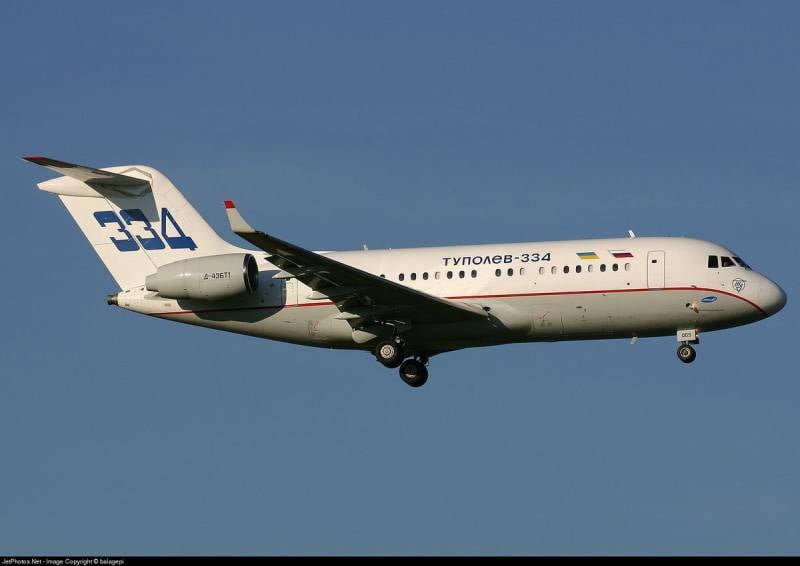 Today, because of this decision, spears are still being broken, especially with reliance on afterglow. It is all the more surprising that even at the beginning of the 1990's, domestic aircraft designers came to what they seriously thought about and are struggling with today. Tu-334 was almost completely Russian development with minimal involvement of foreign components, with the exception of Ukrainian engines. The aircraft could be produced in Russia and from Russian components and assemblies. It is this circumstance that makes it possible today to fuel the hope of those who believe that the aircraft can still be claimed by the Ministry of Defense, the Ministry of Emergencies, or government agencies.

An important feature of the Tu-334 and one of its chips aimed at reducing the cost of the entire program for the development and production of mass-produced machines was the high level of unification of the aircraft with the serial mid-range narrow-body airliner Tu-204. According to various estimates, the level of unification of the two aircraft reached 60 percent, while the Tu-204 and its modernization Tu-214, although literally by the piece, are still being assembled in Kazan for various customers, while the Tu-334 is not.

Externally, the new machine was a low wing with an arrow-shaped wing and a T-tail. It was planned to install a pair of D-436Т1 turbojet dual-circuit engines specially designed for this aircraft in the Zaporizhzhya engineering design bureau Progress. The engines were located in the rear of the aircraft. The Tu-334 fuselage retained the same cross-section as the mid-range Tu-204, but was distinguished by a reduced length. 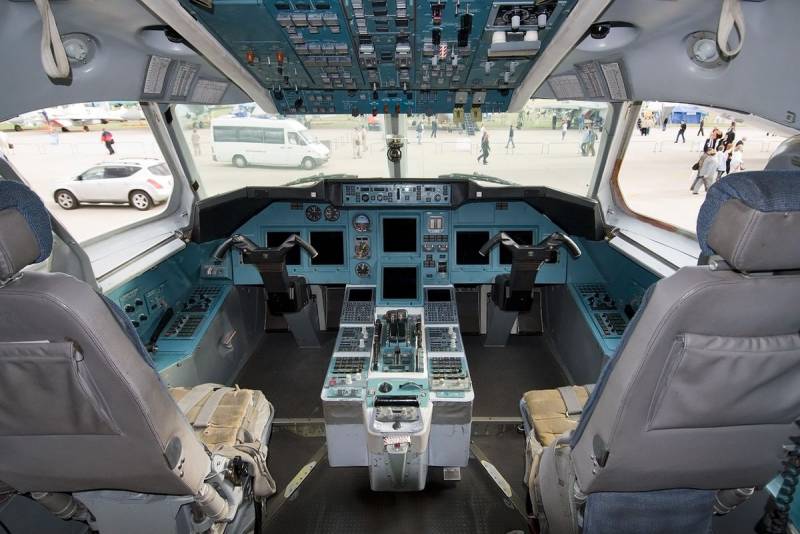 The Tu-2005-334 aircraft certified in 100 was supposed to provide transportation of 102 passengers over a distance of 3150 km. In the layout of the cabin with the business class, the passenger capacity of the liner was reduced to 92 people. Since the aircraft actually received the fuselage from the Tu-204, the layout of the seats was saved, three seats in a row from each side (3-3). Cruising flight speed was 820 km / h. Moreover, the widespread use of Tu-204 units and assemblies had their drawbacks, the aircraft was heavily weighted by 4 tons, and later European companies indicated that they planned to establish cooperation with the Tu-3 project in terms of overweight in 4-334 tons. Perhaps the elimination of these problems, as well as the chronic lack of funding, affected the delay in the work on the aircraft in the 1990 years.

Why the Tu-334 has practically no chance

Despite the fact that the Tu-334 is a much more domestic aircraft than the Sukhoi Superjet 100, the share of foreign components in which reaches up to 80 percent, it has almost no chance of a successful career. Unfortunately, a plane, not bad for its time, has become outdated. This is indicated by pilots and leaders of the domestic aviation industry. Back in 2013, in an interview with Rossiyskaya Gazeta, Honored Test Pilot, Hero of Russia, and at that time General Director of the M. Gromov Flight Research Institute Pavel Vlasov said that the time of the Tu-334 had passed. According to the honored pilot, the Tu-334 airliner was tested at the LII at one time, showing itself to the best. At the same time, the specified short-range aircraft objectively belongs to the bygone Soviet era in the aircraft industry. If it could be put into mass production in the 1990-ies, the plane might have managed to occupy its niche in the fleet of Russian airlines, but today its time has passed.

Next, Pavel Nikolayevich listed the main problem points of the Tu-334. For example, all modern civilian passenger planes have a crew of two, while there are three on the Tu-334: two pilots and a flight engineer (the Tu-334СМ aircraft project involved upgrading avionics, reducing the crew to two people and using new engines, but on which the project was unknown at the stage). In addition, Pavel Vlasov noted that in the modern world the design and manufacture of airliners is based on digital technology, while the documentation for the Tu-334 was performed on the drawings. “Most likely, it was possible to translate all the drawings into a“ number ”, install more advanced avionics on the plane, re-equip production, find new engines and even exclude the flight engineer from the crew, but all this would require financial costs that would be comparable to the development of a new aircraft ", - said Pavel Vlasov. 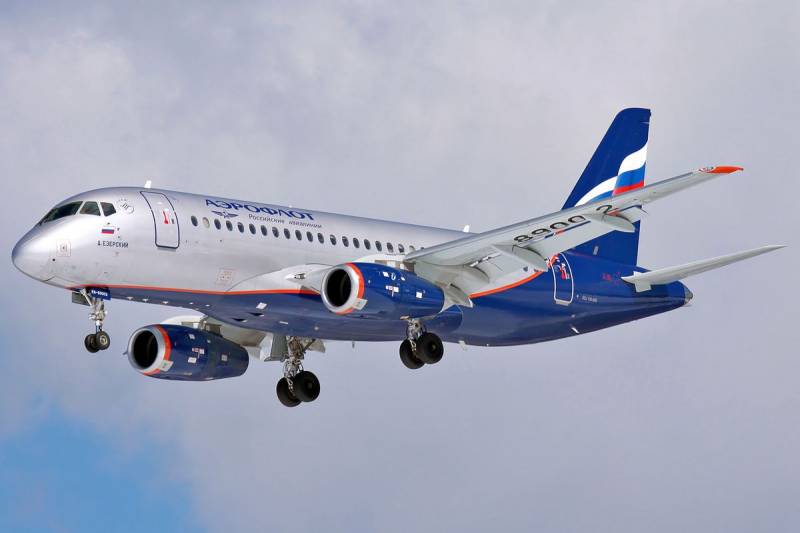 Another big problem, which became a problem only in the 2014 year, is that the Tu-334 was developed for the D-436Т1 engines developed by the Progress ZMKB named after Ivchenko (Zaporozhye). It was planned to produce at the Ukrainian enterprise Motor Sich, specially designed for installation on a Tu-334 short-range aircraft, turbofan engines. In modern realities, it has become impossible to use these engines. Theoretically, the Tu-334 could have installed engines with comparable thrust from the Superjet - the French SaM-146. But, firstly, for this it would be necessary to significantly modify the entire tail of the liner, as well as the control system, which seems costly and inappropriate. Secondly, the SaM-146 engine is not only not a domestic development, but also not the most successful. There are a lot of problems with the engines on the Sukhoi Superjet 100, in particular, airlines talk about a very low raid before overhauling.

Asked by RIA Novosti journalists about the fate of the Tu-334, the head of the Russian Ministry of Industry and Trade Denis Manturov noted that the Tu-334 did not have a ticket to life. According to the Minister of Industry and Trade of the Russian Federation, the specified passenger aircraft project was deadlocked in comparison with the Superjet program. “To put it as briefly as possible, we would not have gained any competencies and international cooperation, which today limits us in certain issues, but for other factors and reasons,” the senior official emphasized. Denis Manturov noted that in today's realities we are not able to deliver the Sukhoi Superjet 100 passenger plane to those countries where it would have been possible to send the Tu-334 without problems, but at the same time we would not have received the developments that we have today there is.

According to Manturov, the main value of the Superjet is the accumulated human potential, as well as the formed capital of technological and design solutions that allow us to confidently move to the next step today - the medium-range narrow-body aircraft MS-21 and the joint wide-body aircraft project with China.