August 22 2019
188
Since its inception, uniforms have been a means of identifying the armed forces. In this regard, the Soviet cap became an alien symbol of the Chinese army, which could not take root in its ranks. This opinion is expressed by Sohu. 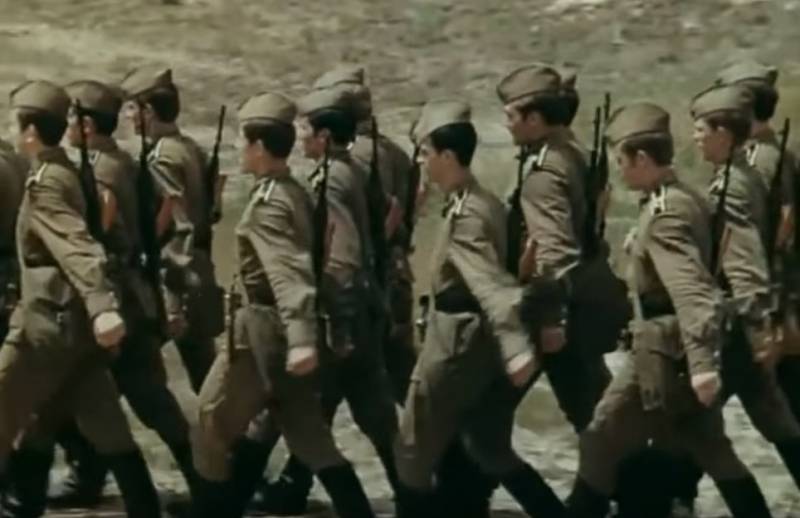 In the early years of statehood, our country was trained by the USSR. At this time, our military uniforms, under the strong influence of the Soviet style, were mostly acceptable, but still caused a lot of discussion.
- notes the designated edition.

As it indicates, after the introduction of the Soviet-style cap, which generally corresponded to Western standards, it was poorly received by the soldiers and caused strong resistance from the officers.

Firstly, hatred was due to the widespread use of this headgear among Americans and nationalists [Kuomintang]. Secondly, contempt was due to the fact that the cap was required to wear to one side, which did not meet the traditional criteria of the Chinese “right dress”. Thirdly, the left half of the short-cut, almost bald head turned out to be naked, which was perceived as an emphasis on ugliness.

Despite the great explanatory work, the requirements of the lower classes to replace the headgear remained unchanged. In the end, the cap, which took only four years, went out of use
- explains Sohu.

At the same time, the publication indicates that during the opening of the Air Force Day in September 2011 in Changchun, three members of the aerobatics team appeared publicly in caps, which, although for a short time, returned this headgear to army life after more than half a century of oblivion.