Australia joins US in Gulf patrol

August 21 2019
24
Australia has decided to join the international coalition led by the United States for the protection of oil transportation in the Strait of Hormuz to counter Iran’s activities. This was stated by Prime Minister Scott Morrison. 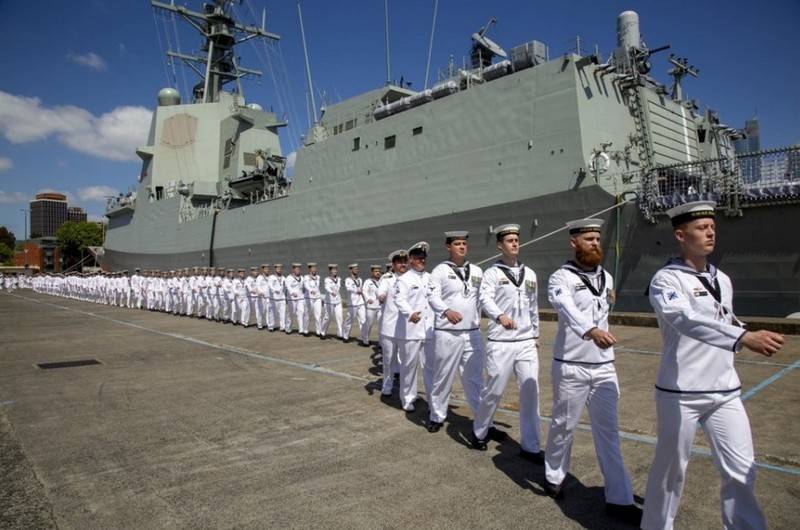 According to the Australian Prime Minister, Canberra agreed with Washington’s request to join the international coalition for the protection of oil transportation in the Strait of Hormuz, since "up to 25% of oil supplied to Australia passes through it." He noted that "the contribution to the coalition will be limited." At the same time, Morrison explained the decision to join the US as "the destabilizing behavior of Iran, which poses a threat to Australia's national interests in the region."

The government decided that cooperation with our international partners in ensuring security in the Middle East lies in Australia’s national interests, and we need to contribute to the international mission to maintain peace and safe navigation in the Strait of Hormuz, through which about 25% of the oil supplied to Australia. Our contribution will be limited in volume and time.
- he said.

The Australian media, commenting on Morrison’s statement, said that Australia plans to send one Australian Navy frigate, surveillance aircraft and a limited contingent of 200 troops to the Persian Gulf.

A naval coalition was created by the United States after the arrest by the Iranian authorities of a British tanker that entered Iranian territorial waters. At the moment, the United Kingdom joined the United Kingdom, sending two frigates to the Strait of Hormuz. The desire to patrol the area in order to protect its tankers was declared by an ally of Australia in the Asia-Pacific region, but it will not join the US coalition. Germany also refused the Americans.