August 20 2019
29
The oldest nuclear-powered missile submarine of the Ohio class ("Ohio") USA USS Ohio SSGN 726, which is already 38 years old, underwent repairs with modernization and left the repair docks. The introduction of the submarine into the forces of constant readiness and access to combat duty is planned for the first half of the 2020 of the year. 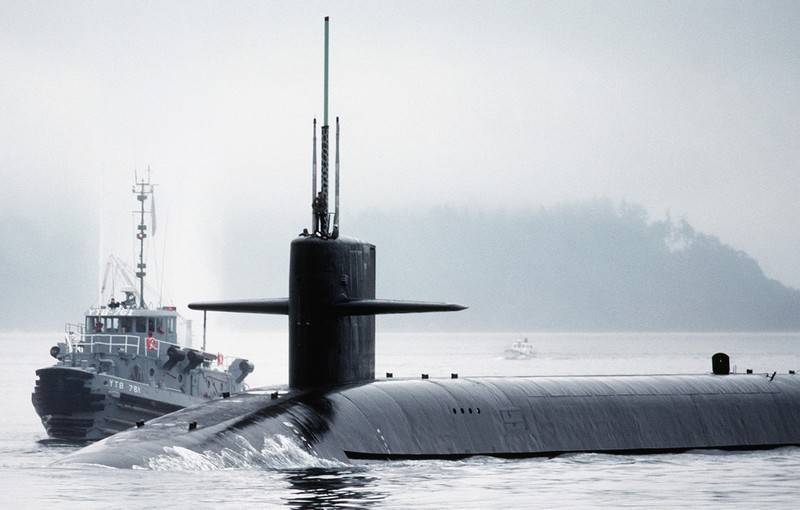 Reportedly, the submarine spent months in the dry dock 27, during which major repairs were carried out with the modernization of the submarine. What kind of work was carried out on its board is not reported, the total cost of the work amounted to 223 million dollars.

USS US submarine “Ohio” SSGN-726 is the lead in the 18 series of Ohio-class third-generation nuclear submarines. Initially, it was the carrier of the 24 Trident intercontinental ballistic missiles with nuclear warheads, but during the 2003-2005 years, it underwent a major overhaul with modernization, after which it became the carrier of the 154 Tomahawk cruise missiles.

The submarine was laid down on April 10 1976 of the year, launched on April 7 1979 of the year. It was transferred to the US Navy on 28 on October 1981 of the year and commissioned on November 11 of the same year. It has two crews: "Blue" and "Gold" to constantly patrol, changing the composition of the team.

The U.S. Navy currently has 18 Ohio-class strategic nuclear submarines, which will be phased out and replaced by Columbia-class nuclear submarines as they are put into service. The first of them should go into operation in the 2027 year, and with the 2031 year already go on combat duty.

The details of the new project are classified, it is known that the displacement and length with a diameter of Columbia is almost identical to submarines of the Ohio type. It is planned that each new submarine will be armed with 16 ballistic missiles Trident II D5. The service life is planned in 42 of the year, while recharging the reactor is not required.

The submarine of the new generation will receive X-shaped stern rudders, as well as horizontal depth rudders installed on the wheelhouse. Instead of a screw on the submarine install water jet. The new ship will receive a fully electric propulsion system with permanent magnets. This installation will be powered by nuclear power plant turbogenerators. This design will make the ship quieter compared to submarines such as "Ohio".