A step away from freedom

The largest island on Earth, which until recently had vegetated somewhere far in the north, suddenly turned out to be very necessary. Yes, not to anyone, but to the United States. They suddenly saw a great geopolitical significance in Greenland. Although, in fact, everything can be much more prosaic. On the shelf of the island discovered large reserves of oil.


The Danes are in shock. While they selflessly struggle with “aggression” from the east in the form of “Nord Stream-2”, not letting Russian gas into Europe, problems came from the west. A faithful ally took and made a “surprise”: the United States announced its desire to buy the largest island on Earth - Greenland. The autonomous territory of Denmark, as it turned out, can radically change the course of navigation. 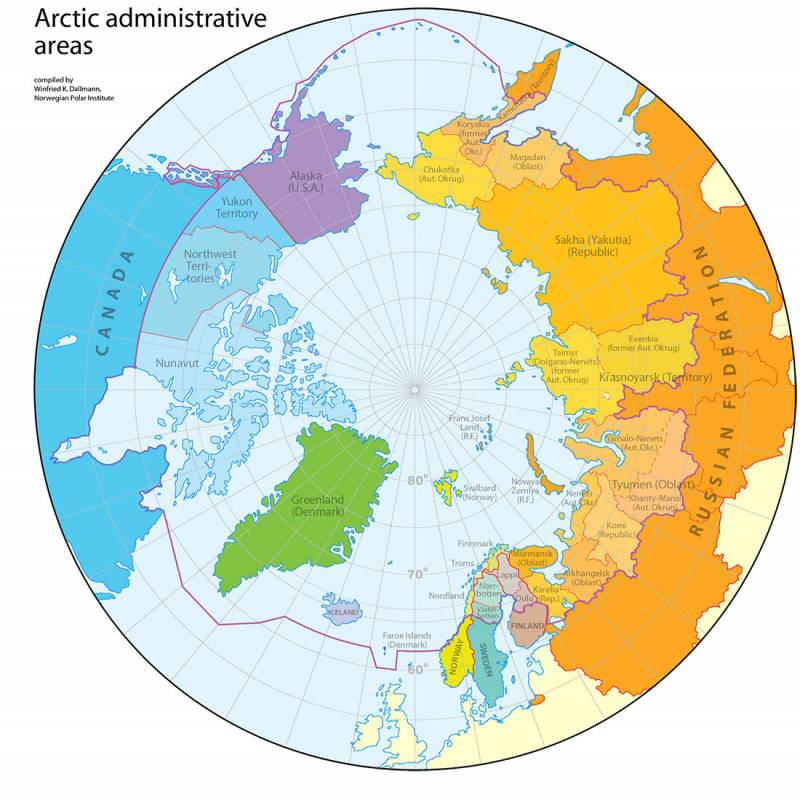 Moreover, the proposal was made in some kind of humiliating form - the information leaked to the media. Either in the form of a joke, Donald Trump asked his assistants whether the States could expand their possessions, or the president aloud announced his cherished dream. And for the second time.

The first time happened last spring. Trump gave a dinner party, and during the feast he dropped out - why not buy Greenland? According to The Wall Street Journal, then this proposal did not surprise anyone, they thought that the president was joking. A whim, a passing hobby. But on the other hand, what a joke - after all, lawyers on the orders of Trump took up the legal examination of the issue.

Experts have a field for work. In the past, the United States was one step away from acquiring a green island. In April 1940, after the occupation of Denmark by fascist Germany, the States announced the extension of the Monroe Doctrine to Greenland. A year later, the Danish envoy in Washington signed an island defense agreement with the US government. That's when the United States came to the "green" land, taking up the construction of military bases.

After the end of World War II, President Harry Truman offered 100 millions of dollars for Greenland to Copenhagen. But then Denmark somehow managed to get around the hot issue. Four years later - in the 1949 year - it joins NATO, and in the 1951 year both countries signed a new agreement, according to which Denmark and the United States carry out joint defense of the island. As a result, Washington settled even more firmly in the north - already at the beginning of the 70-ies in Greenland there were two military bases and other military installations. 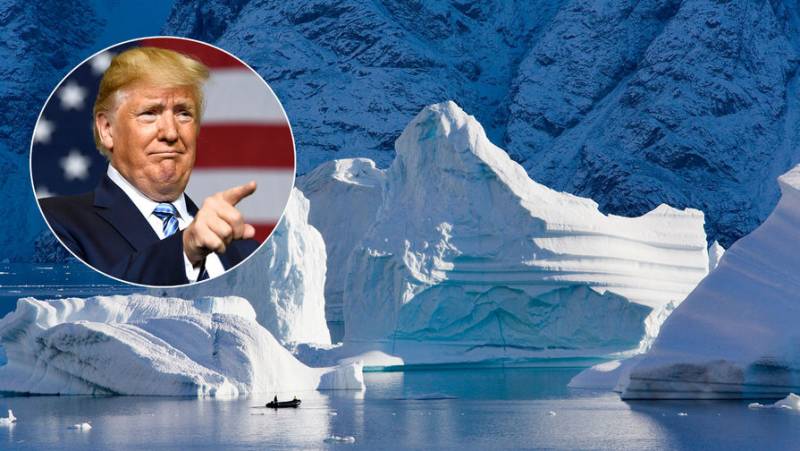 The Danes, however, after Trump's “joke” quickly came to their senses, saying that Greenland was not for sale, and the idea of ​​such a deal with the United States was completely absurd. This statement was made by Danish Prime Minister Mette Frederiksen, who promptly visited the island on Sunday, August Xnumx. She clarified that "Greenland is not Danish territory, Greenland belongs to Greenland."

Behind these words is a lot. Indeed, Denmark and the largest island on Earth are connected not by the simplest relations. The "green land" went to Copenhagen to some extent by chance. Greenland is a longtime Norwegian development. The first Vikings appeared here in the X century. Eric Red in the 982 year made the first survey of the island, and soon Norman colonies were founded in the south of the island. From 1262 to the beginning of the 18th century, Greenland formally belonged to Norway. After the dissolution of the Danish-Norwegian Union in 1814, Copenhagen made Greenland remain in Denmark. And until 1953, the island was its colony, and then became part of the country.

Since then, the opposite process has begun - the Greenlanders, among whom 90% are Eskimos, tried in every possible way to increase the distance from the mother country. Already in 1979, the Danish parliament granted Greenland wide autonomy. In 2008, a referendum was held in Greenland on the expansion of autonomy. 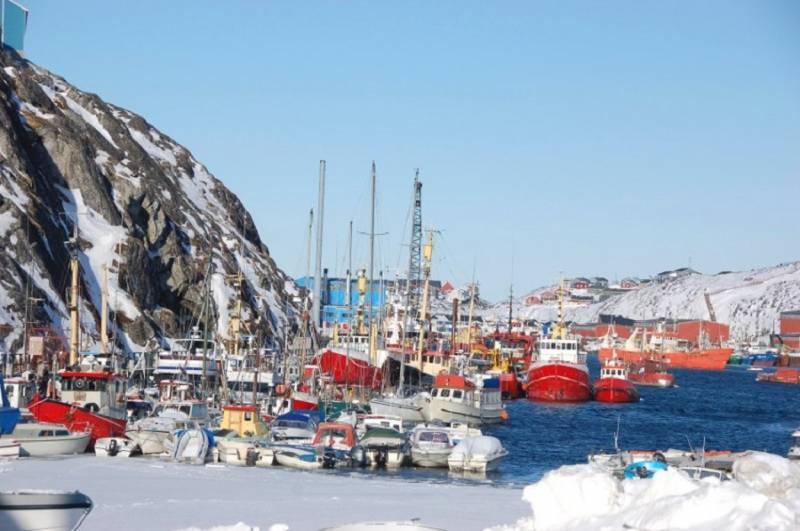 Its result was predictable - in 2009, Denmark passed a law that seriously expanded the rights of Aboriginal people. The official language on the island became Greenlandic along with Danish. Local authorities took responsibility for the police and the judiciary, control over all the natural resources that Greenland is rich in: gold, diamonds, oil and gas.

In the end, Denmark ended up with just “nothing” - defense issues, foreign and financial policies. True, there is one “trifle”: the island’s budget is half subsidized. Copenhagen annually sends Nuuk about 740 million dollars in translation at the exchange rate.

Battle for the Arctic

Danish experts do not hide the fact that the Trump proposal will exacerbate the separatist discussions in Greenland. As expert Rasmus Kiergaard Rasmussen of the University of Roskilde says, "Either they sell a lot of fish, find oil, uranium or other minerals and tax them. Or they find a new Denmark, a new sponsor to cover 740 million dollars."

The Greenlanders, of whom there are only 56 thousand people, have a real choice. In recent years, China has been paying close attention to the island. He announced his intention to build three airports on the island. And even more - this year Beijing published its first official Arctic document, in which it publicly outlined the transfer of its interests in Greenland from research to the economy. 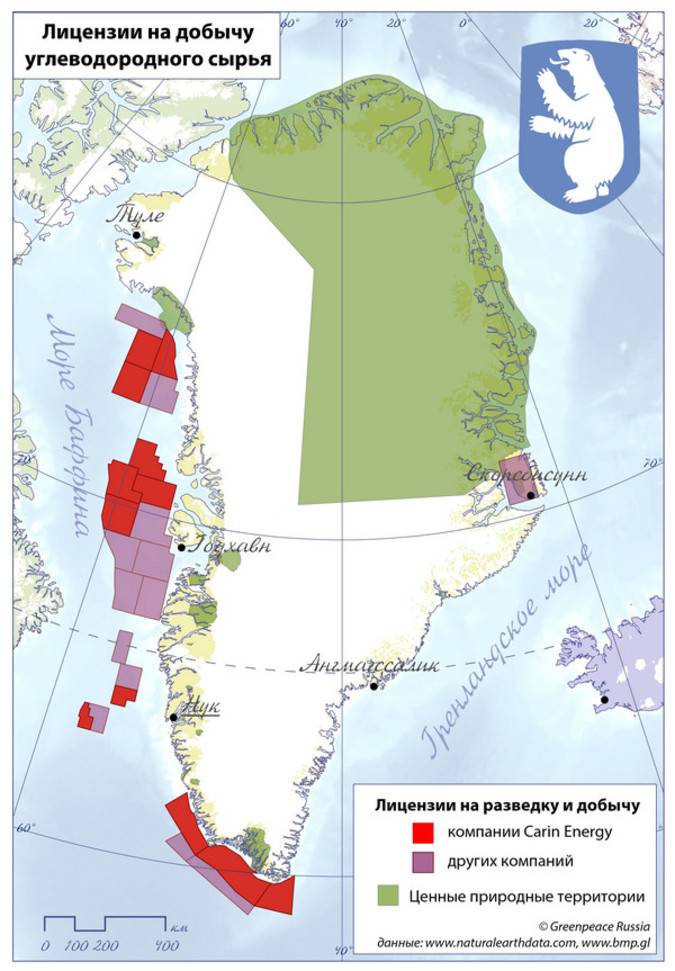 The United States had to put pressure on Copenhagen, so that it was he who was engaged in the construction of airports in Greenland, so as not to let the PRC into the northern "estate". In response, the islanders called the intervention of Denmark a manifestation of neocolonialism. It can be assumed that the Greenlanders will try to play the "triple" game, choosing alternately Denmark, the USA or China as their partner partners. Ahead is looming a big goal - the world's first independent Eskimo state.

Only this project is unlikely to take place. States, of course, can play along with the Greenlanders on separatist feelings - this they can do, but only for their own purposes. At stake is a big geopolitical jackpot - the battle for the Arctic is gaining momentum.

Washington’s first urgent task is to prevent China from settling in the northern latitudes. The second is to try to “lock up” Russia in the Arctic: Alaska stands on one flank, Greenland stands on the other. And then put pressure on the Russian Federation, trying to crush the situation in the region for themselves. Dividends - the sea: studies show huge hydrocarbon reserves in the Arctic latitudes, and the Northern Sea Route promises to become the new Suez Canal.

But what about Denmark - after all, an ally, and even with experience? And here, by and large, there are no problems for the States. What remains of Copenhagen's assets - defense and financial policy? So the defense issue has already been improved so much that it is not clear who is defending Greenland. 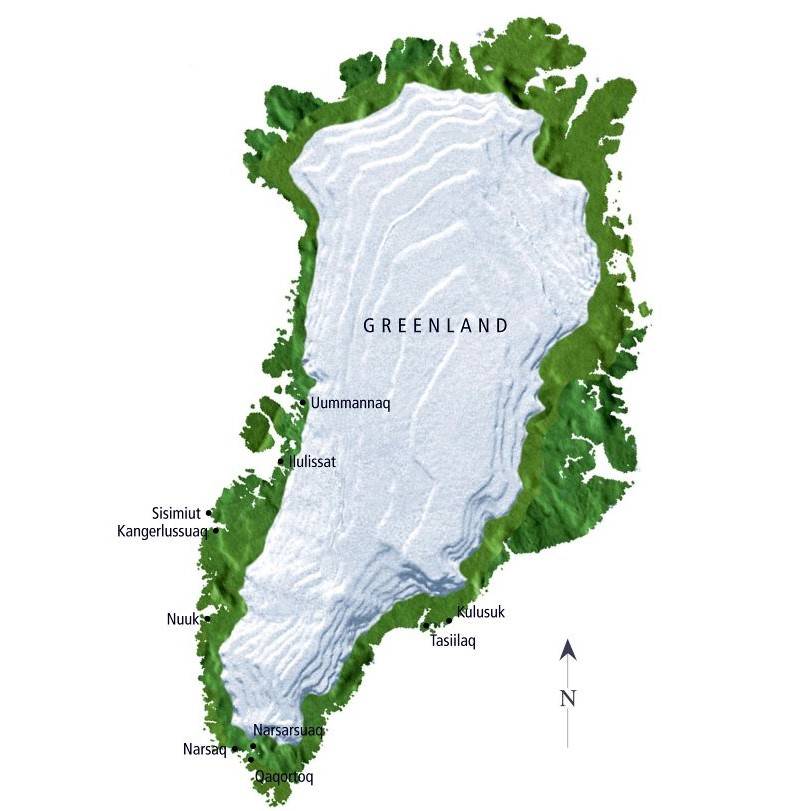 In the 2004 year, Denmark and the USA signed an agreement developing an agreement from the 1951 year. First of all, we are talking about the modernization of the American base of Thule in the framework of the missile defense system created by Washington. Changing a monetary unit is also not a problem. In any case, the American dollar will look more attractive than the Danish krone.

Of course, you can offer a specific amount for the island. Analysts have even calculated - 11 trillion dollars. Although if you build on Harry Truman's 100 millions, then, given inflation, the United States could offer only 1,5 billion dollars. But experts say this does not match market value.


Joking as a joke, and from the USA, confirmation of the seriousness of intentions regarding Greenland continues to come. At first, Trump's adviser Lawrence Cadlow confirmed that the president is really interested in the possibility of acquiring the island. He noted that Trump "understands something in the acquisition of real estate," adding "Greenland is strategically important and there are many valuable mineral resources."

Then, the American leader personally said that the country plans to discuss this issue, although so far it is not included in the core pool. But at the end of last week, the president, as Western media write, repeatedly asked his advisers whether the United States could buy Greenland and demanded analytical reports on the island’s natural resources. 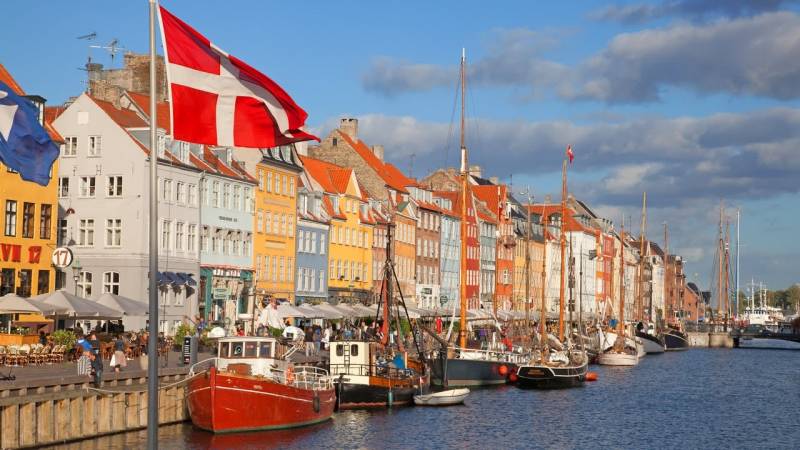 It's hard to say how President Trump will be accepted in Copenhagen.

In addition, Donald Trump is scheduled to visit Copenhagen in early September. On the agenda are meetings with Danish Prime Minister Mette Frederiksen and Greenland Cabinet Minister Kim Kilsen. They will discuss the problems of the Arctic. There is no doubt that leaders and purely economic issues will be affected.

After all, as it turned out, impressive oil reserves were discovered on the island shelf. In 2018, the US National Geological Survey conducted an analysis of the bowels of Greenland - and approximately 50 billion barrels of black gold were found on the shelf. For comparison, Libya has 52 billion.

And it may so happen that the question of buying an island by itself will go by the wayside. And on the first - the priority development of the bowels of the bowels by American oil companies. That is, before that, everything was a classic hype from the US president? Hype! Business laws apply everywhere Greenland is worse

Will Denmark do anything to spite the United States for such behavior, for example, give permission to lay the Nord Stream-2? Most likely no. As they say, why tease a tiger who is still thinking about a jump. So let's wait for the beginning of September, meetings in Copenhagen will clarify the future of the largest island on Earth.