Panic in the Saudi Kingdom 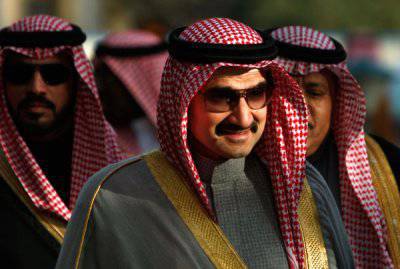 In recent weeks, significant news continue to come from the most "democratic" country of the Middle East - Saudi Arabia. First, news agencies around the world reported that Saudi Arabian crown prince Naif al-Saud died in Geneva. The prince was, no less a few, 78 years old. It would seem that such an age should itself say that man is not eternal. However, the death of Naif, Crown Prince, stirred Saudi Arabia. And the excitement didn’t sweep around at all for Saudi nationals who had the “honor” not so long ago to get acquainted with the methods of suppressing any unrest using government armored vehicles. Agitated Saudi political elite, led by 87-year-old King Abdullah Al Saud. The fact is that certain hopes were communicated to Naif on the continuation of the course of the current monarch, but since the crown prince ordered to live long, it was necessary to urgently look for another prince who could change Abdullah on his throne. A long search could not wait, and a couple of days after the death of Naif Abdullah announced that henceforth Salman bin Abdulaziz was appointed the new crown prince of Saudi Arabia.

Prince Salman is King Abdullah's 76-year-old. Also, as they say, far from a boy, but because the overbearing elite of Saudi Arabia is obviously experiencing a serious crisis. The fact is that the kingdom today is trying to position itself as a state that has the power to impose a “democratic” order in the world, although there is not even the smell of the very real democracy in Saudi Arabia itself. But it’s one thing to try to solve the problems of foreign countries and quite another to try to restore order in your country, where after the funeral of Prince Naif you can expect a new beginning of Shiite unrest, which will obviously be supported by Iran.

Obviously, King Abdullah worried about the situation and hurried to issue a decree to bring the Saudi army into full combat readiness. Saudi Special Forces units expect possible mass unrest in the country, and therefore are ready to once again go to the defense of "internal democracy" when it is headed by one very large democrat.

It would seem that the introduction of the actual state of emergency should have brought the situation to a normal course, but then a number of Arab media published data that can be described as having the potential of a bomb ready to explode at any moment. According to data from the Arab news agencies, Saudi King Abdullah, after all the troubles of the last time, associated with the death of Naif and possible unrest in the country, was hospitalized and is now in a coma. There is unconfirmed information that the 87-year-old king will no longer be able to return to state affairs, because the doctors of the clinic stated that the aged monarch had stopped active brain activity. It is reported that Abdullah was urgently sent for treatment in Morocco, where he had already undergone a therapeutic course. Immediately there is information that Abdullah stayed on the territory of the country and was placed in a military hospital of the Saudi capital.

In general, the situation remains confusing, and it is completely incomprehensible at the moment whether the authorities of the kingdom are silent about the possibility of the monarch’s near (or even already accomplished) death, or whether the opposition Arab media are pouring oil on the fire that is about to break out in Saudi Arabia. . At least, there is precisely confirmed information from the attending physician, William Roger, that King Abdullah’s 1 brain in July did not respond to electromagnetic impulses. And then - complete silence from the attending physicians, and from the official authorities, which is like a real Mkhatovskaya pause, after which the action can move to the culmination phase.
For natural reasons, the situation in Riyadh in the absence of the state leader on the throne, and even if there are reports of his worst physical condition, is tense to the limit. In the royal palace, an almost open struggle began for the throne, which is far from being the youngest Crown Prince Salman and could not hold back.

In this regard, it is extremely interesting to observe the position of the West regarding the events in Saudi Arabia. After all, today this apparently totalitarian state is almost a direct ally of the United States. And, despite the fact that 4 a year ago, one of the American magazines called Abdullah a bloody dictator, the activities of this dictator were on hand to the Americans. Recently, Saudi troops have been used more than once to advance the "democratic will" of the West to North Africa and the Middle East. That is why Saudi Arabia in recent years can be called an even more active supporter of NATO policy than many of those countries that directly belong to the alliance itself. And we should not forget that Saudi Arabia is the most important world exporter of oil, a serious percentage of which goes straight to the United States. Losing a partner who is ready to share raw materials with Washington’s loyalty, and giving soldiers to perform certain operations, is simply not strategically advantageous for the United States. What is there is not profitable - like death. By the way, after all, almost 4% increase in the price of a barrel of oil on world markets, which was recorded last week, is directly related to the Saudi events.
It turns out that if the news that King Abdullah doesn’t return to power activities is confirmed, then the Americans themselves will have to take the bull by the horns and support the person who will continue to send the policies started by Abdullah Al Saud on the throne of Saudi Arabia.

However, at the same time, Shiite forces may exert their pressure, which may also be strengthened by Iran. In such a situation, it is very important whether the change of power in Saudi Arabia takes place painlessly and according to all existing traditions, or the hereditary princes themselves start a game that can lead the country to chaos. Although in this case, to be honest, the country which itself has recently wreaked havoc where it could (including in the North Caucasus), can hardly be truly sorry.
It is worth expecting that the democratic assistants from Washington will still help the Saudi princes not to fight and at the same time subdue the Shiite population, who is demanding a change. And if they do not have time to help, then the Saudi bomb will be much more impressive than all those that the world has seen in recent years.