Did they win too? On the contribution of France to the Second World War

August 20 2019
135
France is considered one of the full-fledged countries - winners of German Nazism, along with the Soviet Union, the USA, and Great Britain. But in reality, the contribution of the French to the struggle against Nazi Germany is in many ways overestimated. 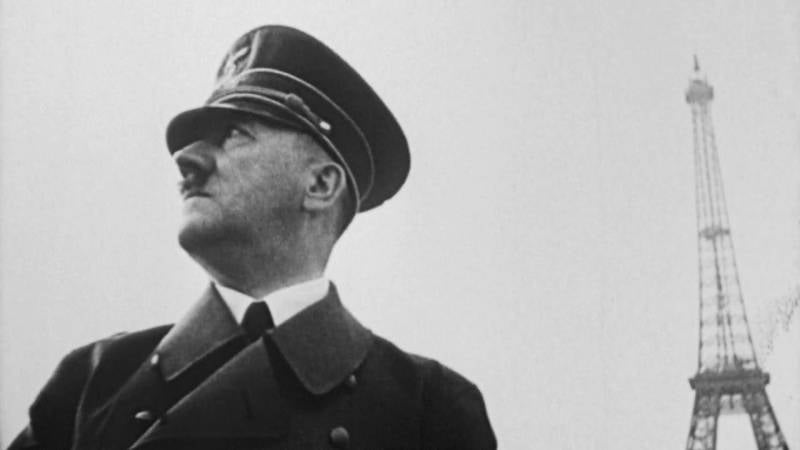 By the time World War II began, France was considered one of the strongest countries in Europe, along with Germany and Great Britain. By the time the Nazis invaded France, the French army totaled more than 2 million personnel, included 86 divisions, 3609 were armed tanks, 1700 artillery pieces and had 1400 aircraft. Germany had 89 divisions on the French border, that is, the forces of the parties were comparable.

On 10 of May 1940 of the year Germany invaded France, and on 25 of May, the Commander-in-Chief of the French Armed Forces, General Maxim Weigann, at a government meeting, said that surrender should be requested. On 14 of June 1940 of the year the Germans entered Paris, and on 22 of June 1940 of the year France officially capitulated. One of the largest European powers, which had dozens of colonies in Africa, Asia, America and Oceania, lasted only 40 days. More than a million troops were captured, 84 thousands died. 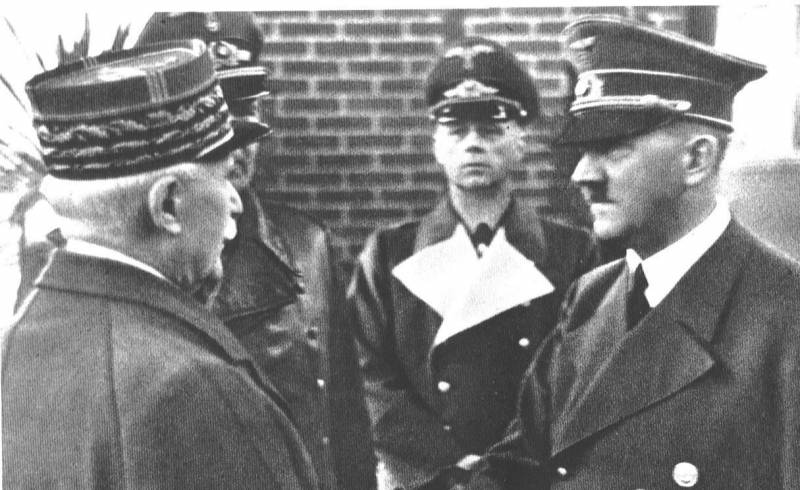 10 July 1940 years, two months after the German attack, a pro-Hitler puppet government was approved in France, approved by the National Assembly in Vichy. He was led by the 84-year-old Marshal Henri Philippe Petain - one of the oldest French military commanders, who received the marshal's rank in the 1918 year. Shortly before the surrender of France, Petain became deputy chairman of the French government. Pétain fully supported Hitler in exchange for control of the southern part of France.

The northern part remained occupied by German troops. The Vichy government, named after the name of the city in which it was formed, controlled the situation in most French colonies. So, under the control of the Vichy were the most important colonies in North Africa and Indochina - Algeria and Vietnam. The Vichy government deported at least 75 thousands of French Jews to death camps, thousands of French fought on the side of Nazi Germany against the Soviet Union.

Of course, not all French were collaborators. After the surrender of France, the national committee of General Charles De Gaulle, operating from London, began his activities. He was subordinated to the French military units, who did not want to serve the Vichy regime. Partisan and underground movement unfolded on the territory of France itself.

But it is worth noting that the contribution of the French Resistance to the war against Nazi Germany was incomparable with the contribution that the Vichy government and part of France controlled by the Nazis made to equip the Wehrmacht with weapons, to provide it with food, uniforms and equipment. Almost all the industrial capacities of France until its liberation worked for the needs of Nazi Germany. 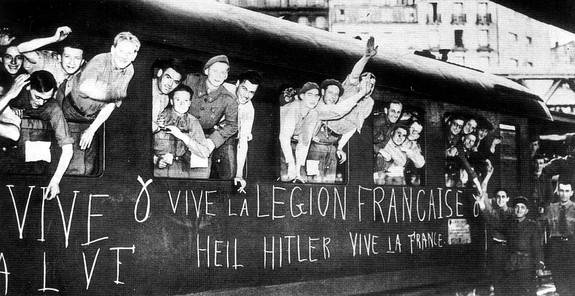 During the period from 1940 to 1944, France delivered 4 thousand aircraft, 10 thousand aviation engines for the needs of the Luftwaffe. German planes with French engines bombed Soviet cities. More than 52 thousand trucks manufactured in France made up a significant part of the vehicle fleet of the Wehrmacht and the SS troops.

The French military factories uninterruptedly supplied Germany with mortars, howitzers, and armored vehicles. And the French workers worked at these enterprises. Millions of French men did not even think of rebelling against the Nazis. Yes, there were some strikes, but they could not be compared with the real struggle waged by the inhabitants of the Soviet Union or, say, Yugoslavia in the occupied territories.

In the Soviet Union, the miners of Donbass flooded the mines so that the Nazi invaders could not use coal, and in France, the workers could do the best they could to strike - no, not against supplies weapons to the front, but for an increase in wages. That is, in principle, they were ready to work to build up the power of the German army, but for a slightly larger fee! 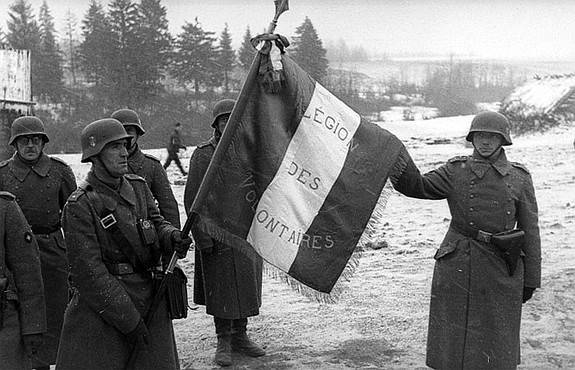 Fighting France is associated with us, for example, with the famous aviation regiment "Normandy - Neman". The pilots of the Normandy-Neman are real heroes, fearless guys who gave their lives, fighting in the sky over the Soviet Union against Nazi aviation. But we understand that there were very few pilots of the Normandy-Neman. But thousands of French fought as part of the Wehrmacht and SS volunteer units. As a result of the war, 23 thousands of 136 French citizens who served in various units and divisions of the SS and the Wehrmacht were captured. And how many thousands of Frenchmen were not captured, how many thousands died on Soviet soil, where did they come with fire and sword in the reach of the Nazi invaders?

By the way, the French historian Jean-Francois Muracchol estimates the number of Free French forces - the armed wing of "Free France" - in 73 thousands of 300 people. But actually the French among them there were only 39 thousand 300 people - not much more than the number of Frenchmen in Soviet captivity and clearly less than the number of French troops fighting on the side of Nazi Germany. The remaining fighters of the Free French Forces were represented by Africans and Arabs from the French colonies (about 30 thousand people) and foreigners of various origin, who served in the Foreign Legion or joined the “Free France” on their own initiative.

Who were the famous French partisans

About the movement "poppies" write books, make films. Famous French partisans ... Only the French among them were an absolute minority. And would ethnic French begin to create partisan units with names like Donbass or Kotovsky? The main part of the French partisan resistance was composed of Soviet prisoners of war who had fled from prison camps in Western Europe, the Spanish revolutionaries who had moved to France - the remnants of the revolutionary forces that had been defeated by the troops of Francisco Franco, the German anti-fascists, as well as the British and American military intelligence who were being thrown to the rear to the Nazis.

Only American intelligence agents were thrown into the territory of France 375 people, another 393 people were agents of Great Britain. The abandonment of agents took such proportions that in the 1943 year, the United States and Great Britain developed an entire reserve of intelligence officers who spoke French. After that, groups consisting of 1 Englishman, 1 American and 1 Frenchman, who spoke English and acted as a translator, began to throw. 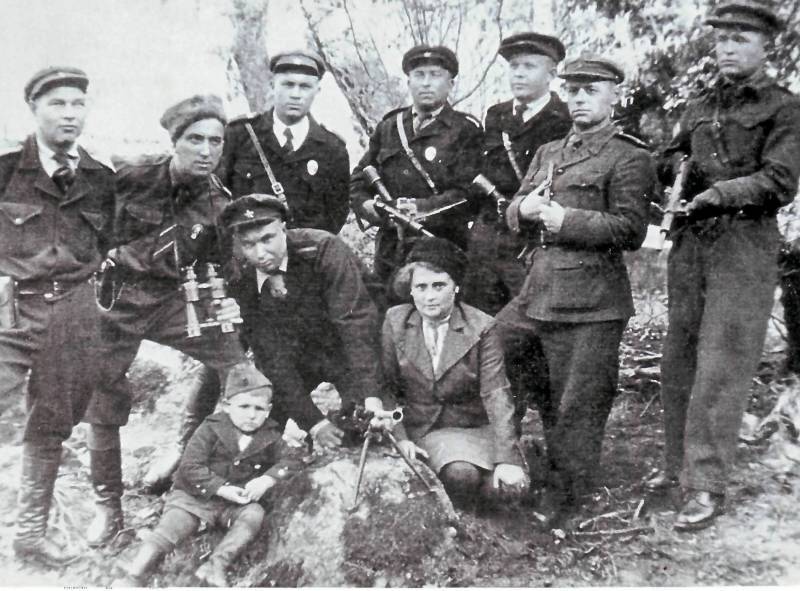 The former Soviet prisoners of war fought most fiercely, forming the basis of numerous guerrilla groups named after the heroes of the Civil War, Soviet cities. So, the detachment "Stalingrad" was commanded by Lieutenant Georgy Ponomarev. France still remembers the names of George Kitaev and Fedor Kozhemyakin, Nadezhda Lisovets and other heroic Soviet soldiers. 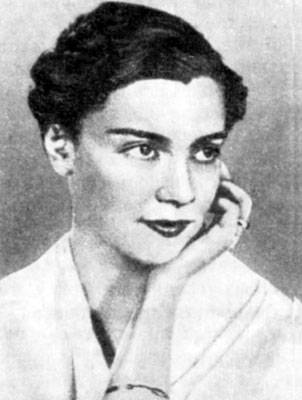 Among the participants of the Resistance there were representatives of the Russian emigration, for example, the legendary Vicki, Vera Obolenskaya - the wife of Prince Nikolai Obolensky. In the underground, Vicki was involved in organizing the escapes of British prisoners of war, and was responsible for communication between underground groups. Her life ended tragically - she was arrested by the Gestapo and on 4 on August 1944 she was executed in Berlin. The song of the partisans became the anthem of the Resistance, and Anna Yuryevna Smirnova-Marley (nee Betulinskaya), also an emigrant from Russia, wrote it.

A huge contribution to the organization of the partisan struggle against the Nazi invaders was made by French Jews and immigrants from other countries, who created a number of their own underground groups in France, as well as those present in most international partisan formations. An underground network “Strong Hand” was created, on the basis of which an entire “Jewish Army” was formed. In Lyon, Toulouse, Paris, Nice and other cities in France, there were underground Jewish groups engaged in warehouse sabotage, the destruction of sex workers by Hitler’s intelligence services, theft and destruction of Jewish lists.

A large number of people of Armenian descent lived in France, so it is not surprising that groups of partisans and underground members, ethnic Armenians, also appeared. 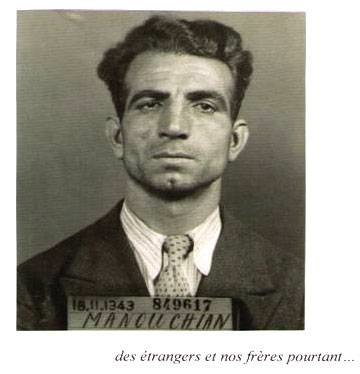 Gold letters inscribed in history France’s name is Misak Manushyan, an Armenian anti-fascist who managed to escape from the Nazi concentration camp and create his own underground group. Unfortunately, Misak was also captured by the Gestapo and executed on 21 on February 1944. Misak Manushyan's group included 2 Armenians, 11 Jews (7 Polish, 3 Hungarian Jews and 1 Bessarabian Jewess), 5 Italians, 1 Spaniard and only 3 Frenchmen.

The writer Luiza Srapionovna Aslanyan (Grigoryan), who took an active part in the Resistance Movement together with her husband Arpiar Levonovich Aslanyan, was killed in the Nazi camp (he also died under strange circumstances in the Nazi concentration camp - whether he was killed or died from torture).

On 22 on August 1944, in the vicinity of La Madeleine, a detachment of French partisans, the Maki, attacked a German column retreating from Marseille. The convoy included 1300 soldiers and officers, 6 tanks, 2 self-propelled artillery, 60 trucks. The partisans managed to blow up the bridge and the road. Then they began shelling the column with machine guns. For a whole day the Germans, who had absolute superiority in numbers, fought with a small partisan detachment. As a result, 110 German soldiers and only 3 partisans died. Heroes of the French partisans? Undoubtedly. Yes, only the French in the detachment were only 4 people, and the remaining 32 fearless anti-fascists were Spanish by nationality.

In total, the number of French partisans was about 20-25 thousand people. And this is in a country with more than 40 millions of people! And this is taking into account that 3 thousands of partisans were citizens of the Soviet Union, and many thousands more were ethnic Armenians, Georgians, Jews, Spaniards, Italians, Germans, who ended up on the territory of France by the will of fate and often gave their lives for her liberation from the Nazi invaders.

Are the laurels of the victorious country difficult for France?

As for the French themselves, an absolute minority of the country's inhabitants joined the partisan movement. Millions of French citizens continued to work properly, to carry out their duties, as if nothing had happened. Thousands of Frenchmen went to war on the Eastern Front, served in the colonial troops, obeying the collaborationist regime of Vichy, and did not think about resistance to the invaders.

This suggests the conclusion that, in general, the French population was not so burdened by life under the rule of Nazi Germany. But is it possible then, in this case, to consider France among one of the countries - winners of fascism? After all, the same Serbs or Greeks made a much more significant contribution to the victory over the Nazi invaders. In small New Zealand, 10% of the country's male population died on the fronts of World War II, fighting against Japanese and German forces, although no one occupied New Zealand.

Therefore, even if the German Field Marshal Wilhelm Keitel did not say the words ascribed to him - “Well, have we lost the French too?”, Then they should clearly have been said. As such, France simply did not contribute to the victory over Nazi Germany, since the Vichy regime supported the Nazis. If we are talking about individual Frenchmen who fought in the ranks of the Resistance, then there were many real heroes - anti-fascists of German or Spanish nationality, but no one speaks of Spain's contribution to the fight against Nazism or Germany's participation in the victory over itself.