For the first time, the MiG-31BM met in a stratospheric conditional battle

August 19 2019
111
The crews of Russian fighter interceptors were tasked with conducting combat at stratospheric heights. Such problems were solved by the crews of MiG-31БМ aircraft. 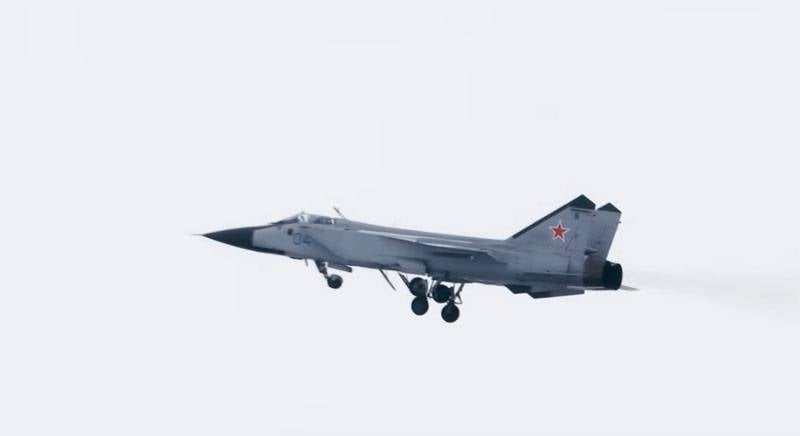 For the first time, aircraft of precisely these modifications converged in stratospheric aerial combat. Pacific Fleet Press Service (Pacific fleet) reports that the conditional battle was carried out at altitudes of more than 20 thousand meters. In this case, the speed parameters of the flight were approximately 2,5 thousand km / h.

Exercises to develop options for conducting air combat were performed in the airspace above the Kamchatka Peninsula. On a number of sections of the trajectory, the battle took place actually on the high-altitude ceiling of MiG-31БМ aircraft.

During the maneuvers, the conditional enemy was successfully intercepted. By the way, the MiG-31BM also acted as the enemy. As the departmental press service notes, his tasks included breaking through the air borders of Russia at high speed - in the lower stratospheric layer.

It is particularly worth emphasizing the fact that the search for the intruder was carried out using the on-board means of the MiG-31BM - without involving the capabilities of ground-based systems and air defense systems.

The final stage of the exercises in the stratosphere was the electronic launch of long-range air-to-air missiles.