August 19 2019
74
American soldiers, together with members of the Polish Armed Forces, have been trained to overcome water barriers in the ford areas. Attention was drawn to the fact that, before training, the real infantry was "seized" from servicemen weapon and handed plastic copies of Kalashnikovs. They didn’t trust combat weapons? 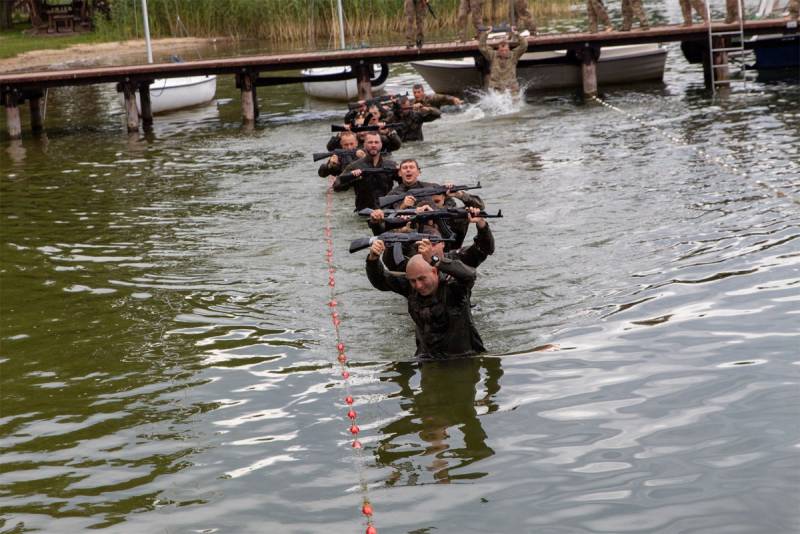 For better visualization of the “ford” place from the bridge to the shore, two ropes were pulled on small buoys. Between them, a “ford” passed. And it was along this path that the joint Polish-American detachment was supposed to reach the necessary point.

Another stage of training on the basis of the 15th Gizycki mechanized brigade was training in hand-to-hand combat with weapons. 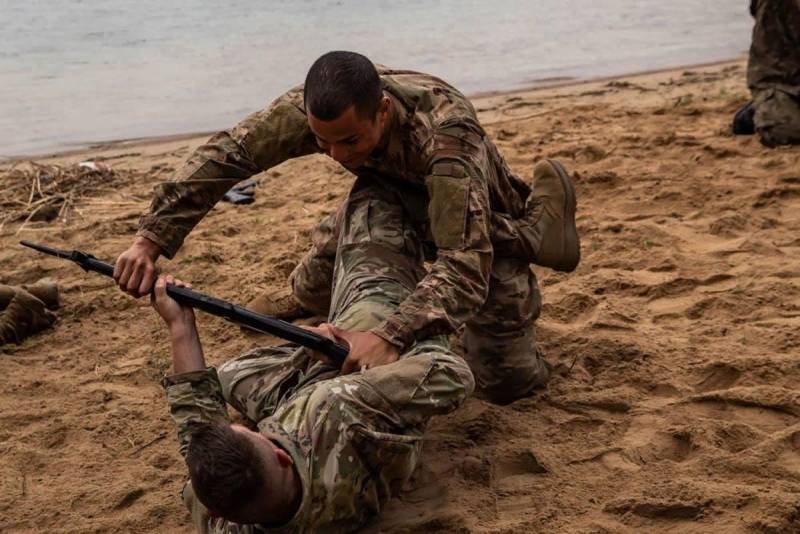 True, plastic machines were again used as a “weapon”. Some of these plastic "toys" hit, others fought back. 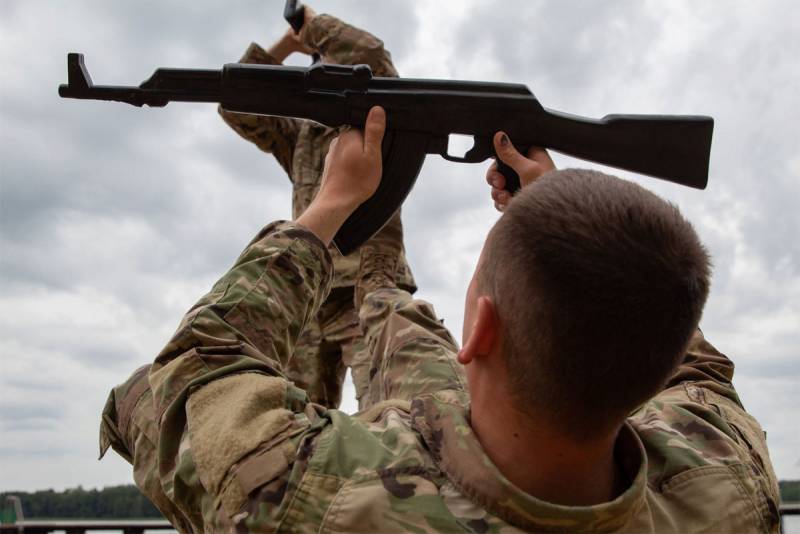 After completing the two-day training, the commander of the Polish brigade, Norbert Ivanovsky decided to reward the participants in the “maneuvers” in a peculiar way. As a reward, certificates were printed on the printer, which were distributed to the military - so as not to get wet, the certificates were placed in transparent stationery files. 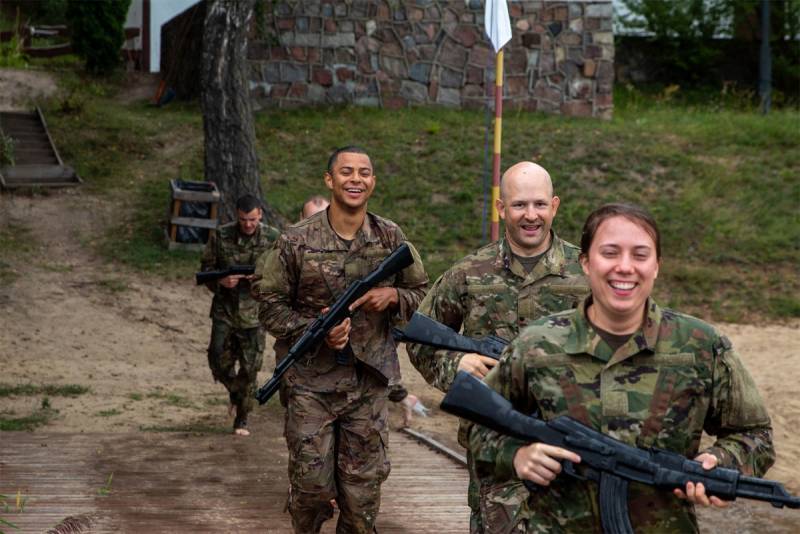 From a statement by Norbert Ivanovsky:
You have proven yourself in difficult conditions of survival and operations on the water. You have shown progress in learning. 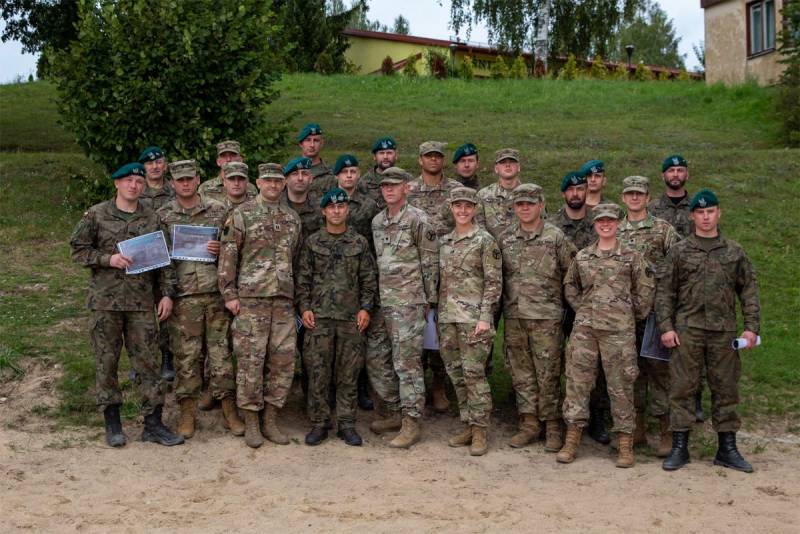