August 18 2019
118
Boeing is preparing in 2020 to begin testing the Loyal Wingman fighter UAV, which is being built in the interests of the Royal Australian Air Force. The implementation of the digital engineering program has accelerated development. 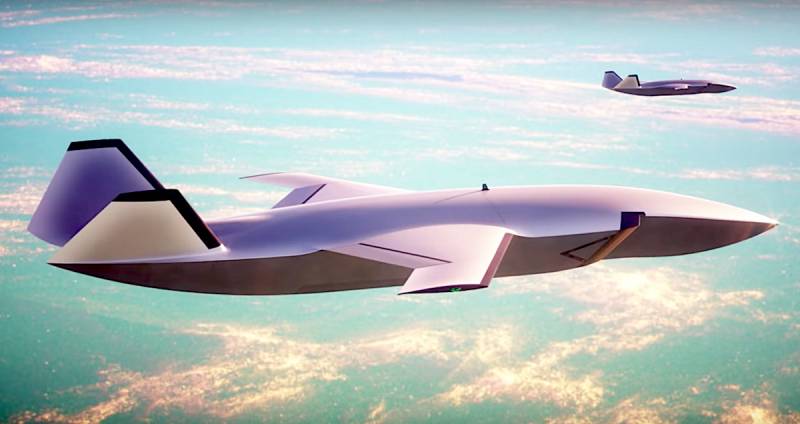 The Boeing Aircraft Concern, which has been severely affected by problems in the civilian market related to the 737-MAX airplane software failures and the ensuing two disasters, is trying to win back positions in the military market. The recent success of the company related to the purchase by the Pentagon of a new version of the F-15 multi-functional fighter is supported by intensive work in the field of unmanned aerial vehicles.

Loyal Wingman is a demo platform for unmanned fighter jets. A promising project that the American concern is developing in the interests of the Australian Air Force should occupy the niche of a full-fledged unmanned escort aircraft with elements of artificial intelligence. The company is about to begin testing the full-size prototype in the 2020 year.

The future of unmanned technology

The task of such aircraft is to protect the main machine, whether it be a fighter or a transporter. Unmanned support and escort aircraft are also capable of carrying more powerful radar stations and sensors. This allows you to expand the capabilities of the fighter, expanding its radius of action and the ability to detect and counter the enemy.

The development of the digital engineering program adopted by Boeing has seriously advanced us in development. As a result of this work, we have a full digital copy of the entire structure of the aircraft, which we have been able to experience thousands of times using a variety of scenarios.
“said Dr. Shane Arnott, director of Phantom Works International, a Boeing subsidiary.

The Boeing team uses its Systems Analysis Laboratory in Brisbane, Australia to model the critical capabilities and life cycle of a promising UAV. In fact, the Boeing team has already received the necessary information from the laboratory and is conducting field trials of the Loyal Wingman system using a “surrogate aircraft”. 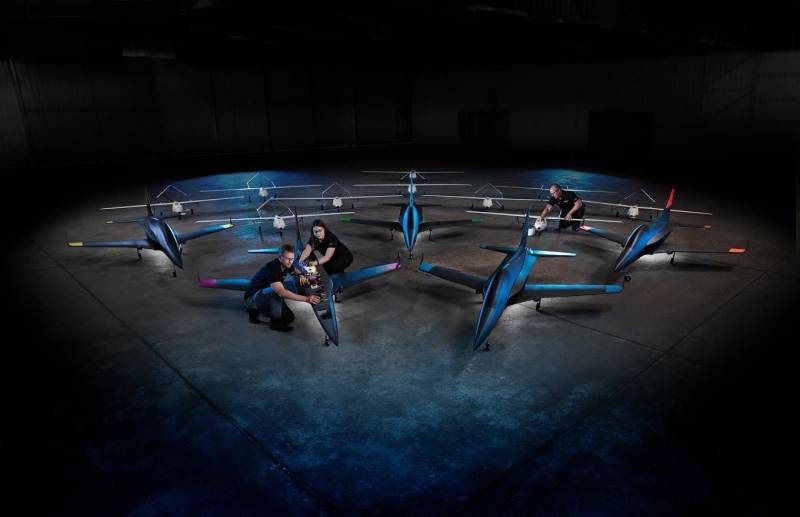 Boeing uses a team of 15 UAVs, some of which are capable of speeds exceeding 300 kilometers, to improve autonomous control algorithms, data integration, object detection systems and collision avoidance methods.

Digital engineering has allowed Boeing to engage in development, as well as simulate and test the behavior of the new UAV before the machine took off in real life. ,

Digital engineering has significantly reduced both risks and the cost of an aircraft test program, as well as increased system reliability.
- they say in the concern.

Work in Australia also serves as the basis for the Boeing Airpower Teaming System international project. As part of it, the concern is developing unmanned fighter escorts capable of working in conjunction with the main machine and make flights to 3700 km. It is assumed that the system will be modular, which will make it easy to modify it to the requirements of a particular customer.

Ctrl Enter
Noticed oshЫbku Highlight text and press. Ctrl + Enter
We are
The cause of disasters Boeing-737 could be cheap programmers from IndiaDARPA builds robots with "real human" brains
Military Reviewin Yandex News
Military Reviewin Google News
118 comments
Information
Dear reader, to leave comments on the publication, you must sign in.