The response of the Northern Fleet to the construction of the Globus III radar was not long in coming. What is happening near Vardø?

August 19 2019
58
Confirmed in May 2019 information about the start of work on the construction of the antenna post of the radar of the Missile Attack Warning System Globus III and updating the element base of the similar AN / FPS-129 radar “Have Stare” (“Globus II”) in the Norwegian fishing village of Vardø met with quite justified and harsh rhetoric in the Russian Foreign Ministry. 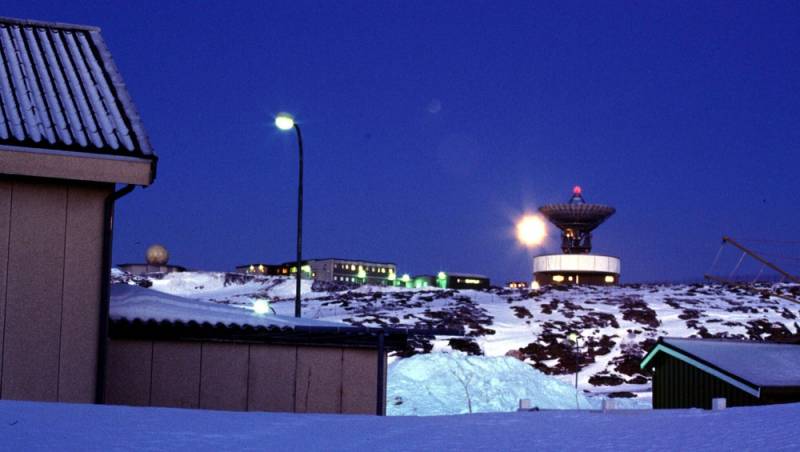 On May 23, 2019, the official representative of the Russian Foreign Ministry, Maria Zakharova, convicting Norwegian military intelligence of providing information on the strategic aerospace situation over the Arctic region recorded by the Globus II radar to the US Air Force command, announced the implementation of a number of significant countermeasures against this object, which is one of the key elements of the American missile defense system in the conventional European theater of operations. And there is nothing surprising in such belligerent pathetics, because it is well known that the radar systems of the AN / FPS-129 family, although they are not the best in terms of noise immunity, reflector parabolic antenna arrays, their peak power of 200+ kW and centimeter X-band operation determines filigree accurate determination of the effective scattering surface (EPR) of most promising means of aerospace attack of the North fleet Russian Navy and Russian Aerospace Forces undergoing full-scale tests in the stratosphere over the Barents and Kara Seas.

Let us describe the essence of the problem in a more technically sophisticated plane: Globus II / III will be able to easily determine the “radar portraits” (EPR) of the following types of tested missile weapons and aircraft:

- 3M30 Bulava-30 solid propellant ballistic missiles included in the ammunition of strategic missile submarine cruisers of the 955 class (Borey class) and undergoing regular missile tests with the launch from the Barents Sea and the destruction of the Kura target range in Kamchatka;

- supersonic and hypersonic anti-ship missiles 3М55 "Onyx" and 3М22 "Zircon" during firing tests with a "mixed" flight path profile, providing for the RCC to reach altitudes from 8 to 15 km on the marching portion of the path (this is the exact portion of the viewing area “Globe-2” and “Globe-3” radars);

- various types of promising strike reconnaissance UAVs of the Aerospace Forces of Russia, barring over the Arctic region as part of the erupted "Arctic race" between Russia, the USA, Denmark, Norway, Canada and the United Kingdom.

It is logical to assume that the definition of "radar portraits" (effective reflective surface) of the above promising types of Russian weapons will allow specialists from the US Air Force Research Laboratory to create the appropriate digital nomenclature of EPR patterns for these products to further facilitate their identification using AWACS AWACS aircraft, as well as via the AN / APG-77 / 81 airborne radars of the F-22A and F-35A fighters and NATO Joint Air Force fighter radars. Therefore, the Globus II / III radar missile launchers deployed in the vicinity of the Norwegian village of Vardø are quite capable of revealing a number of critical technologies for Russian missile weapons that are being tested in the airspace of the Arctic region. Not to mention the fact that under the radiolucent fairing of the Globe-3, there may be an order of magnitude more noise-protected AFAR radar GBR-P, capable of selecting targets even against the background of interference counteraction from the Khibiny electronic warfare systems. And this is a real threat to the national security of the Russian Federation.

The answer was not long in coming

The first serious warning to Oslo and Washington was made long before the loud statement by Russian Foreign Ministry spokeswoman Maria Zakharova. We are talking about the February testing of a conditional anti-radar strike on the Globus II radar, carried out by a unit of Su-24M naval front-line bombers aviation Northern Fleet of the Russian Navy. This event seriously puzzled senior representatives of the Norwegian military intelligence, including Morten Haga Lunde, the director of the agency. However, the suspension of the construction of the antenna post of the Globus III radar 50 km from the Murmansk region did not follow.

As a result, the Northern Fleet command had no choice but to take on a more weighty countermeasure, consisting in relocating the battery of the long-range coastal anti-ship complex 3K60 “Bal” to the Sredniy Peninsula, located 60 km from the Finnish Norwegian fule (province) and 65 km from Vardø. Since that moment, the operational-tactical alignment on the Kola Peninsula has undergone a number of serious changes.

Despite the subsonic flight speed in 850 — 1020 km / h and an effective scattering surface of the order of 0,1 sq. m, anti-ship missiles 3М24У (Х-35У) can be equipped with upgraded active-passive radar seeker ARGS-35 with the additionally introduced detection and “capture” mode of not only surface targets, but also radio-contrast (radio-emitting) stationary coastal objects (including radars “G” 2 / 3 ").

At the same time, the use of the ARGS-35 passive mode of operation in combination with a radio altimeter and an inertial navigation system will allow the X-35U missiles to “sneak up” to the Globes along ultra-low altitude trajectories (3-7 m above the wave crest), without revealing their own location using radio equipment NATO-based Air Force Intelligence (RTR RC-135V / W aircraft, etc.); in this case, guidance can be carried out directly on the radiation of the Globus-2 / 3 radars. More importantly, flying Uranus at extremely low altitudes will create a number of difficulties for intercepting them with the Patriot PAC-3 missile defense systems, which can be used to cover the island of Vardø, because it is well known about the “chronic disease” of AN / MPQ-53 / 65, which consists in the impossibility of "capture" targets at altitudes less than 30 m.

Of course, target designation of MIM-104F PAC-3MSE anti-missiles on our X-35 Uranus can be issued by E-3C Sentry DRLO aircraft using the Link-16 channel, but this is not all clear. Firstly, for this AWACS will have to approach the Murmansk region at a distance of 250 km (it is at such a distance that their "mushroom" AN / APY-2 radars are capable of detecting a "swarm" of X-35У anti-ship missiles). But this is bad luck: such a rapprochement is fraught for E-3B / C crews entering the affected areas of the S-400 anti-aircraft missile regiments and C-300В4 systems (250 and 350 km, respectively), as well as MiG-31BM interceptors with P-37 missiles on the suspension nodes covering the objects of the Northern Fleet. Secondly, the Link-16 network channels can be suppressed through the combined use of the Krasuha-4, Resident and Diabazole electronic warfare systems. And what can I say here, when the reflection of a conventional salvo from the 32 anti-ship missile system of the X-35U launched from the island of the Middle Division of the Bal complex, the air defense systems deployed on Vardø Island will have only 4 minutes left!