August 15 2019
117
Russia continues to be one of the leaders in creating advanced weapons in the world, but she also has "failed projects." This writes the American edition Business insider. 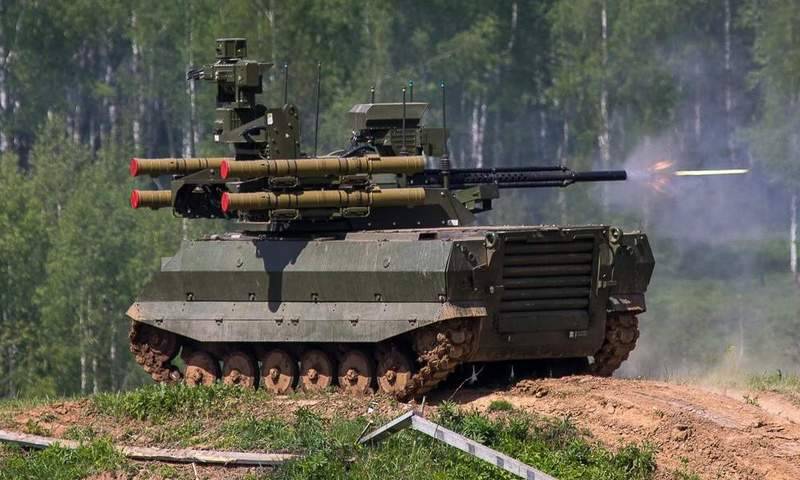 Against the backdrop of the creation of advanced weapons, which Russia is promoting around the world, Moscow also has "failed" projects when the equipment does not confirm the characteristics laid down in it, the newspaper writes. According to the authors of the article, at the moment there are three such projects.

The authors call the first "failed" project of Russia a ground-based robotic complex "Uran-9". According to the publication, Russia allegedly "pretended" in the 2018 that this complex was used in Syria, but in fact the Russian military recognized that Uranus-9 was not working, and references to it soon ceased.

The authors put active chameleon camouflage in the Predator style, which was supposedly “quickly forgotten,” in second place with “failed” Russian weapons. The publication writes that last year, Rostec announced the creation of a new camouflage that can instantly change color depending on the environment, but still has not demonstrated it, although this news "thundered all over the world."

On the third step of the podium of failed projects, the publication marked the Russian cruise missile with the Burevestnik nuclear installation, which the authors called the "national shame of Russia." The publication is convinced that the project was unsuccessful, as allegedly testified by Russia’s tests. The article says that in the four tests conducted from 2017 to February 2018, the rocket’s nuclear engine “couldn’t be launched."

It is noteworthy that all these conclusions of American "experts" are based on incomprehensible data from the past year, and do not affect the current one at all. For example, this year it became known that the Uran-9 complex, after being adopted, was modernized taking into account the comments of the military and many media outlets wrote about this, including foreign ones. With regard to the Burevestnik missile, you can write anything, since there is still no reliable information about it, and all publications of foreign media are based on the assumptions and inventions of article authors.