August 16 2019
61
In the past few years, American media and society have often debated cases that relate to the moral character of American commandos and the crimes they commit. Special forces are accused of using and transporting drugs, violence against civilians, violations of discipline and charter. High-ranking generals also talk about discipline and crime problems. The situation got to the point where General Richard Clark, commander of the US Special Operations Forces, ordered a check on the moral character of the military units entrusted to him. This was written by the official newspaper of the US Department of Defense, Stars and Stripes. 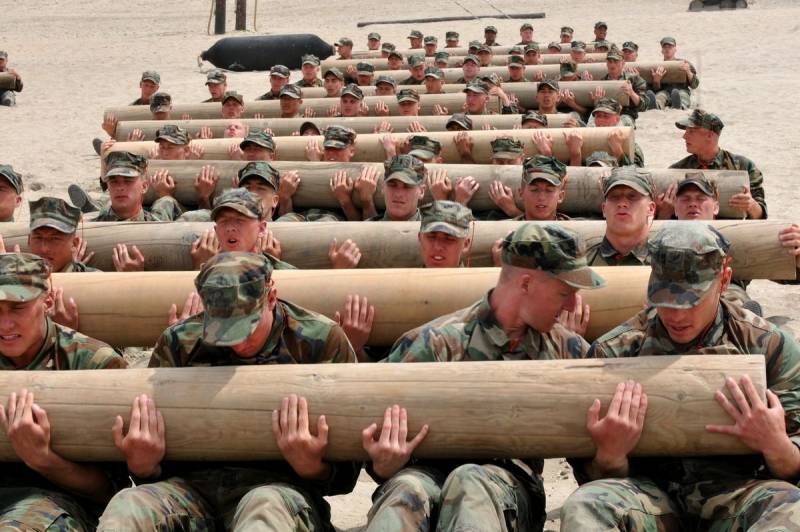 According to the general, the latter news question the cultural and moral values ​​of special forces soldiers and may cause a loss of public confidence. The loss of confidence in their defenders by ordinary Americans is unacceptable, says Richard Douglas Clark. That is why in the near future the high command will visit parts of the special forces. According to the newspaper Stars and Stripes, the check in units should be completed by November 2019.

The greatest resonance in the American press was caused by the news that appeared at the end of July 2019 of the year. The American command was forced to take a very rare step. A whole platoon of the elite division of the Fur Seals was sent ahead of time home from Iraq. The reason was the deterioration of order and discipline in the unit in their spare time from completing tasks. According to CNN, the command has lost confidence in the ability of the team to carry out combat missions. As a result, the platoon of special forces prematurely went back to San Diego. As noted in the US Department of Defense, this decision is due to the fact that seals in their free time abused alcohol, and fighters are also accused of sexual violence. At the same time, the Special Operations Command emphasizes that there is no evidence that special forces used drugs or used alcohol during combat missions. Currently, this fact is being verified.

This news in the United States overlapped with another high-profile case with the military, in which 19 people were immediately involved. The day after the withdrawal of elite special forces soldiers from Iraq, 18 Marine Corps fighters and one sailor were arrested at Camp Pendleton, California. According to CNN, the detained servicemen are accused of various crimes - from smuggling people (transporting illegal migrants in order to gain profit) to drug cases. Another eight marines were questioned about possible involvement in drug offenses unrelated to the arrests. 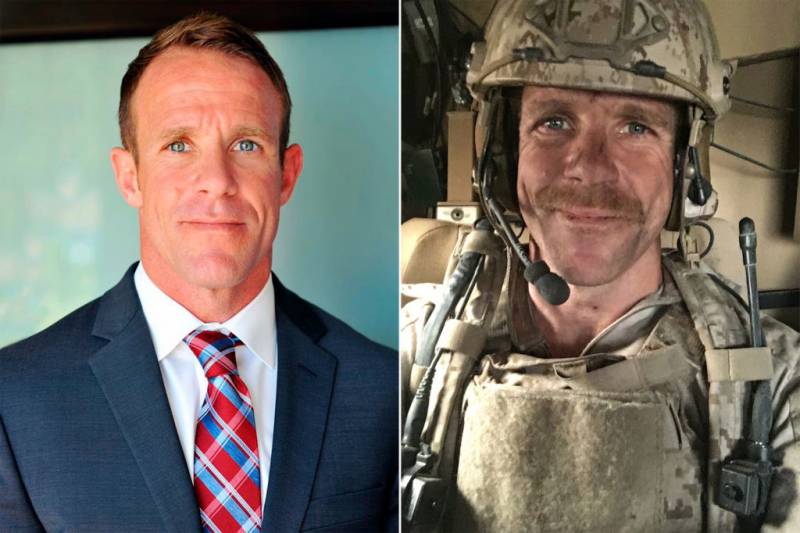 Just a few days before the news, a court in the United States acquitted officer Eddie Gallagher, the commander of one of the seals units. The jury acquitted the defendant, who was accused of murder and attempted murder. Eddie Gallagher was accused of killing a wounded captured ISIS militant (a banned terrorist organization in Russia) with a knife and was also accused of shooting civilians in Iraq. At the same time, Gallagher was found guilty of one episode, he posed in a photograph with a killed captive militant. For this, the officer was sentenced to 4 months of imprisonment, but he will not serve his sentence, since he spent already 9 months in prison. An additional punishment for Gallagher was the fact that the jury urged to lower the officer in the rank, as well as reduce the amount of pension benefits.

Another high-profile case involving Seals was the killing in 2017 in Mali of US Army Staff Sergeant Logan Melgar, who is the Green Beret (Special Forces of the Ground Forces). The murder occurred in the capital of Mali Bamako. Four people are accused of committing a crime: two fur seals and two marines. All of them, including the victim of the crime, provided security for the American embassy in Mali. All four defendants in the case were charged with manslaughter, conspiracy and attempt to conceal the traces of the crime, hazing and burglary.

Other incidents involving US special forces over the past few years and which have been reported in the media include cocaine use, numerous instances of sexual aggression and rape, and drug trafficking on military transport aircraft. Commenting on the frequent news, which featured fighters of elite American special forces, Rear Admiral Colleen Green noted: “I don’t know yet whether we have problems with moral character and culture, but I know that we have problems with discipline and order, which must be addressed immediately. " 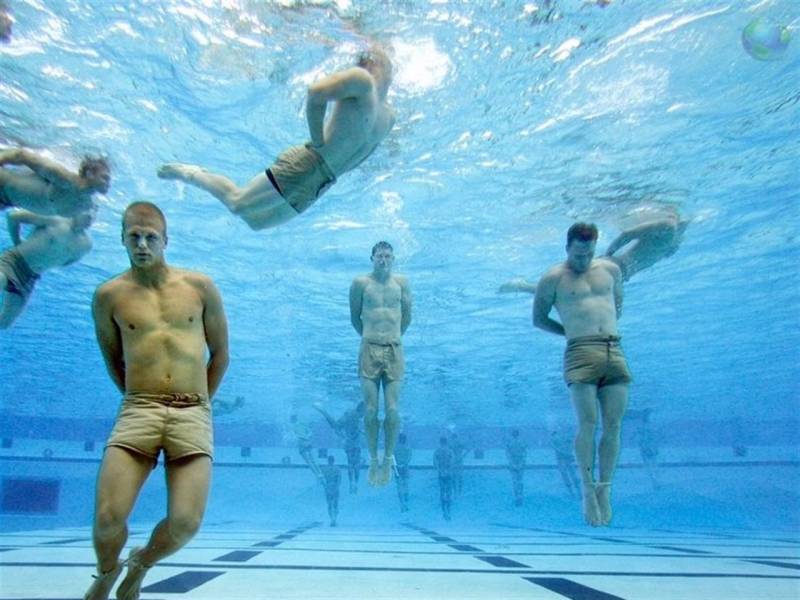 Fur seals are taught to swim with their hands and feet tied.

What is happening with the American special forces?

At present, the Special Operations Command, which manages all special forces units of all types of the US Armed Forces, consists of 72 thousands of people, including 6,7 thousands of civil servants. Although most of the US special forces behave appropriately, high-profile scandals and criminal cases attract huge attention from society and undermine the confidence of the people in elite special forces, which American generals consider a serious problem.

In addition to various crimes, American commandos faced another serious problem - the growth of suicides. In February 2019, CNN published material stating that over the year, the number of suicides among US special forces units tripled from 8 cases in 2017 to 22 cases in 2018. This may be evidence of an emerging psychological health crisis among special forces soldiers. These figures do not take into account suicide data among fighters who have already completed their military service. At the same time, only in Montana, up to 20 percent of all suicides occur in the retired military. Most often, these are citizens who are not financially needing anything with a good social package and a pension from the state.

At the same time, quite serious requirements are made to candidates for Navy SEALs in the USA. Only male males from the US Navy under the age of 28 can become fighters of this elite special forces unit. IQ selected for the service must be at least 104 points. According to statistics, only on the intelligence test sifted out to 30 percent of candidates of rank and file and sergeant and up to 20 percent of officers. In addition to high mental abilities, candidates for Navy Seals should not have any penalties for service during the year. They are also checked by a serious medical board. Serious requirements are also imposed on the physical preparation of candidates: to perform 50 squats in two minutes, to push out in the support lying 42 times in two minutes, to swim 450 meters in 12,5 minutes, to pull up on the bar at least 8 times and run 2400 meters in 11,5 minutes or faster. In conclusion, all candidates must pass psychological tests, one of the selection criteria, among other things, is the presence of a “positive mentality”. 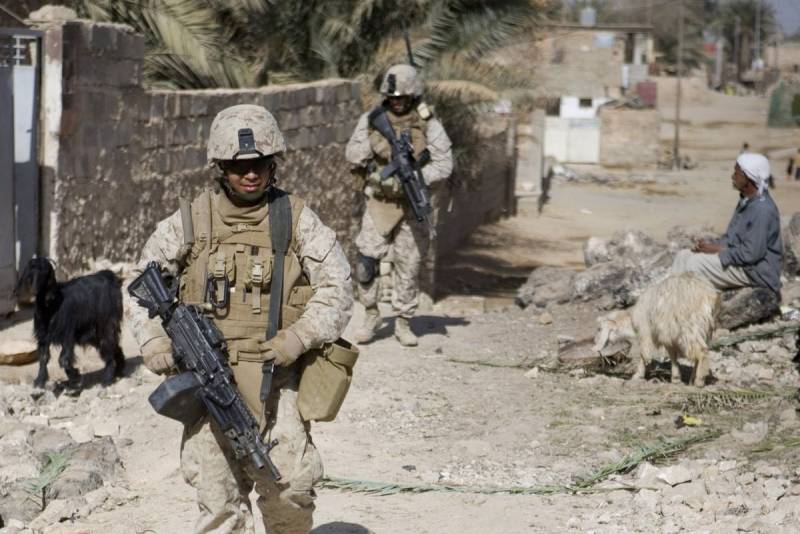 The selection of candidates is quite serious, random people simply can’t be in the special forces, where then is there such a large amount of negative news that directly relates to special forces soldiers? The reason for the increase in cases of drug use, the commission of various crimes and suicides, experts call a set of reasons, the main violin in which is played by the general overstrain of the soldiers.

Currently, US special operations forces are present in half of the 54 African states. Another area where American special forces are active is the Middle East. All these points on the world map can hardly be called calm places. The problem is that the American army is constantly waging war of varying degrees of intensity, today the American army is the most warring on the planet. Journalists counted 133 countries of the world in which the soldiers of the American special forces are involved, this is more than 70 percent of all states on the planet.

Some American generals believe that special forces have long been unable to maintain the intensity of operations that is observed today. Soldiers of special operations forces have been worn out by decades of ongoing wars, which ultimately leads to a drop in moral standards of behavior and an increase in the number of suicides. At the same time, experiencing a certain personnel shortage, the Pentagon is developing incentive programs for special forces soldiers and slightly lowering the selection bar, which ultimately leads to a decrease in the quality of personnel with all the ensuing problems.

Exhausting military operations, in which servicemen constantly face the death of not only enemies and their comrades, but also civilians, whom they, according to the generally accepted theory, are called upon to liberate and protect from unwanted regimes, play a huge role (especially in the suicides of commandos). American army is fighting aviation and artillery: no matter how high-precision such strikes are, they always lead to the deaths of civilians, no matter how the military tries to minimize such incidents. All this does not lead to the improvement of the mental health of servicemen who take pictures with the bodies of the killed, use alcohol and drugs, commit sexual crimes, and, returning home, cannot get rid of the accumulated stress, depression, which in some cases leads to tragic consequences for themselves. and their loved ones.