For all history The ISS cosmonautics is the most high-tech space project. This is a unique scientific laboratory located in near-Earth space orbit, which allows space experiments to be carried out in zero gravity. It moves around the earth at a speed of 8 kilometers per second. This is 100 times faster than the speed of a regular car. Its height is slightly more than 400 kilometers. The construction of the station began in 1998 and today it is the largest scientific and technical project of our time, created in orbit. It involves 14 countries. Russia is one of the main ones. It was our country that brought into near-Earth orbit the first element of the ISS - the 20-ton functional-cargo block Zarya, in the creation of which 240 Russian enterprises participated. At the assembly stage of the Zarya station, it connected the remaining elements of the ISS, ensured their power supply, and also controlled the station's motion and supported its orbit. 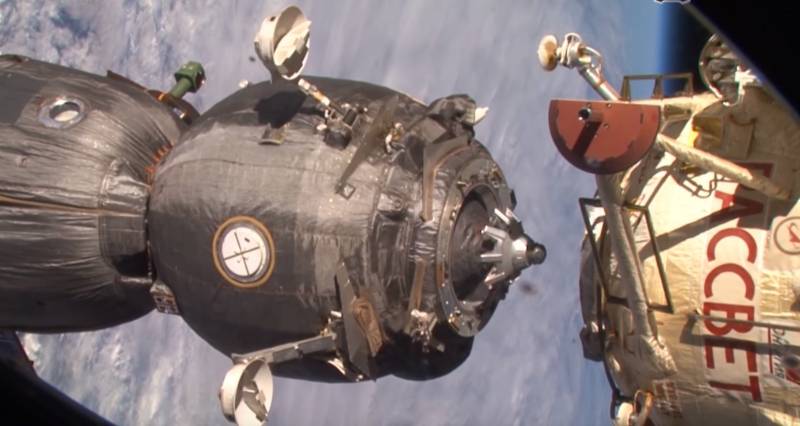 The ISS is still under construction and is being assembled sequentially on a modular basis. At the moment, the station consists of 16 core modules. Its weight is more than 400 tons, the maximum length is 109 meters, the width is more than 73's, and the internal volume exceeds 900 cubic meters. The ISS Russian segment today consists of five modules - two axial: the Zarya functional cargo block and the Zvezda service module, as well as three side modules: the Pirs docking compartment and two small Search modules, and "Dawn". Various cargoes are stored inside the Zarya module, and it is also equipped with life support systems, docking, power supply and control systems. An impressive part of the equipment, including jet engines for station orbit correction, fuel tanks and solar panels, are located on the outside of the module. Another Russian small research module “Dawn” is docked to “Dawn”, shortened MIM-1. The Pirs docking compartment serves as a docking port for the Russian SOYUZ manned spacecraft and the PROGRESS trucks, which basically supply the station with everything necessary. The latter delivers water, gas, food for the crew to the station, both for Russian and American, as well as equipment for scientific experiments and spare parts for the ISS onboard systems.

In order for the station to be able to maneuver, space trucks regularly deliver jet fuel to the ISS, which are available only in the Russian segment. The ISS orbit is constantly changing. Due to friction against a rarefied atmosphere, gradual braking and a decrease in height occur. All arriving ships help the propulsion system to raise the height of the station due to its engines. The orbit correction occurs for several purposes at once: to bring transport ships, including manned and cargo ones, to the dock, as well as to avoid fragments of space debris.

Russian manned ships of the UNION are not only a means of transporting crews, but are also used as orbital rescue ships. Four such ships fly to the station and back every year - the most reliable in the program. For the entire time the MSC has been operating, over 100 Russian spacecraft have moored to its board. In total, 230 people visited the station.

Guardians of the galaxy

The crew works as a team. There is no division into American and Russian. This tradition has developed since the time of the first crew of the ISS and remains to this day. This approach is very correct - if an emergency occurs, someone alone must make decisions and give commands. The central flight control post is based in the Russian segment, in the Zvezda service module. It houses life support systems, as well as an energy and information center. From Earth, flight control is continuously conducted from two centers: Russian and American.

Usually at the station no more than six people work simultaneously. On the ISS they live according to the coordinated time. The difference with Moscow: - 3 hours. The working day is strictly regulated: 9 hours of work, of which 2,5 hours are physical exercises. The crew communicates with the ground control center using video conferencing, they can call relatives and friends directly from the station, thanks to the Internet connection.

Onboard the ISS there are more than 800 units of scientific equipment. The crew is mainly engaged in biomedical and technical research, as well as conducting scientific programs. For example, in 6 months, astronauts in microgravity have time to conduct up to 50 experiments. The results of their research are actively used in medicine, biotechnology, ecology and many other fields.
In the coming years, Russia plans to launch three more modules for the ISS: the Nuclear Wharf, the science-energy and multi-purpose laboratory module Nauka. They will additionally provide the Russian segment and the station with electricity, oxygen and controls, as well as allow the crew to conduct even more scientific experiments. The ISS is expected to operate in orbit until 2024. Perhaps it is on the basis of the new modules that a national orbital station will be created.