Russia is expanding the geography of arms supplies

July 6 2012
44
Deliveries abroad of Russian military equipment and weapons steadily growing, and the geography of countries-consumers of Russian weapons is growing. The corresponding statement was made by Rosoboronexport CEO Anatoly Isaikin, speaking at the international forum "Technologies in mechanical engineering-2012", held in the Moscow region. Russia exports weapons to 57 countries of the world. At the same time, the list of buyers of Russian military-technical products was replenished with Germany, the Czech Republic, Mali, Singapore, Uruguay, Guatemala, Laos, Equatorial Guinea. At the same time, according to the head of Rosoboronexport, contracts were signed with some countries for the first time in the last 10-15 years. Rosoboronexport supplies in 2011 brought about 13 billion dollars, which is 3 billion dollars more than a year earlier. Russia experiences certain difficulties in the supply of military equipment and weapons only in the markets of the Middle East and North Africa, which is largely due to the unstable political situation in the regions.

Currently, Rosoboronexport is the only Russian exporter of military-technical products. The portfolio of all the company's contracts for the coming years is estimated at 40 billion dollars. According to the military expert Igor Korotchenko, who is the director of the Center for Analysis of the World Trade in Arms and the Chairman of the Public Council under the Ministry of Defense of the Russian Federation, the potential of Russian weapons is great. In addition to the potential of the weapon itself, the potential of the authorities responsible for its export is important. There is no reason to doubt that the federal service for military-technical cooperation and Rosoboronexport are teams of real professionals who are doing enough to promote Russian weapons in various regions of the world.

Today, Russia occupies a stable second place in the world in terms of arms sales. Obviously, in 2012, the figure in 13 billion dollars will be at least confirmed, and possibly exceeded. According to the Center for Analysis of the World Arms Trade, over the next 5-6 years, Russia's share in the global arms market may increase, and annual exports will reach 16-17 billion dollars.

The key buyers for Russia, in addition to India, today are the countries of Latin America, Southeast Asia, the Middle East. At the same time, the loss of the Libyan market will not fatally affect the prospects for Russian exports. Sufficiently high expectations are attributed to the fact that Russia will withdraw from the unilateral weapons sanctions against Iran, which resulted in restricting the supply of air defense complexes to this country. Taking into account the changing geopolitical situation, it is obvious that Russia will be in confrontation with the United States on issues relating to the deployment of a missile defense system in Europe. 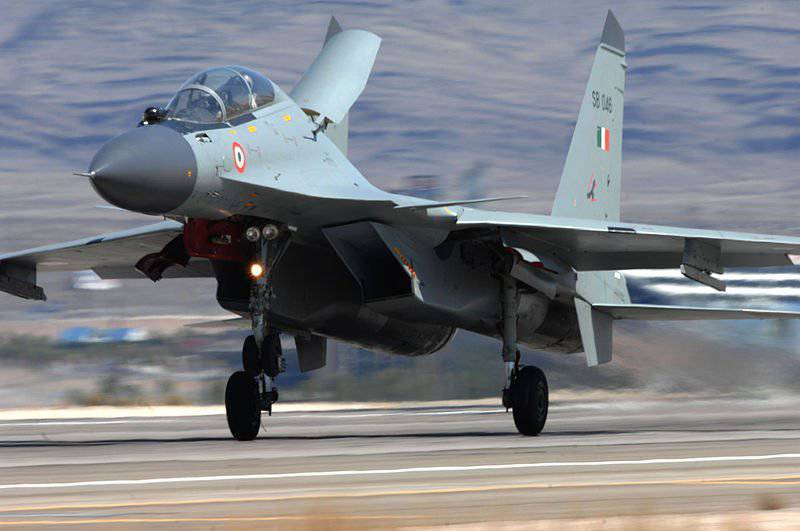 Air Force Su-30 Indian Air Force
Against this background, unilateral steps to restrict the export of defense weapons systems to Iran can be canceled, taking into account the arrival of Vladimir Putin in the Kremlin and the new realities of Russian foreign policy. Today, deliveries to Iran of the C-300 air defense system look absolutely logical, normal and natural step, due to the fact that Russia needs to strengthen the defense potential of those countries that are geopolitical allies for it.

Temporary difficulties with arms supplies to the Middle East are related to 2 circumstances. Firstly, with reformatting and changing a number of regimes that acquired Russian weapons, or looked at them. Secondly, “the Arab spring, was the reason that the governments of several countries in the region decided to limit the purchase of weapons and transferred free money to implement social programs in order to reassure the masses. The principle of “guns instead of butter” was here mirrored to “butter instead of guns”. According to Igor Korotchenko, this process is objective, and the fact that Russia does not get in this market, it will take on the market of Southeast Asia and Latin America.

So relatively recently, Rosoboronexport OJSC agreed on the sale of AK-103 Kalashnikov assault rifles to Bahrain. This is the first deal with the country of the region, which includes not only the supply of machine guns, but also ammunition and grenade launchers. The representative of the government of Bahrain Abdul-Aziz bin Mubarak Al Kaif noted that the cooperation of the two countries will allow Moscow to strengthen its position in the market of the Gulf countries. The general director of Rosoboronexport, Anatoly Isaikin, confirmed the fact of the deal with Bahrain, and also said that this country is showing interest in Russian aviation equipment, air defense systems and weapons for the ground forces. 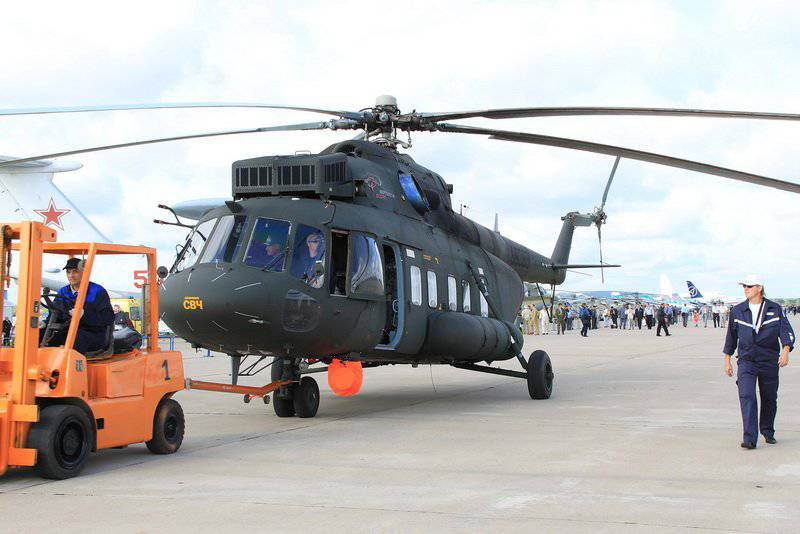 Mi-17 transport helicopter
The Center for Analysis of Strategies and Technologies (CAST) believes that, according to 2012, Russian arms exports will exceed 14 billion dollars. Given the total order book in 41,5 billion dollars, this export volume will be able to steadily hold for at least 3's years. According to the center, in the 2012 year, Russia will deliver about 50 fighters of the Su-30 family abroad. These aircraft will be transferred to India (around 30 vehicle sets for assembling Su-30MKI), Algeria (8 Su-30MKI (A)), Vietnam (8 Su-30MX2), Indonesia and Uganda by 2 Su-30MK2. In addition, 15-20 Indian Su-30MKI will be upgraded under a contract signed in 2010 year.

In addition, 10 carrier-based fighters MiG-29K will also be delivered to India, also under the 2010 contract of the year, and about ten Indian MiG-29 will be upgraded to the level of MiG-29UPG. Myanmar should also receive 14 MiG-29B / EP / UB aircraft. According to TsAST, the 2012 of the MiG-24М29 fighters were scheduled for delivery to Syria on 2, but these plans are unlikely to be realized, although the first MiG-29М2, intended for the Syrian Air Force, in December 2011 began flight testing.

According to CAST estimates, in 2012 the largest deliveries of helicopter equipment will be to Azerbaijan (about 20 Mi-17 family helicopters, as well as at least 12 Mi-35M combat helicopters), India (about 20 Mi-17-B5) and Afghanistan, which can get 12 Mi-17-B5. Air defense systems will be delivered to Algeria, the United Arab Emirates (Shell C1E), Syria (Buk-M2E), and Belarus, which will receive another Tor-M2E air defense missile system. Land equipment will mainly be delivered to Venezuela, on account of previously concluded supply contracts tanks T-72, BMP-3 infantry fighting vehicles and BTR-80A armored personnel carriers.

Guided artillery shell "Krasnopol-M"
The most significant events of 2012 will be the delivery of naval equipment by Russia, all of which will be related to India. This year, India will be able to receive the aircraft carrier Vikramaditya (formerly Admiral Gorshkov), its transfer is scheduled for December 2012 of the year. Also, India was leased for 10 years by the submarine of the 971 and Nerpa project. In addition, the country will receive the 2M frigate of the 11356M project (the first 2 of 3-s under the contract signed in 2006), as well as another (now the seventh) upgraded diesel-electric submarine of the 877ECM “Paltus” project.

If we talk about India, today it is the largest importer of Russian weapons, but competition is gradually increasing on the Indian market. In particular, the United States, Great Britain, France and Israel are actively involved in it. The arms market for India is becoming increasingly competitive, therefore, while maintaining leadership in terms of supply, Russia is starting to lose ground in individual segments, losing tenders. All this underscores that the situation on the world arms market is developing quite dynamically and Russia must respond as flexibly as possible to these changes.