Why maneuverability is not the main thing for a fighter. WWII


To get closer to understanding the role of maneuverability for a modern fighter aircraft, I’d like to dig deep into stories and extract artifacts from the time of the battle aviation. Moreover, sometimes it feels like some modern fighters are constructing with an eye to experience ... of the First World War. 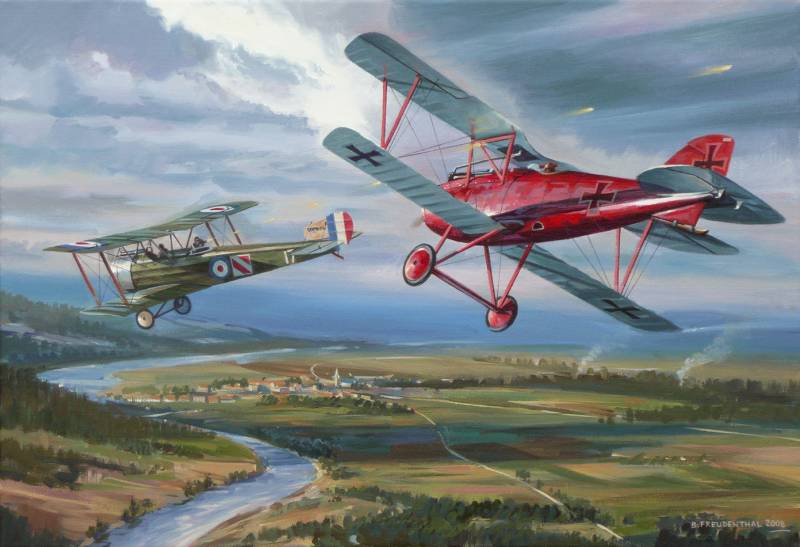 It was then that the classic “dog fight” or, if you like, dogfighting appeared - when relatively slow and poorly armed aircraft were forced to perform sharp maneuvers all the time in order to bring down someone and at the same time survive.

Evolution in those years did not stand still. If at the beginning of the war the best aircraft was the extremely archaic (in the opinion of the modern man) Fokker EI, then Albatros D.III appeared in 1917, which even now looks like a formidable fighting vehicle. But even such a technically advanced aircraft as the British Sopwith Snipe fighter did not make a real revolution.

It was committed by the next world war: although, in fairness, let's say, the first rudiments of the further evolution of air combat could be seen earlier, say, during the Spanish Civil War, when Soviet pilots on the I-16 began to lose to the Germans in the early Bf.109.

What can be said on the basis of the Second World War, in addition to the fact that equipment and weapons can evolve at an insane speed? The main conclusion on air combat tactics can be formulated as follows: maneuverability faded into the background, and the classic "dog fights" became the lot of desperate daredevils, and more often - inexperienced young pilots. Speed ​​came first.

Speed ​​is growing, maneuverability is falling: this is the main trend of fighter aircraft of the Second World War. Some Soviet and Japanese aircraft during the war possessed outstanding maneuverability, but this did not become an important trump card. The turnaround time for an I-16 type 29 aircraft at an altitude of 1000 meters was more than one and a half times less in the optimal left direction than that of the Bf.109E-3 (though it was a lightweight Donkey configuration, without wing armament). However, this did not become a plus due to the fact that the I-16 lost a lot of Bf.109E and Bf.109F in speed. The latter could develop at high altitude 600 kilometers per hour, while the "maximum speed" of the I-16 barely reached 450-ty. 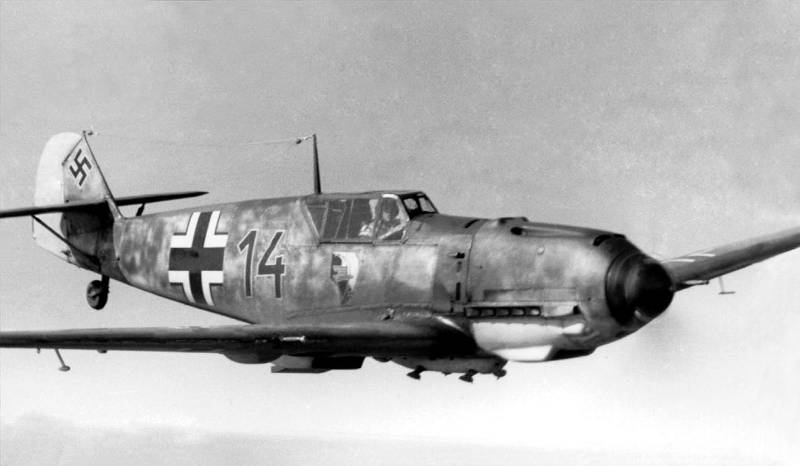 Someone would consider such an example not too correct due to the technological gap between the machines (and this is not only about speed). However, it is worth recalling that German pilots could achieve superiority over the enemy, even if the difference in speed was not too large and amounted to 10-15 kilometers per hour. In this sense, examples of Bf.109G battles with the early “Yaks” and La-5 (but not La-5FN!), Which very often became victims of the Messers, are typical. Despite the fact that the same Yak-1B or Yak-9 had less time to complete a horizontal turn than Bf.109G, talking about some kind of superiority of these machines was incorrect.

I would also like to recall the well-known and very accurate phrase of the most productive German ace Erich Hartmann, on whose account officially 352 air victories:
“If you see an enemy plane, you do not have to immediately rush at it and attack. Wait and use all your benefits. Evaluate what order and tactics the enemy is using. Evaluate if the adversary has a lost or inexperienced pilot. Such a pilot is always visible in the air. Shoot it down. It’s much more useful to set fire to only one thing than to get involved in an 20 minute carousel without achieving anything. ”

In a word, the German ace, like many others, did not want to get involved in risky protracted fights on bends. And that allowed him to survive.

A similar picture could be seen in the Pacific Ocean, where the Japanese Zero, having better maneuverability than the American Grumman F6F Hellcat and Chance Vought F4U Corsair, completely lost the high-speed war. Leaning against the ceiling of your development back in 1942. And even if we look at such an aircraft, without exaggeration, an outstanding one for its time, like the Japanese Nakajima Ki-84 Hayate, we will see that despite its maneuverable qualities, it was not at all created for a “dogfight”. And the “Hay” variant, armed with two 30-mm cannons, was intended at all for the destruction of American “fortresses”, however, this is a slightly different topic. The interception of heavy bombers requires special qualities: both from the pilot and from his car. 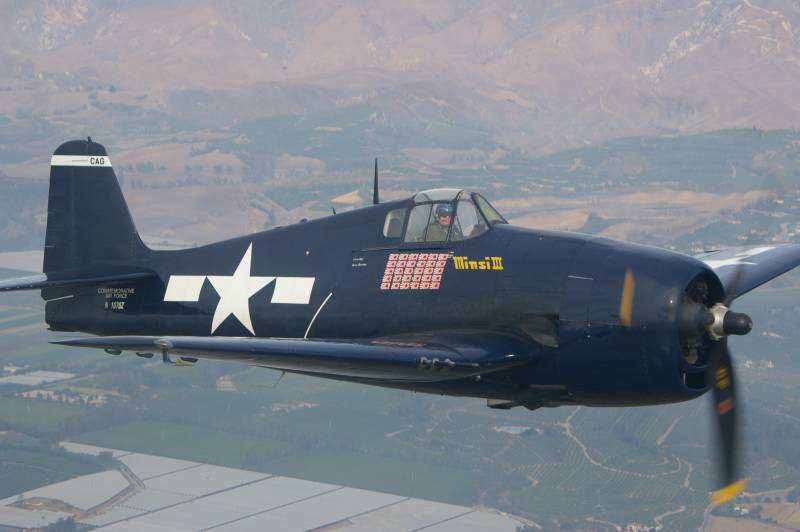 In general, the most powerful piston warplanes, such as the German FW-190D, can be called "straightforward aircraft." They were too clumsy in comparison with earlier cars, even with the FW-190A, which were also not famous for outstanding maneuverability: at least at heights of up to 4000 meters.

“The turn time at a height of 1000 m is 22-23 seconds,” the report says in the Act on the results of testing the FW-190D aircraft, approved on June 4 of June 1945 of the year. “In a horizontal maneuver, when meeting at 0,9 speeds from the maximum, La-7 comes into the tail of the PV-190D-9 behind the 2-2,5 turn,” follows from the document. With all this, the “Dora” experts almost unanimously classify among the most successful medium-height war fighters. Pilots loved the plane for its high speed, good firepower and good rate of climb. 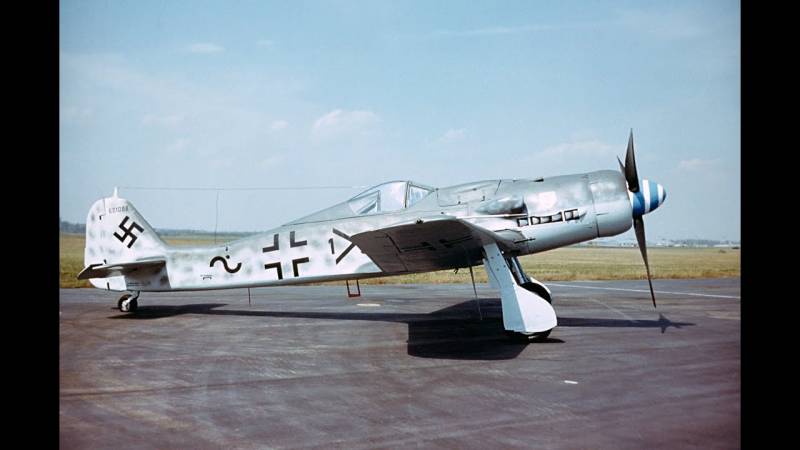 To summarize. Maneuverability for a World War II fighter was quite an important indicator, but secondary against the background of speed, climb and firepower. The development of propeller aviation resulted in the birth of such machines as the FW-190D, Hawker Tempest and Ki-84, which, for all their merits, were not among the most maneuverable fighters of the war.

The Soviet La-7 and Yak-3, which had truly outstanding horizontal and vertical maneuverability, can be attributed to this category. However, such indicators were achieved due to strict weight and size restrictions that preclude the deployment of any powerful weapons and prevent aircraft from carrying a large supply of fuel, bombs or missiles. The most successful from a conceptual point of view, the Soviet fighter La-7 had armament consisting of two 20-mm ShVAK guns, while the installation of four 20-mm guns became the conditional "norm" by the end of the war. That is, twice as powerful weapons. The USA became an exception, traditionally relying on heavy machine guns, which was quite enough against poorly protected Japanese fighters. Or "gape" FW-190 and Bf.109 on the Western theater. 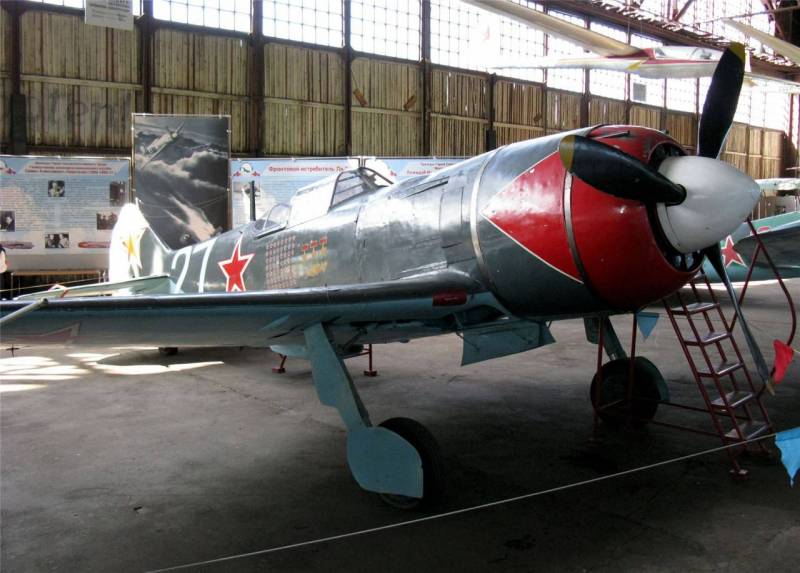 In theory, the Soviet Union could get a modern “heavy” fighter in the person of the I-185, but long before the end of the war, the country's leadership preferred Yakovlev's planes. Whether it is right or wrong, another question. It deserves a separate review.

If you try to summarize the main result, it is worth noting that the two most important qualities for a WWII fighter plane in descending order were:

With the incomparably higher value of the first two points, not counting, of course, heavy twin-engine propeller aircraft, which rarely could ever fight on equal terms with single-engine counterparts.