One in a hundred. American nuclear weapons are negligible compared to Russian

August 14 2019
82
On August 8, the American online publication We Are The Mighty published an interesting article authored by Alex Hollings. Behind the high-profile heading "America's nukes are absolutely tiny compared to Russian" weapon insignificant in comparison with the Russian ") followed by reasoning on the differences between the strategic weapons of the two countries. Oddly enough, Russia was recognized as the winner in such a comparison. 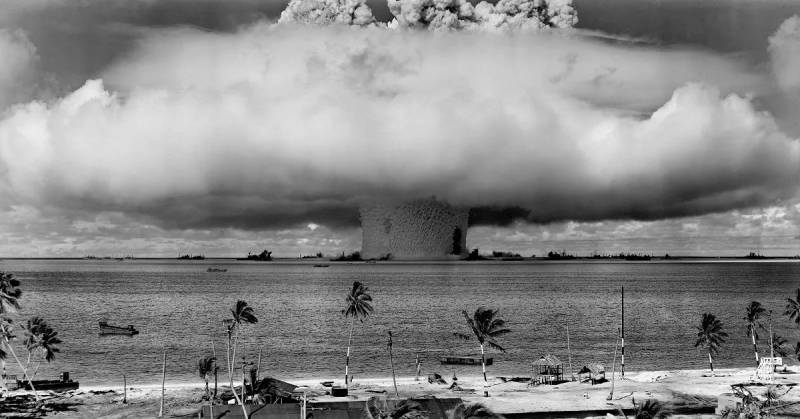 The article begins with a curious observation. The author notes that the attitude towards nuclear weapons in the United States is similar to the views on a space race or the Cold War. This area is considered a relic of a bygone era in which the United States defeated. However, the space race and the arms race are resuming; Russia and China present new models of nuclear weapons.

The United States remains the second largest nuclear weapon and second only to Russia. Russia, in turn, as in the past, is putting its forces into deterrence "by providing Armageddon." After the end of the Cold War, the American side overestimated its victory, which to date has led to the appearance of a serious difference between the arsenals of the United States and other countries.

The author recalls the urgent project of a promising intercontinental ballistic missile for the US strategic nuclear forces. However, as long as this product does not stand on guard, the Minuteman III land-based ICBMs and Trident II submarine missiles will remain in service. Their warheads have the power of 475 and 100 ct, respectively.

The 475-kiloton warhead allows the Minuteman to inflict terrible damage, but this missile is already out of date. A. Hollings believes that such ICBMs have insufficient capabilities to overcome missile defense, and also show insufficient power.

For comparison, WATM recalls the Chinese DF-31 ICBM carrying a combat unit with the power of 1 MT (or 1000 ct - for greater convenience of comparison). This means that the latest Chinese missile is twice as destructive as the main US Air Force ICBM. However, the Chinese achievements do not look very impressive against the backdrop of Russian capabilities.

The author claims that the newest Russian ICBM RS-28 Sarmat (or Satan II) can carry an 50 MT combat unit - 50 000 ct against the 475 ct of the Minuteman III. Thus, a comparison of two missiles in terms of warhead power simply does not make sense behind the obvious superiority of the Russian one.

Chinese and Russian missiles can carry a single-unit warhead or shared with individual guidance units. In this case, the power of warheads is markedly reduced, but it becomes possible to destroy several targets on a large area.

A. Hollings also remembered another Russian “doomsday weapon” - the Poseidon underwater vehicle. This product is capable of carrying a thermonuclear warhead with an output of 100 Mt. Thus, even “Satan-2” is not the “biggest child” of Russian nuclear technology. 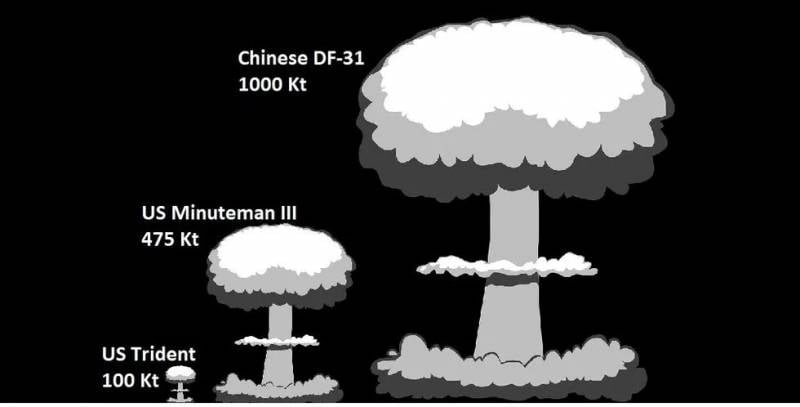 Comparison of mushroom clouds from the explosion of warhead missiles Trident II, Minuteman III and DF-31

The author recalls that the nominal power of the warhead is not the only measure of the state’s nuclear potential. However, when it comes to full-blown conflict, these parameters must also be taken into account. In the end, as A. Hollings rightly points out, if the payload of one Russian missile is as powerful as the 105 charges of the United States, concern should be shown.

The WATM publication looks interesting, and the attached illustrations with mushroom clouds from undermining the warheads under consideration are also curious. Nevertheless, an article on the insignificance of American nuclear weapons leaves certain questions.

First of all, it should be noted that A. Hollings' theses are to some extent similar to praise, and the title of the article directly speaks of the superiority of Russian missiles and their payload. This is at least nice.

The WATM author calls the cause of concern the power of the combat unit of the RS-28 missile, which supposedly reaches 50 Mt. However, it should be noted that such a charge power is theoretically the maximum possible in the existing restrictions on dimensions and mass. It is unlikely that such theoretical possibilities should be considered as a real and fait accompli.

According to available data, the Sarmat / Satan II will be able to carry several payload options with different warheads. It is expected that at least 10-12 individual guidance warheads can be used. Thrown weight - 10 tons. In addition, the PC-28 in the future will become the carrier of the Avangard hypersonic planning warhead. In some situations, such a product can be a much more dangerous weapon than traditional warheads with a capacity of megatons.

However, such features of a promising Russian project are ignored in favor of theoretical calculations. However, the possibility of carrying a separable warhead with its advantages and disadvantages is mentioned. For what reason Russian missiles are evaluated so one-sidedly - it is unclear.

A similar situation is with the study of topical US missiles. They are considered only from the point of view of the power of an individual warhead, not paying attention to the presence of RGMs and their characteristic features. With all this, the real warheads for the Minuteman and Trident II missiles are compared with a theoretically possible product, but not with real weapons models. This approach obviously reduces the combat capabilities of American ICBMs and strategic nuclear forces in general. The reasons for this are also unknown.

It is no secret that publications in the American media are often used to promote certain points of view on various issues, including in the military-technical or military-political sphere. Looking at the WATM article in this light, several versions can be suggested to explain its content. 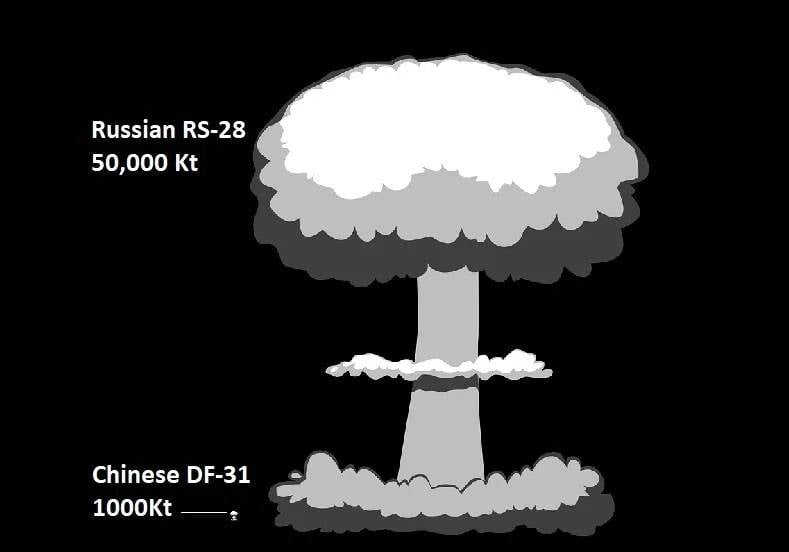 The first version addresses the material issues of the US strategic nuclear forces. Over the past few years, statements have regularly been made about the need to modernize nuclear forces and create new types of weapons and equipment of all classes. A program for the modernization of strategic nuclear forces is proposed, designed for a long period and requiring appropriate funding. Based on its results, the US Army will receive new nuclear weapons, delivery vehicles and troop control systems.

However, such a program is criticized for its high estimated cost. The attempts of the Pentagon and the Ministry of Energy to “knock out” the necessary finances are faced with opposition from various circles. However, a lack of budget does not remove urgent issues.

In such an environment, frightening media publications can be useful that portray lagging behind potential opponents in the area of ​​strategic nuclear forces. In fact, there is a struggle for new programs, finances and even national security. Probably, such goals fully justify incorrect comparisons of ICBMs and warheads.

The second explanation is political. WATM claims that in recent years, Russia and China have secured superiority over the United States in the field of nuclear weapons. Such progress can be declared a consequence of the aggressive plans of Moscow and Beijing, and also make it a formal occasion for appropriate measures in their regard.

As practice shows, the reason for imposing sanctions can be not only the real actions of third countries, but also suspicions of them. Thus, the theoretically possible 50 megaton warhead for Sarmat, with the right approach, can also become the reason for new unfriendly actions against the "aggressors".

However, another explanation is possible that has no connection with finance, technology or politics. A loud headline and a specific article under it can scare, terrify and stun a reader who does not have special knowledge in the field of nuclear weapons, as well as attract an audience to the publication’s website. In other words, Russian industry is capable of making a rocket with an 50-megaton warhead, and the American publication is already advertising on it.

Which of the three versions corresponds to reality is a big question. All of them explain the situation and have the right to life. Perhaps further publications from WATM or actions in the political arena will become evidence for a particular version. In the meantime, we can dwell on the fact that the profile foreign publication praised Russian strategic weapons.