August 13 2019
56
The first serial frigate of project 22350 Admiral fleet Kasatonov "will go to state tests in September this year and will be included in the Russian fleet before the end of the year. This was reported by the press service of the Russian Defense Ministry. 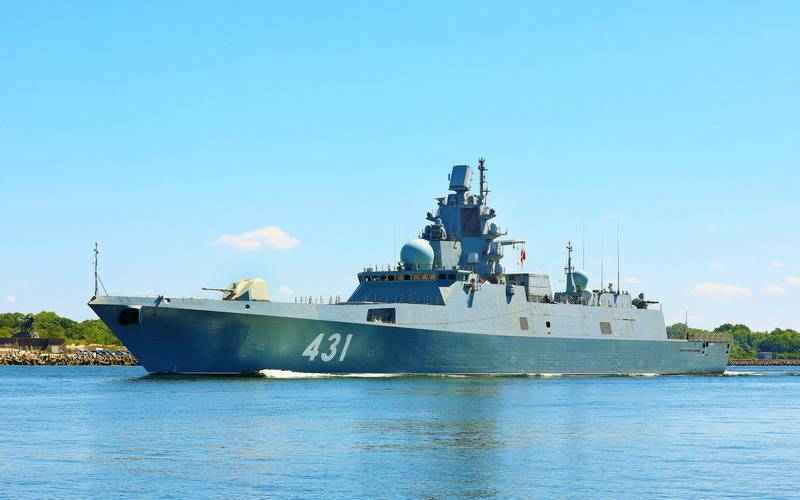 The military department said that at present the frigate is completing the stage of factory sea trials and within a week it will go to the ranges of the Baltic Sea, where a number of ship systems with which the ship is equipped will be checked. In September, the ship will begin the phase of state testing.

Within a week, the newest frigate of the 22350 project “Admiral of the Fleet of Kasatonov” will be released to work out the final stage of factory sea trials in designated ranges of the Baltic Sea. In September, the frigate will begin state tests
- it is spoken in the message of the Ministry of Defense.

The frigate “Admiral Kasatonov” is the second ship of the 22350 project and the first serial ship after the lead frigate “Admiral Gorshkov”. The displacement of 5 is thousands of tons with a length of 135 m and a width of 16 m. The frigate is able to go 4500 miles, thus developing speed to 29 nodes. The autonomy of swimming is 30 days. Crew - from 170 people.

We are in Yandex Zen
The frigate "Admiral Kasatonov" continues the next stage of sea trials
The second stage of the test of the frigate "Admiral Gorshkov" will be held at the marine testing grounds of the Northern Fleet
56 comments
Information
Dear reader, to leave comments on the publication, you must to register.