August 13 2019
48
The second copy of the promising military transport aircraft Il-112В, assembled at the end of May this year at the Zhukovsky Central Aerohydrodynamic Institute, is fully ready for the tests, which will be held at a special stand. 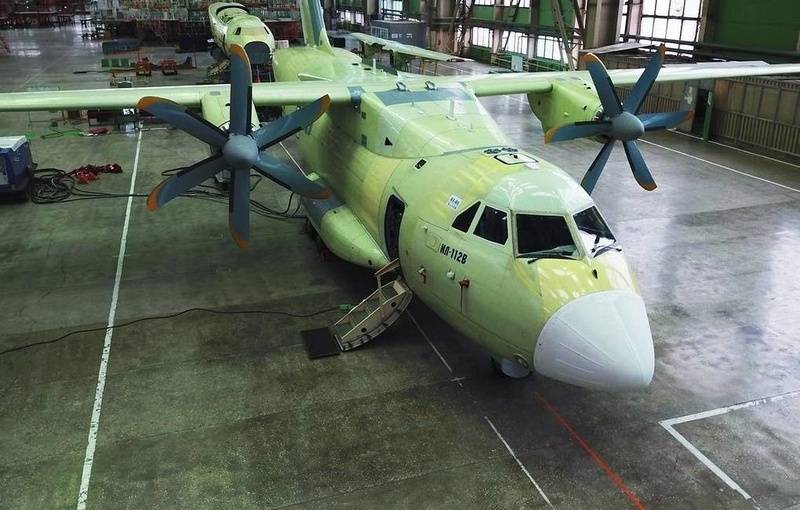 As stated in TsAGI, the second Il-112V assembled in Zhukovsky will undergo a series of life tests aimed at verifying the compliance of real design parameters with the calculated ones. The aircraft will be used for static and dynamic tests and may remain at TsAGI for several years. According to the plans of the testers, he should not participate in the flight test program and can only be involved there if the construction of the third and fourth copies of the aircraft is refused.

Currently, the aircraft is checking and debugging the landing gear landing system, glider mechanization and airborne systems. After their completion, it is planned to conduct rigorous tests of the transporter, during which the aircraft will receive damage possible in production and operation. The next stage will be the dynamic and static loads corresponding to different flight modes, they will be carried out on a special stand.

Earlier it was reported that the resource tests of the aircraft will begin in July-August this year.

Recall that the second Il-112B aircraft was delivered at the end of December 2018 from Voronezh to Zhukovsky in a disassembled state in three stages. On the first - "stabilizer, flap, aileron, as well as dozens of containers with smaller parts" were delivered, on the second - sections of the wing of the aircraft, on the third - the fuselage. Transportation was carried out on road trains at night, accompanied by traffic police.

Work on the creation of IL-112V conducted with 2014 year. The Il-112B light military transporter is intended for the transport of personnel, weapons, equipment and other goods weighing up to 5 tons. In the future, the car will replace outdated An-26 and An-24 aircraft.