USA vs Huawei. Trade war with China will turn into a technology war

August 14 2019
54
Today, the whole world is watching the US-China trade war. But the confrontation with the help of duties will end sooner or later, but with the technological rivalry of the two great powers of our time, things are not so simple. 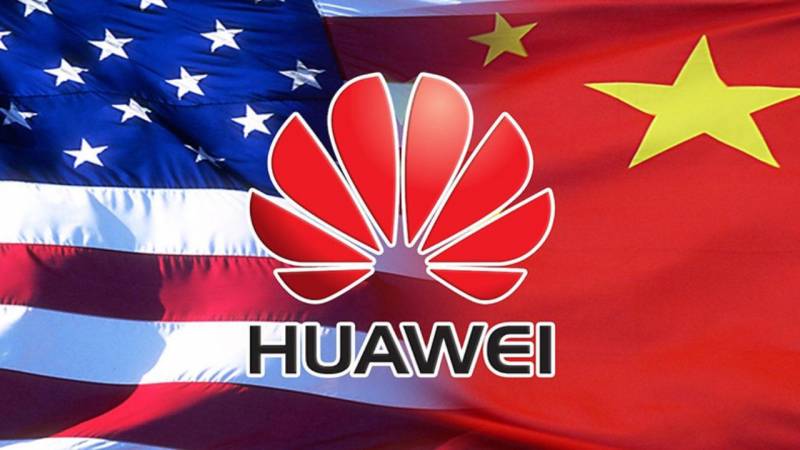 The aggravation of economic relations between the United States and China, dubbed the Trade War, was made possible thanks to the tough stance of President Donald Trump. For him, the economic confrontation with China has acquired fundamental importance.

Even before being elected head of state, Trump repeatedly criticized the current relationship with China. Acting as the defender of the American manufacturer, Trump showed concern about the growing export of Chinese goods to the United States. According to the presidential candidate, and then the president, this alignment threatened the national producer, contributed to a further crisis in American industry, increased unemployment, and undermining US positions in international markets.

In 2018, Trump went from words to deeds and imposed trade duties on a range of goods shipped from China. By the beginning of July 2018, trade duties were imposed on goods with a total value of more than 60 billion dollars. Wei Jiangguo, the former Minister of Commerce of the PRC, then described what was happening as the beginning of a trade war between the United States and China, and, according to the expert, it was the States that initiated the trade war.

As a result of the trade war, the supply chains of goods that have been formed over decades have been disrupted, which dealt a severe blow to the American companies themselves, which can continue to reduce investment in developing their business in the United States itself. That is, Trump received just what he urged to fight - a decline in the development of production in the United States and an increase in the number of unemployed.

Prospects for the end of the trade war, many economists associate with the change of president in the United States. That is, you have to wait until the presidential election in 2020 year. And if Trump leaves the post of the owner of the White House, then his successor may begin to curtail the trade war, canceling the decisions of his predecessor.

At the same time, the end of the trade war does not mean that the technological confrontation between the United States and China will come to naught. Now China has become America’s most important competitor, not only economically, but also scientifically and technically. Therefore, the mechanisms of the trade war formed by Trump can be used to further maintain the state that they characterize as the new Cold War, only in the field of technology.

BNP Paribas economist Chi Lo believes that disagreements between the US and China in the technology sector will only intensify. A clear evidence of the intensification of these differences is the conflict around the activities of the Chinese company Huawei. US authorities motivate their actions against the company for reasons of national security of the American state.

Technology is one of the most important areas of the global economy, the competition in which will only increase over time. And Huawei, a consumer electronics and telecommunications equipment company, is active in 5G, especially in developing countries. Improving the speed of the Internet and the quality of video content is becoming one of those points at which the confrontation between American and Chinese companies promises to be the toughest.

The obstacles that the United States is trying to create for Huawei today indicate that Washington can no longer fight with a promising Chinese company with purely economic leverage. Its products are not much inferior in quality to the American ones, but they have a much cheaper cost, which allows them to increase their presence in the markets in Africa. Asia, Latin America and Eastern Europe. Washington has no choice but to use primitive administrative levers like the detention in Canada of Men Wanzhou, the financial director of Huawei and the daughter of its founder. 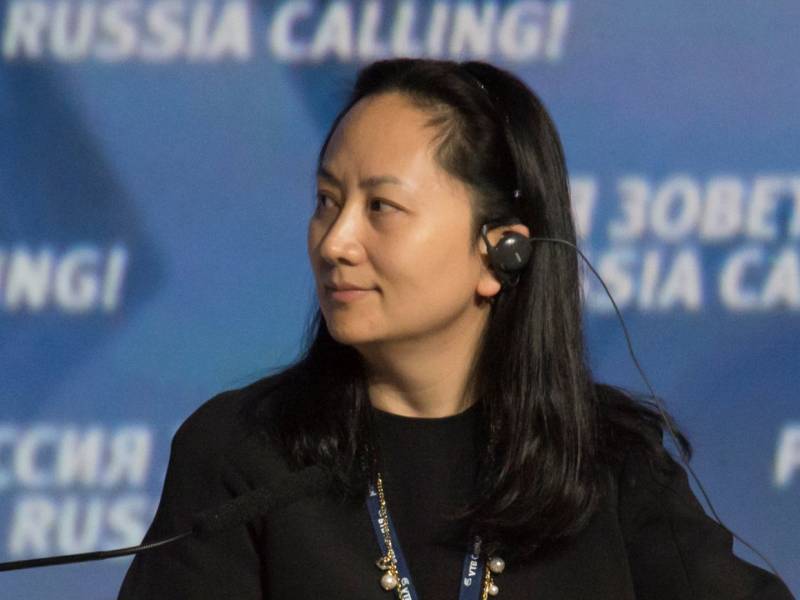 It is clear that the arrest of the 47-year-old top manager of a Chinese company was inspired by the US authorities, and Canada only carried out the will of its "senior" ally. In the summer of 2018, the United States introduced a ban on the purchase of telecommunications equipment of Chinese companies ZTE and Huawei, explaining this by the fact that this equipment can be used by special services of the PRC. Since Canada, together with the United States, Britain, Australia and New Zealand is included in the so-called Five Eyes Alliance, Canadian intelligence agencies also worried about the use of Chinese equipment.

Firstly, Huawei has noticeably squeezed its American competitors in the gadget market. Chinese smartphones are gaining more and more consumer sympathy in various countries of the world, which is explained by the ratio of price and quality.

Secondly, Washington is very worried about the introduction of Huawei 5G. For the first time, China intends to introduce its own technology at the international level, rather than recycled American projects. Naturally, China is becoming the main beneficiary of the introduction of the 5G standard, which will inevitably push 4G into the background.

But Washington cannot directly admit that China has developed more advanced technology and that now the American state, by banning it, acts as a brake on technological progress. Therefore, the US authorities justify their attacks on Huawei and ZTE by the fact that Chinese equipment supposedly allows the intelligence services of the Celestial Empire to track and receive important information.

Gordon Sondland, a spokesman for the U.S. Department of State for the European Union, cautioned against acquiring Chinese technology and a European country, stressing that European allies of the United States need to think carefully before acquiring equipment manufactured by Chinese companies Huawei and ZTE.

Despite the tremendous success of the Chinese high-tech industry, it is still dependent on foreign, including American, technologies. And this addiction is the main “Achilles heel" of Chinese business. Therefore, the United States is able to inflict a powerful blow on Chinese companies, primarily on the same Huawei, to which the American leadership is particularly unkind.

After Huawei was included in the so-called The "black list" compiled by the US authorities, American companies require special permission for further cooperation with the Chinese company. Google’s US tech giant, until recently one of Huawei’s key partners, has decided not to receive this permission. And the Chinese faced a very sad prospect.

The fact is that if Google ceases to cooperate with Huawei, then Chinese smartphones will not be able to use the Android operating system. But it is precisely on it that Chinese gadgets work outside the PRC. And owners of Huawei smartphones will not be able to use Chrome, YouTube, the Play Market app store. For so many consumers, this will be such a serious blow that they will prefer to abandon Chinese smartphones and switch to the technology of other brands. 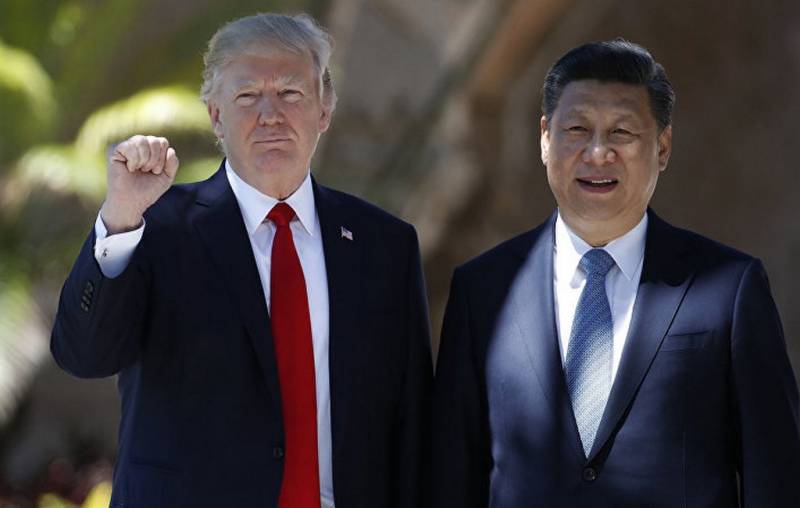 A similar prospect worried the Chinese authorities, and at the G20 summit, Xi Jinping hastened to agree with Donald Trump on some relief in the trade war, including the lifting of the ban on cooperation between US companies and Huawei. But then the situation worsened again - a new round of trade war began. From August 13 to 2019 in the United States, a ban on government agencies from using any equipment manufactured by Chinese ZTE and Huawei companies came into force.

However, in the modern world, everything is so interconnected that bans will hit not only Huawei. The consequences of the trade war unleashed by the Donald Trump administration can be completely felt by the American inhabitants themselves. For example, now in rural areas of the USA, almost all residents use Chinese equipment for digital connection. And after the ban is introduced, the comfort of the Americans themselves who live outside the city will be in jeopardy.

The blow to the American economy is also very large - annually, Huawei purchased services and equipment from its American partners in the amount of more than 11 billion dollars. A large American business, as well as small firms and firms, collaborated with a Chinese company. For many of them, partnership with the Chinese was the basis of their own financial well-being. Now it is in jeopardy.

Joy Tan, senior vice president of communications at Huawei Technologies USA, said that the termination of cooperation between US companies and Huawei increases the risk of increasing unemployment. Approximately 50 of thousands of people - employees, managers, entrepreneurs - may lose their jobs as a result of the introduction of new bans. But not only they, but also members of their families will actually suffer, demand will decrease, since the unemployed will have to look for new types of employment, and for now they will reduce their consumption.

In the end, Huawei will get out of the conflict with the United States, and more likely to gain than lose. After all, now the main market of the company is Asia and Europe, and not the United States. There will be buyers from the Chinese. This is evidenced by at least the numbers - the supply of Huawei smartphones for the first half of the 2016 year increased to 118 million units. Is this a success indicator for a Chinese company? 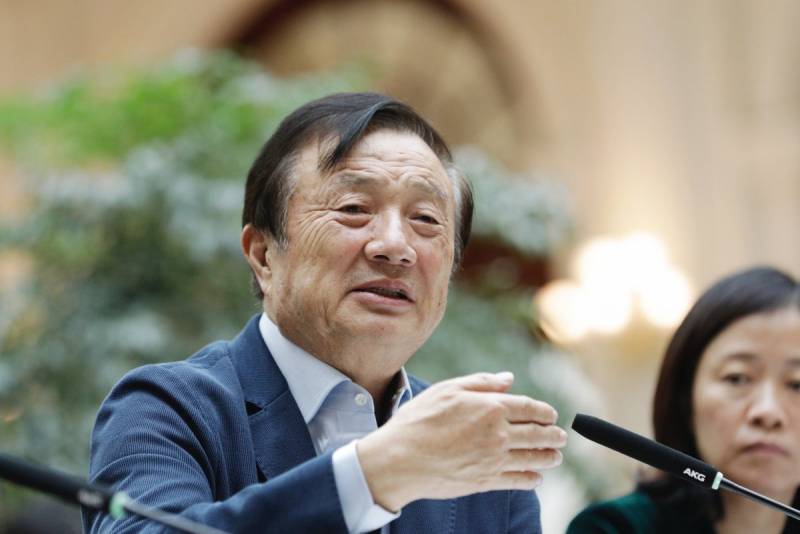 Against the backdrop of growing confrontation, Huawei founder Ren Zhengfei appealed to his company’s employees to create an “iron army” to help cope with US sanctions.

The world media immediately rushed to recall that in his youth, Ren Zhengfei made a military career in the civil engineering forces of the People's Liberation Army of China, where he rose to a position similar to the deputy regiment commander. And there, allegedly, Ren became addicted to warlike rhetoric.

In any case, Ren showed that the company was ready for temporary defeats, to which he attributed the 30 billionth damage caused by US sanctions. And now Huawei will be reorganized, including through the reduction of American branches, which will affect jobs again for the Americans themselves.

The US does not have advanced 5G technology. Because of this, they can lag far behind in the artificial intelligence industry,
- Sure 74-year-old founder of a Chinese company. And, apparently, he is not so exaggerating the possibilities of his brainchild, especially if you pay attention to the commotion caused by the expansion of 5G technologies in the USA.