August 13 2019
32
The US military revealed their spending on weapons. According to published information, the costs of the Pentagon for the implementation of 87 major programs for the purchase of weapons and military equipment exceeded two trillion dollars. Such information is presented in the annual report of the US defense department and is based on arms purchases up to December 2018, inclusive. Published reports indicate that the cost of acquiring weapons and military equipment increased by $ 101 billion compared with December 2017. The increase in the cost of acquiring weapons is associated with an increase in missile and aviation programs, as well as the development of fleet. 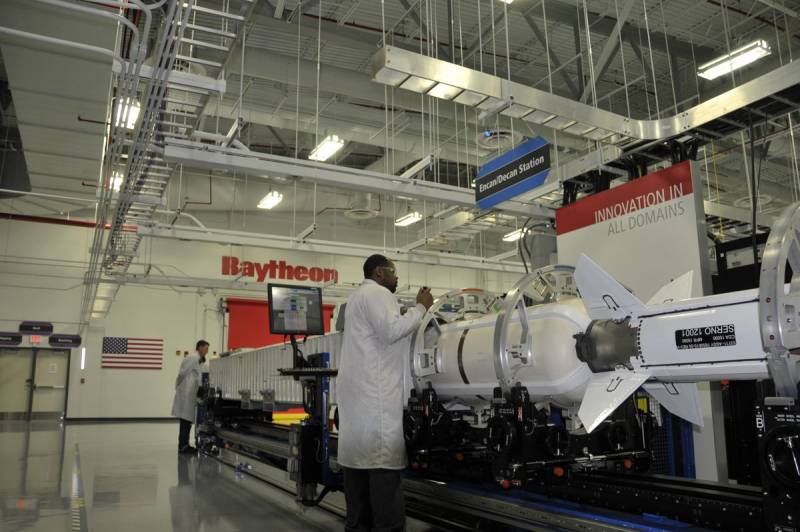 A curious feature is that the report was presented on 1 on August 2019 of the year and is superimposed on disputes in Congress that are associated with a reduction in the US military budget in the future. Senators expect to reduce the country's military spending to 750 billion dollars, members of the House of Representatives insist on a lower figure - 738 billion dollars. US President Donald Trump also adheres to the same position aimed at lowering the military budget. According to Reuters, Trump supports the decision of members of the House of Representatives, that is, reducing costs to the level of 738 billion dollars. His position is to reduce defense spending after building up this budget line in the first 2,5 years of his stay in power.

The Pentagon usually publishes similar reports earlier. The publication of the report is directly related to the White House budget request for the next fiscal year, a similar request Donald Trump sent back in March 2019 of the year. However, this year there was a significant delay with the publication, which is explained by the fact that the command of the ground forces could not prepare all the necessary documents in time. The published document summarizes all the costs of military procurement programs, which include the costs of development and research, purchase, military construction, as well as maintenance of equipment and operating costs. Two trillion dollars is the amount that has already been spent, aimed at financing current developments and will be spent in the future. The amount was obtained by adding up all the Pentagon procurement programs, of which there are currently 87, this is more by 4 programs than in the report of the previous year.

According to Bloomberg, the current evaluation of 87 programs for the purchase of military equipment implemented in December 2018 is 2,018684 trillion dollars, in December 2017 such programs were 83, and their cost amounted to 1,917840 trillion dollars. In one year, US military spending on arms purchases increased by approximately 101 billion, of which 51 billion is accounted for by an increase in the quantity purchased weapons, 18 billion - to increase the volume of research work, another 11,5 billion dollars - this is a recount adjusted for current economic showed. As Bloomberg notes, two trillion dollars is almost 10 percent of the US gross domestic product (GDP), which is estimated at 21,3 trillion dollars. 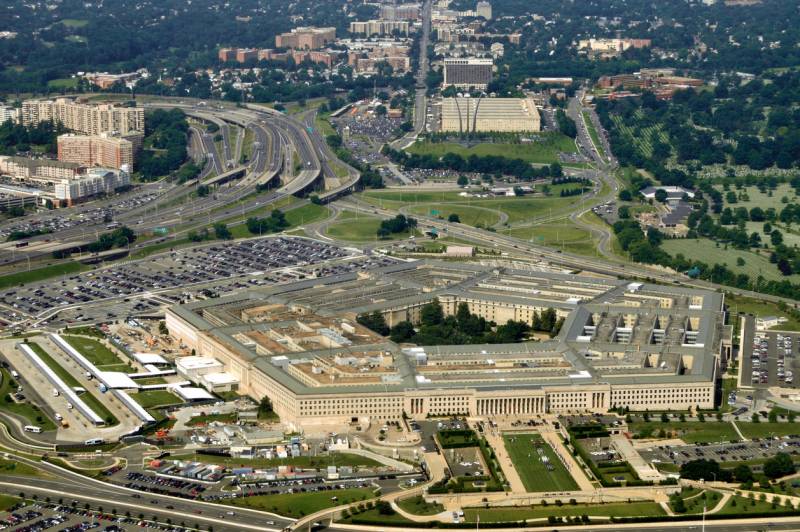 The four new Pentagon military programs that appeared in the 2018 report for the year include: Expeditionary Sea Base (ESB) - 5,188 billion; development of a long-range anti-radar missile (AARGM-ER) - 4,071 billion; the development of a new “board number one” for the US president and the creation of new communication equipment for the head of state, these programs will cost US taxpayers $ 5,18 billion and 349,6 million dollars, respectively. Work to upgrade the presidential aircraft as part of the Air Force's VC-25B program should end in the 2024 year. At the same time, the acquisition cost of two aircraft and the construction of a hangar for them is already comparable in cost to the construction of one Nimitz class nuclear aircraft carrier or two nuclear attack submarines. But, as you know, you can’t forbid to live beautifully, there would be funds.

Expenses for the fleet do stand out against the general background, but are fully consistent with the reality in which the United States has been living for many decades. After the end of World War II, the former British colony finally took the place of Great Britain itself, freed after the sunset of the empire, over which the sun never set. At the moment, it is the American fleet that is the most powerful in the world, although the number of warships has already begun to lose to the PRC fleet. 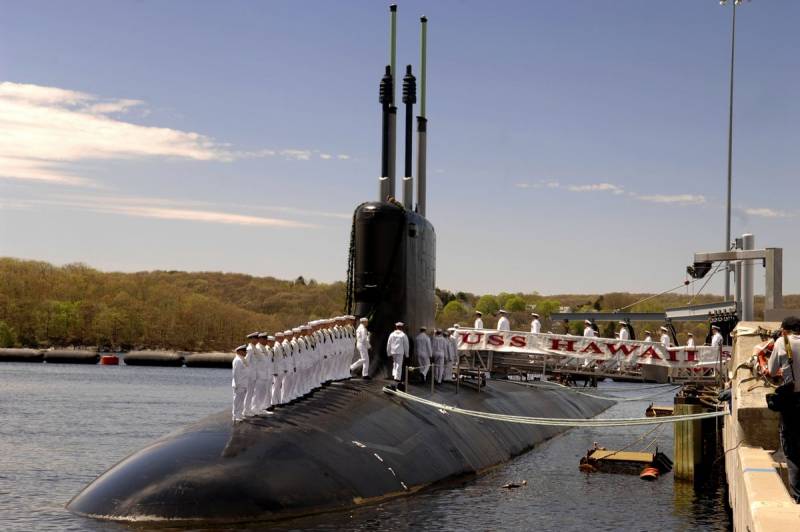 The Pentagon’s largest and most expensive fleet-related project is the acquisition of Virginia-class nuclear submarines. The US military is spending 161,5 billion on this program. Virginia-type multipurpose nuclear submarines are classified as fourth-generation submarines. In addition to the standard weapons provided by Tomahawk cruise missiles, there is equipment for special operations on board the boats. According to the American classification, these are killer boats or hunter boats, they are able to successfully fight enemy submarines. It is known that the cost of the 13 boat of this project, put into operation in October 2016 of the year, amounted to 2,7 billion dollars.

Among aviation programs, the competition for the creation and production of the fifth-generation Lockheed Martin F-35 Lightning II multifunctional fighter-bomber is out of competition. Experts consider the creation and production of F-35 the most expensive military program in the world. At the same time, the Pentagon’s published report does not show the total cost of purchasing these fighters, and the program’s deadlines are indicated selectively, since a large amount of information on the program is still closed.

At the same time, it is known that the F-35 fighter-bomber program was an example of a serious increase in expenses, during the 2018 year it went up by 25 billion dollars, only the cost of buying aircraft increased by 15,3 billion dollars. This is largely due to the upgrade of the fifth generation aircraft to the Block 4 modification. In total, the US military is ready to spend 35 billion dollars on the purchase of new F-362,4 aircraft, of which 125 billion has already been approved by Congress. The US military will spend another 66 billion dollars on the purchase of engines for Lockheed Martin’s aircraft. Of this amount, which will go to Pratt & Whitney, Congress has approved 26 billion so far. 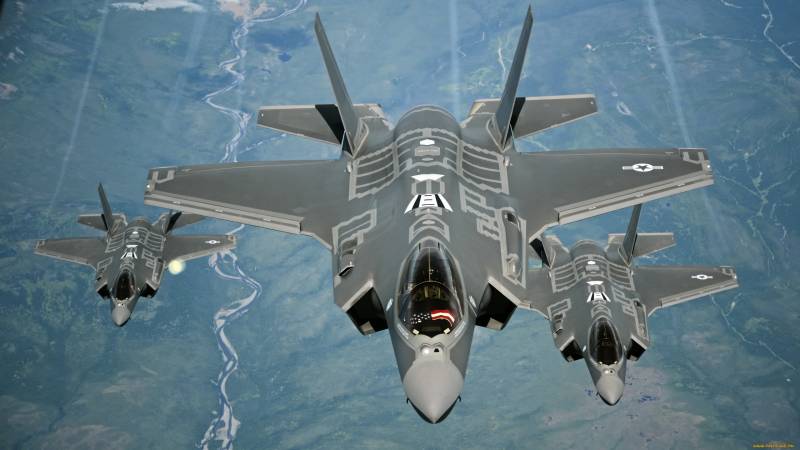 As Bloomberg previously reported, the total cost of the F-35 program, taking into account the operation and maintenance of the fighter fleet over the next 60 years, up to the 2077 year, is estimated at 1,196 trillion dollars, of which just over a third of the indicated amount is for the purchase of aircraft . So far, the US military has not abandoned its plans to acquire the 2456 F-35 fighter-bomber, of which 1763 aircraft are planned to be delivered to the Air Force, 420 will be transferred to the Marine Corps and another 273 of the US Navy. Potential export contracts are so far evaluated at the level of 700 aircraft.

An important feature of the document published by the Pentagon is the increase in the cost of acquiring missiles for various purposes. Against this background, the increase in purchases of JASSM long-range cruise missiles is particularly notable. Over the year, purchases of these missiles increased by 113,4 percent or by 5,4 billion dollars. Such explosive growth is associated with the decision of the US military to acquire 7200 of such cruise missiles, which immediately on 4335 missiles more than originally planned. The high-precision American air-crash AGM-158 JASSM (Joint Air-to-Surface Standoff Missile) cruise missile is capable of hitting targets at a distance of up to 980 km. Fighter F-16 or F-35 can carry two such missiles, and, for example, a strategic bomber old-timer B-52Н immediately 12.

PAC-3 MSE missiles designed for the Patriot air defense missile system are also expected to increase purchases. The US military expects to acquire 3100-like anti-aircraft guided missiles instead of the 1723 previously planned. The cost of acquiring these missiles immediately increased by 73,1 percent or by 6,6 billion dollars. It is worth noting that the main beneficiary of the increase in orders will be Lockheed Martin Corporation, which is the developer of both rocket systems. 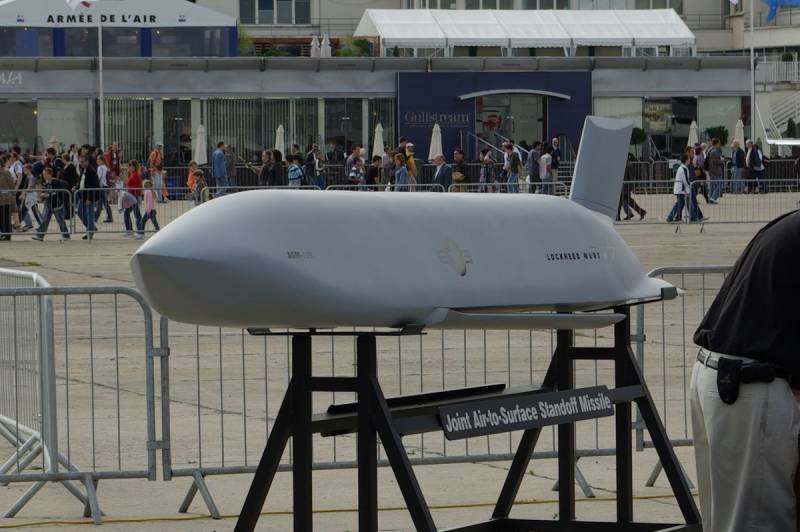 The volume of purchases of missiles for the needs of the fleet also increased. US admirals are working to increase the air defense capabilities of the forces entrusted to them. Thus, the volume of purchases of Standard Missile-6 anti-aircraft guided missiles, developed and manufactured by Raytheon, increased by 31,5 percent or by 2,7 billion dollars. This is due to the desire of the U.S. Navy to acquire an 2331 anti-aircraft missile instead of the 1800 missiles planned earlier. The volume of purchases of another rocket developed by Raytheon designers has also seriously increased: we are talking about the AIM-9X-2 Block II air-to-air missile. This program immediately increased by 93,2 percent, in monetary terms - from 3,6 to 7 billion dollars. This is due to the acquisition of additional 2957 missiles for the Air Force and 2678 missiles for the US Navy from Raytheon.

We are in Yandex Zen
How much is F-35, or features of military pricing
Russia entered the top three countries with the largest military spending
32 comments
Information
Dear reader, to leave comments on the publication, you must to register.