"Take away your nuclear weapons." German answer to America

August 13 2019
63
The contradictions between the United States and its allies in Europe are growing. Once again, a "black line" lay between Washington and Berlin: in Germany they are very dissatisfied with the statement of the American ambassador. 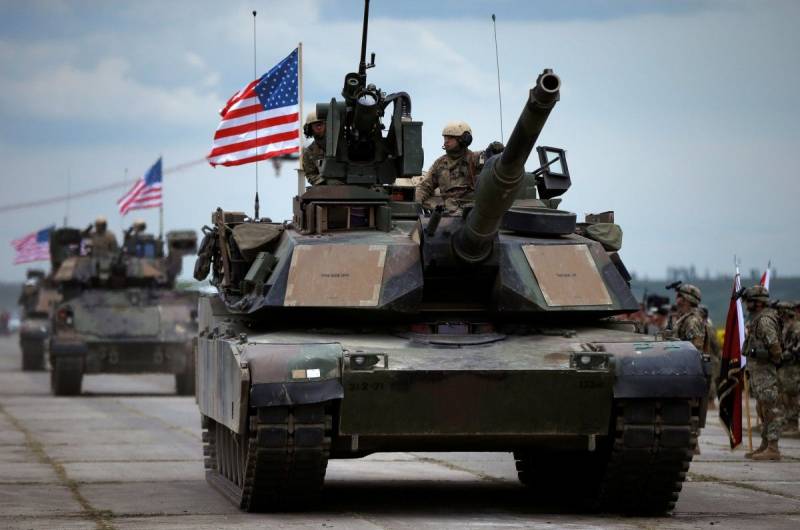 The fact that the administration of US President Donald Trump is unhappy with the low, in her opinion, funding of American troops stationed in Europe by European states has long been known. In Washington, they believe that Europeans themselves, including Germans, should pay for the presence of American troops in Central and Western Europe - because the Us Army supposedly performs the most important task for Europe - it protects it from the implementation of Russia's aggressive plans. But Europeans, such rascals, do not want to pay the Americans for this. 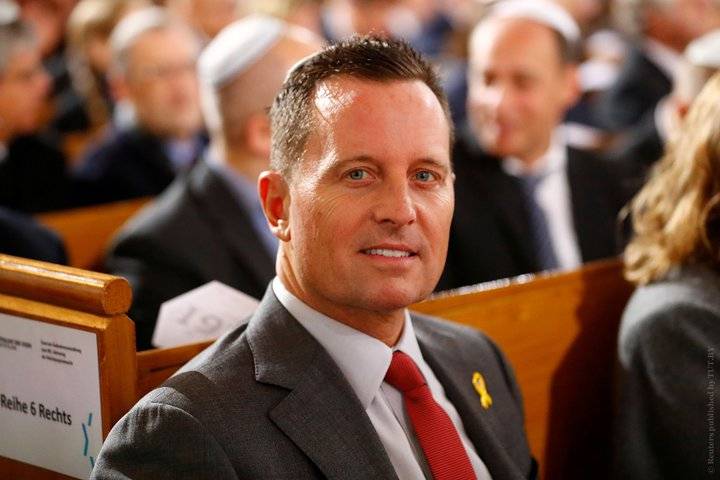 US Ambassador to Germany Richard Grenell is a well-known American diplomat who is highly trusted by President Donald Trump. In Germany, Grenella is not like. And this is not surprising, since the ambassador has repeatedly noted boorish statements addressed to Germany during his tenure. So this time Grenell did not hold back.

It’s insulting when they expect that US taxpayers will continue to pay 50 thousand Americans in Germany, but the Germans will use the trade surplus for domestic purposes,
- said the American ambassador.

Thus, he actually intervened in the spending of funds from the German budget. After all, they, according to the ambassador, should not go to the development of the economy of Germany or social payments to citizens, but to the maintenance of the 50-thousandth American contingent.

The American contingent in Germany consists of 35 thousand military personnel and 17 thousand civilian specialists serving the troops in the country. Naturally, it’s unprofitable to maintain such an army of well-paid people. And in Washington, they constantly demand from the EU countries to increase financial investments in the content of American troops. From Germany, the Americans demand spending 2% of GDP on defense.

Washington is furious that the largest economy in Europe, in his opinion, is evading responsibilities for financing its own defense, which in fact is not the defense of Germany, but the provision of American aggressive plans and political interests in Central and Eastern Europe.

As for Germany, the Americans cite Poland as an example. After all, Warsaw, which has long been Washington's favorite, supposedly fully covers the content of American troops deployed in the country. About the fact that the Polish budget is one third of the subsidies of the European Union, that is, primarily the same Germany, since it is unlikely that Poles are financed by Slovenes or Greeks, in Washington they are silent. And this is also a shame for the Germans.

Currently, Trump's call to increase military spending to 2% of GDP was supported only by the UK, Poland, Estonia and Greece. Everything is clear with Great Britain - it is the most important US military-political ally, also obsessed with Russophobia. Poland and Estonia are under the strongest American influence and, in addition, the increase in military spending at the expense of the budget of these countries can be talked about very conditionally, since their budgets are subsidized and subsidized by the European Union.

Finally, Greece does not increase its military spending not so much at the call of the United States, but for reasons of maintaining a certain balance of forces with Turkey, its main strategic adversary (although both countries are sort of like allies in the North Atlantic Alliance).

American diplomats are trying to scare the Germans with the withdrawal of troops from Germany to Poland and Romania. In this regard, by the way, the threats are quite real, because with the collapse of the socialist camp in Eastern Europe, the strategic importance of Germany has significantly decreased.

After all, the NATO bloc has advanced significantly east, including the former USSR allies in Eastern Europe and even the post-Soviet republics of the Baltic states. And the United States now has the opportunity to deploy its military facilities not in Germany, but in Poland, Romania, the Baltic countries. Another thing is that the presence of US troops in Germany remains another insurance to ensure the loyalty of the German leadership.

In addition, the US authorities are well aware that Poland or Romania, not to mention Estonia, Latvia or Georgia, are not fully able to pay for the presence of the US military on their territory, the only way to reduce financial costs is to redistribute them in favor of “draft horses” »European Union, such as Germany or France.

A sharp reaction from the chancellor of Germany Angela Merkel or her party members did not follow. But the Americans were toughly answered by the German left. Chairman of the Left Party faction in the Bundestag, Dietmar Barch, stressed that if the United States wants to withdraw troops from German territory, then let them withdraw nuclear weapon. Moreover, Barch spoke out against the deployment of American troops in Poland.

If the Americans withdraw their soldiers, then they should take with them their nuclear weapons. And, of course, home, and not to Poland, because it will become another dramatic escalation in relations with Russia, which does not meet European and German interests,
- emphasized Barch.

The fears of the German politician are understandable - the transfer of nuclear weapons and additional American troops to Poland will indeed provoke Russia to retaliation, to a new arms race. Germany, and other European countries, such a development is absolutely unnecessary. It doesn’t need the Poles either, but the main trouble of Poland is that its power is completely controlled by the “Washington Regional Committee” and, therefore, cannot make independent political decisions in the interests of its own country, and not overseas “big partner”.

Wolfgang Ischinger, chairman of the Munich Security Conference, also criticized the statement by the American ambassador to Germany. According to the politician, such statements by American diplomats could violate the Russia-NATO act, according to which the North Atlantic Alliance does not have the right to deploy military bases on the territory of countries that have recently joined it. Such countries include the former countries of the socialist camp of Eastern Europe and the former Soviet republics of the Baltic states.

That is, the statement of Grenell has already caused a negative reaction in the German establishment. And it could be another stroke in the general deterioration of relations between the United States and its Western European allies. 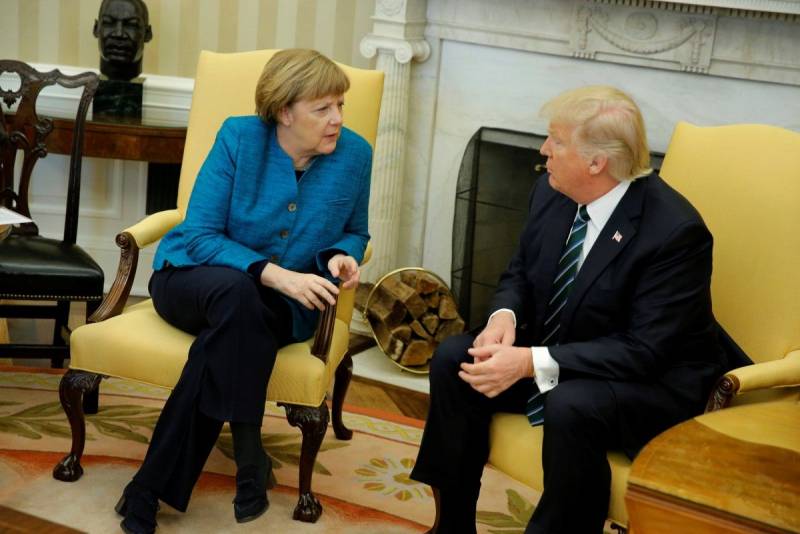 Recall that shortly before that, German Chancellor Angela Merkel refused to offer the United States to send parts of the Bundeswehr to Syria. The Chancellor emphasized that the normalization of the situation in Syria lies only in the plane of negotiations of the main participants in the Syrian political process. Germany rejected the offer of the Americans to join the anti-Iranian coalition, which the United States collects in the Persian Gulf.

US military presence is not beneficial to Germany

For Germany, the presence on its territory of American nuclear weapons and American troops is rather not profitable. After all, it creates additional risks. The most important risk is that in the event of a potential armed conflict with Russia, American targets in Germany will become a target for a Russian strike. After all, America is far beyond the ocean, and the weapons stationed in Germany threaten Russia.

Secondly, one should not discount the risks of man-made disasters and accidents associated with US nuclear facilities. And the Germans absolutely do not want to expose their territory, their ecology, life and health to danger because of the aggressive plans and ambitions of the American leadership. 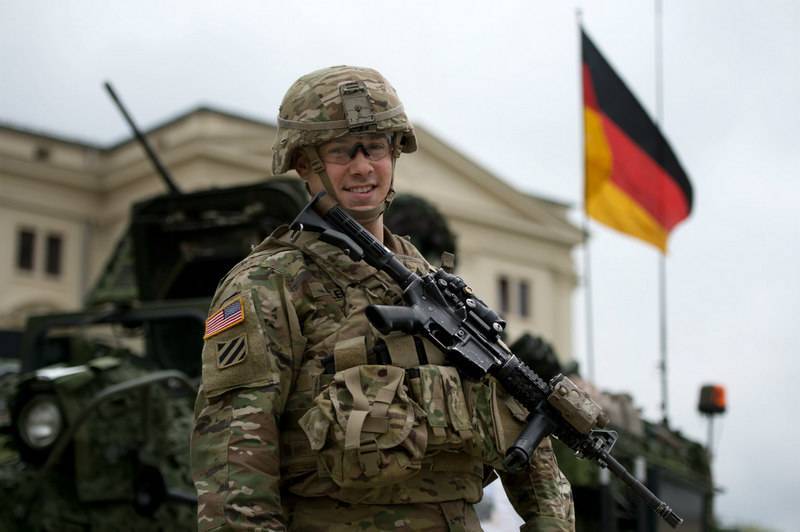 By the way, Russia, the successor of the Soviet Union, which defeated Hitlerism, long ago withdrew all its troops from German territory. But the United States did not do that. And while American troops are on German territory, there is no need to talk about genuine national independence.

Fourthly, the maintenance of American troops and military bases is financially too. Berlin has less and less desire to pay for the presence of foreign troops on its territory. Moreover, if we discard the confrontation between the United States and Russia, then in modern Europe, no one threatens Germany. And the prospect of a conflict with Russia takes place only in the plane of Russian-American relations. Without the United States, Germany could well have reached a new level of relations with the Russian Federation. Therefore, it is not very clear what German taxpayers are now paying for.

Thus, neither the presence of American troops on its territory nor their withdrawal to neighboring Poland is beneficial to Germany. Everything goes to the point that the United States will practically have no reliable allies in Western Europe. Already now, with the exception of Great Britain, Western European countries are not eager to come forward as a united front with the United States in Washington's many adventures.

Only the countries of Eastern Europe fully follow in the wake of American foreign policy, and even that is not all. But the same Baltic republics, Romania or even Poland, not to mention Ukraine or Georgia, cannot be considered as serious, full-fledged allies of the United States in the military-political sense. 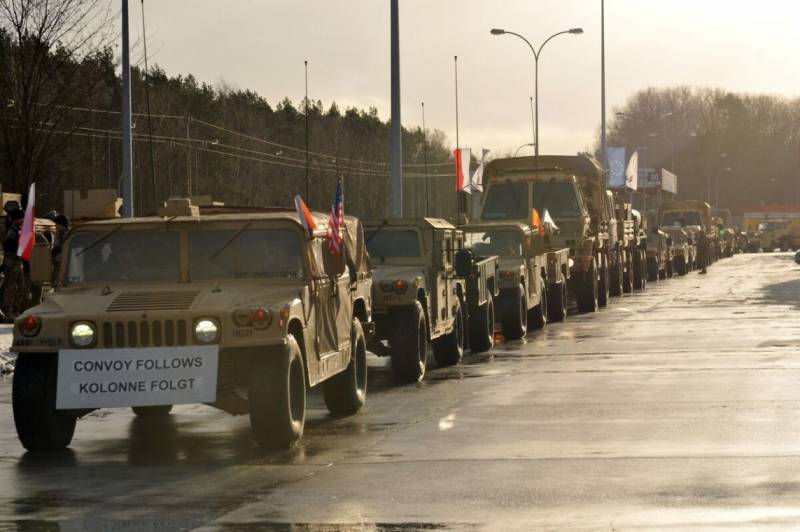 Any attempts by Washington to place the financial burden of maintaining its troops or paying for its projects in Europe on Germany or France face a fierce confrontation between European elites. In fact, it is easier for Europe to form and finance its own combined armed forces than to pay for the maintenance of the American army.

It is worth noting that in Berlin they perfectly understand that Grenell’s words about the possible withdrawal of American troops to Poland are nothing more than a concussion. In fact, the United States, at least in the foreseeable future, will never voluntarily agree to completely remove its troops and military facilities from Germany.

The United States is also disadvantageous in the full independence of Europe in defense matters. No matter how Trump and his associates argue about cutting Washington’s financial costs, such military sovereignty of Germany, France, and other West European states would destroy American military-political strategy itself. After all, the need for the presence of American troops in Europe would have disappeared, which means that American objects from the territory of the EU countries would have to be removed. This, in turn, would mean a severe blow to the entire system of “containment” of Russia, since American weapons would remain only overseas - on the territory of the United States itself.