August 13 2019
14
100 year anniversary of the 1918-20 genocide. The second half of the 1918 year was extremely alarming for South Ossetia. The situation could not be characterized either as a war or as a world. In the villages there were women, old people and children, and part of the youth, seizing weapon, went to the mountains. By this time, the nightmare of the Georgians came true - the Ossetians gravitated more and more to the Bolshevik ideas, which pushed them in the direction of a strong ally. And even in Georgia itself, the population by no means accepted the Menshevik dictatorship without exception, no matter how it dressed in democratic clothes. Therefore, the new government desperately sought protection. At the very beginning, the "new Georgia" almost swore allegiance to imperial Germany, since in 1918, at the invitation of Noah Jordania, German troops took control of strategically important points on the territory of Georgia. After the collapse of the Germans, the orientation was instantly changed, and they swore allegiance to the Entente countries. 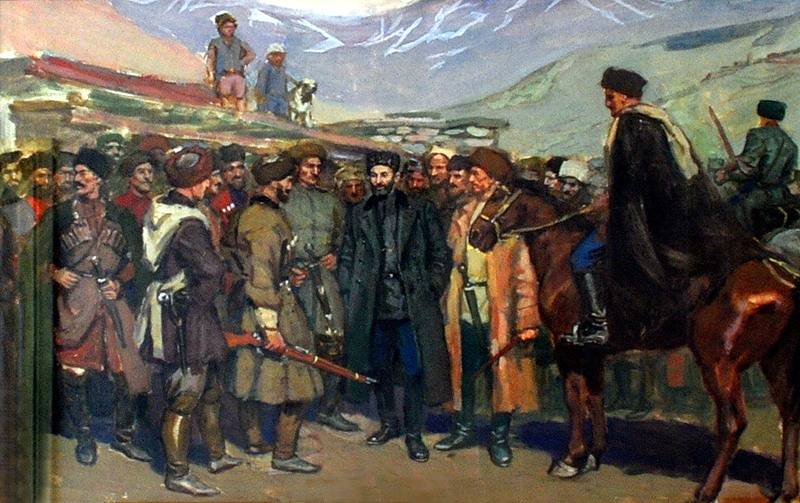 At that time, more than curious in the modern context of speech came into fashion. According to the memoirs of Philip Isaevich Makharadze set forth in his book “The Dictatorship of the Menshevik Party in Georgia,” Noah Zhordania declared:
“The Great Russian Revolution, the February Revolution over a wide area of ​​Russia became stronger and gained flesh and blood only here in Georgia ... and the revolutionary storm that swept over Russia only forged democracy in Georgia.”

One of the leaders of the Georgian Mensheviks and member of the Constitutional Assembly of Georgia Seid Devdariani went even further, declaring:
"Soviet Russia is a country of horrors, a country of terror, economic collapse, etc., while Georgia is the only country in the world where the dictatorship of the proletariat reigns, and the proletariat carries out its dictatorship without blood and without those extreme cruelties."

The author does not even wonder where Devdariani got the proletariat from several tobacco factories in agrarian Georgia, but it is simply impossible to keep silent about the “dictatorship without blood”. Even if it is cynical to put South Ossetians out of the brackets, only in Georgia about a thousand Bolsheviks were sent to prison, not counting those who were shot without any intentions. All the Bolshevik publications in February of the 1918 were closed. In addition, the country was shocked by peasant uprisings and the number of dissatisfied with the new government was growing, so the "Special Detachment" was created, which was engaged in the suppression of all dissent. 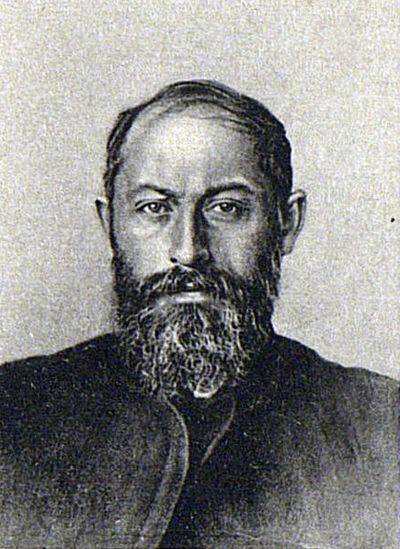 According to the memoirs of Leo Trotsky (one of the most knowledgeable people of his time, despite the author’s attitude to him), the Georgian Menshevik government was not shy in the methods of “political” struggle:
“Part of this detachment, under the direct supervision of Tukhareli, was engaged in the bombing of the homes of those individuals on whom someone reported. Similar violence was committed in Gudauta County. The head of the Georgian detachment, Lieutenant Kupunia, a former bailiff of the city of Poti, beat a whole gathering in the village of Atsy, forcing everyone to lie under machine-gun fire, and then walked on their backs, striking with a saber flat; then he ordered the gathering to gather in a heap, on horseback into the entire quarry crashed into the crowd, inflicting beatings with a whip. "


However, representatives of the Entente, which, in part, partly financed the new Georgian regime, looked at it all through their fingers, though carefully lubricating their blindness with humanistic rhetoric. Members of the National Council of Ossetians submitted to the countries of the "enlightened" West "Memorandum of the People of South Ossetia", which featured the demand for reunification of the North and South Ossetia. The document was compiled in Russian and French (the language of international diplomacy at that time). But even the "international community" did not open its eyes to this.

The rampant persecution of dissidents, especially Ossetians, reached the point of absurdity. So, one of the former students of the Tskhinvali gymnasium, who participated in communist meetings and worked in a metalwork and blacksmith workshop, temporarily kept a drilling machine. In order to discourage children, he called the machine "machine gun." The younger brother boasted to a peer that they have a machine gun. Soon, the peer father, the Menshevik Kasradze, found out about this. In the evening, the “national guard” came into the house of the former schoolboy, requisitioned the “machine gun” and, together with the owner and household members, delivered it to the headquarters. According to the memoirs of Viktor Gassiev, even though the whole of Tskhinval made fun of the “guards”, they still sent the “machine gun keeper” to prison. 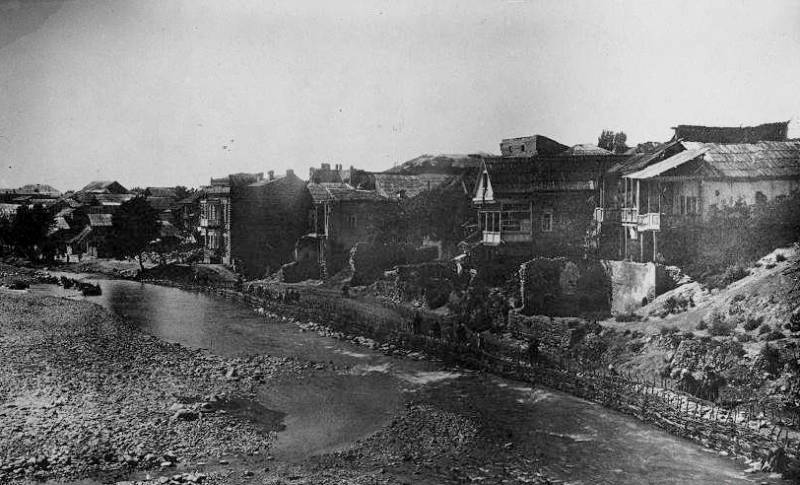 Tskhinval of the beginning of the 20 century

South Ossetia at that time was formally controlled by Tiflis, but in fact it continued to "vilely" speak Ossetian and Russian languages, and choose the local population for local posts. In the 1919 year, Georgia was covered by a wave of uprisings against the government and the Menshevik elite. Ossetians also join the uprising. In October of the same year, Tiflis introduced troops into South Ossetia. Soon, small groups of rebellious Ossetians were driven out of Tskhinval and the surrounding villages. The uprising was crushed on the territory of Georgia. With no support, the headquarters of the uprising in December 19 laid down their arms. But the situation remained so tense that Georgian troops did not dare to go further than the mountain village of Uanel (north of South Ossetia).

Finally, taking advantage of the control of part of South Ossetia, the Bolshevik-Ossetians proclaimed Soviet power in the republic simultaneously with the formation of armed detachments. At the same time, a detachment of 1000 fighters recruited from South Ossetian refugees came from Vladikavkaz towards the village of Ruk. In early June, consolidated Ossetian units went towards Dzau. Already on the 6 of June of the 1920 of the year, Ossetian forces under the command of Arsen Dzutstsev defeated the Georgian detachment near the above-mentioned village. The prisoners were sent to North Ossetia. It is surprising that later than all the prisoners ... they were released, at the direction of the chairman of the regional executive committee Kvirkvelia. 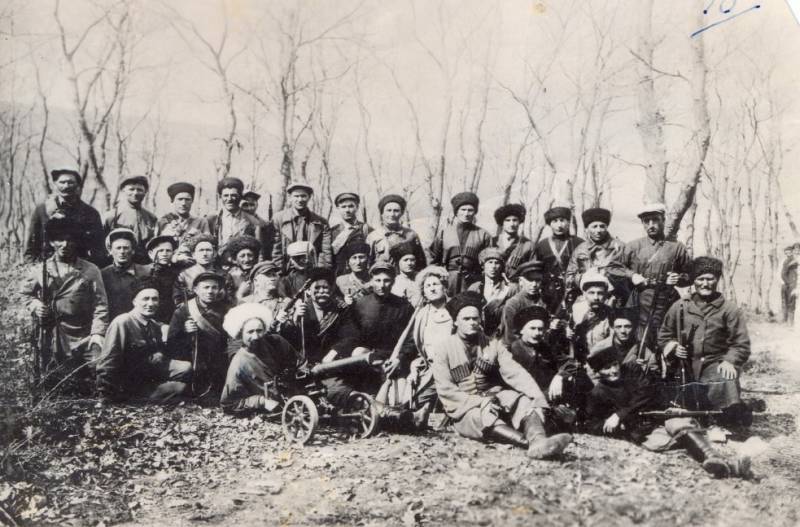 On the morning of the next day, fighting broke out on the outskirts of Tskhinval, which in the evening ended in a victory for the forces of Soviet Ossetia. Having learned about the new uprising and loss of Tskhinval, Tiflis, despite the rout of the Georgian troops in Abkhazia by General Denikin, who was stopped only by the "allies" from the Entente, removed all possible forces and sent them to suppress Ossetians.

On 12 of June at 4 in the morning, Georgian troops approached Tskhinvali, reinforced by artillery, which the Ossetian rebels did not have. The assault on the city began with shelling, which lasted for two hours. Only at the village of Tirdznis there was a battery of 6 guns. After the artillery bombardment, Georgian infantry moved in three chains at the Ossetian position.

By noon, the Ossetian forces did not exceed 500 fighters. The situation was aggravated by the fact that the villages captured by the Georgians instantly began to glow, and the rebels could hear the cries of civilians - women, children, old people. Many rushed to save their families, exposing the front. The village of Pris was the first to flare up, in the area of ​​which the Georgians managed to break through the defenses. The Ossetian-Bolshevik command decided to move to the village of Kekhvi (after the war of the 2008 year, it no longer exists, because it was inhabited by Georgians who left a couple of days before the August 8), north of Tskhinval. The headquarters of the Ossetian forces is located even further north - in Dzau. In unfortunate Tskhinval and suburban villages, whose population did not have time to escape, a rampant violence began. Chermen Begizov, the commander of the rebels of the village of Ruk, recalled:
“An unprecedented vandalism began: the Ossetian civilians of Tskhinval were exterminated, villages were swept away by artillery fire, old men, women, and children were mercilessly slaughtered. Frightened by these atrocities, the population completely removed from their homes and fled to the North. " 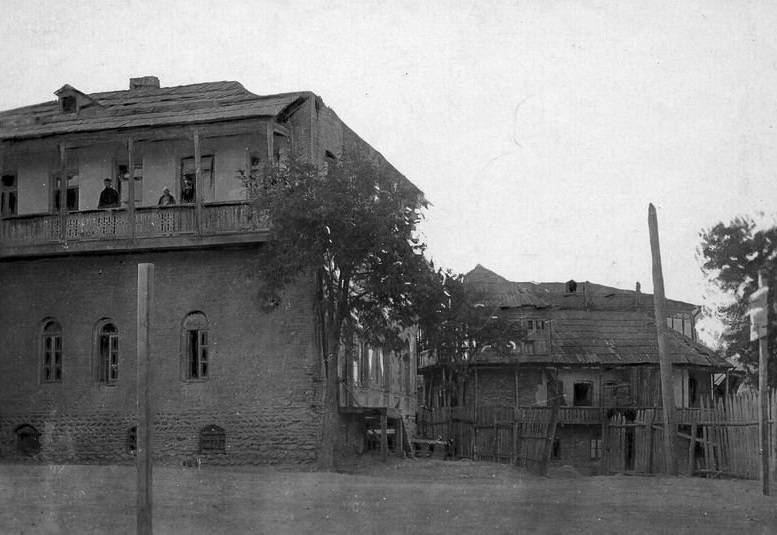 The famous Jewish quarter of Tskhinval

The lack of people was aggravated by the lack of ammunition. Vladimir Alexandrovich Gazzayev, a medical doctor by training, a future writer and translator, and in the 1920 year, the combat commander of Ossetian Bolshevik rebels wrote:
“I remember standing with Mate Sanakoev at the entrance to the headquarters. Petra Kabulov comes up to us, shows one clip and says: “How will I fight with five rounds of ammunition?” Mate answered him: “If you kill five Mensheviks, that's enough for you.”


It soon became clear that the main task of the Ossetian detachments was to cover the general retreat of the civilian population. Despite the rapidly thinning ranks of the defenders, detachments of 5-15 people continued to separate from the main forces to protect the evacuation of a settlement. Most of the villages already occupied by Georgian troops flared up instantly, like matches, without any tactical or strategic need.

Midt Khasiev, the commander of one of the detachments, later recalled how he personally encountered the predatory habits of the invaders:
“On June 12, I took a position from the village of Mugris to the village of Dvani and stayed there until the peasants had time to move to the forest. Then, after them, we ourselves went there. On June 24, a peasant Sandro Parastaev came running into our forest and informed us that an equestrian guard had arrived in their village. I took Sandro Kochiev, Kirill Dzhattiev, Iliko Parastaev and Aslan Sanakoev with me, went out onto the road and saw 5 horse guards heading into the forest through the village. Torbis. We followed them. The guards took the things from the peasants and drove them on five carts, took all the cattle and 15 young girls. I went out to meet the guardsmen and ordered them to lay down their arms. They immediately turned back. We shot two of them. ”

But all this was only the beginning of the hardships of the South Ossetian people. A true rampant genocide and mass robbery was just ahead. Soon, everyone who could leave will begin to die of hunger and cold in the Caucasian highlands, and those who remain on their own land will be forced to hide in the forests, since not only rebels, Bolsheviks and their sympathizers will be subjected to repression and all ethnic Ossetians.