August 12 2019
170
Turkish President Recep Erdogan said that his country has not recognized and will never recognize Crimea as Russian. Ankara did not particularly hide its position on the Crimean peninsula, but against the backdrop of increasing cooperation between Turkey and Russia, the words of the head of state are rather offensive. 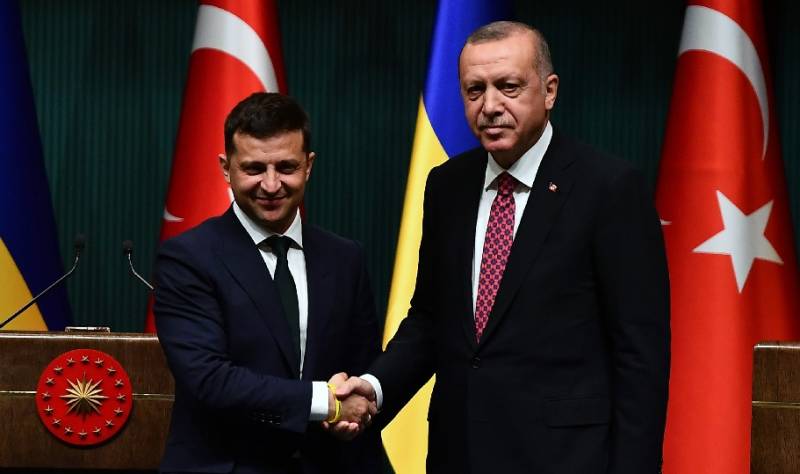 Why Erdogan does not want to recognize Crimea as Russian

The words that Turkey does not recognize the Crimean peninsula as Russian were made during the meeting of Recep Erdogan with Ukrainian President Vladimir Zelensky. It is clear that Erdogan has his own plans for relations with Ukraine. After all, Ukraine in any case remains one of the Black Sea states and its ties with Turkey are really close. Actually, Zelensky heard what he wanted to hear. But Erdogan did not show the slightest tact in relation to Russia, with which cooperation has so far developed quite successfully.

Erdogan didn’t just have to avoid the Crimean question in his conversation with Zelensky or at least not make clear statements. But he chose a harsh statement, designed not even for Zelensky or Putin, but for the West. It is unprofitable for the Turkish president to completely break off relations with the West, with the European Union, so he wanted to demonstrate that Turkey did not come under Russian influence and the purchase of C-400 does not mean anything. 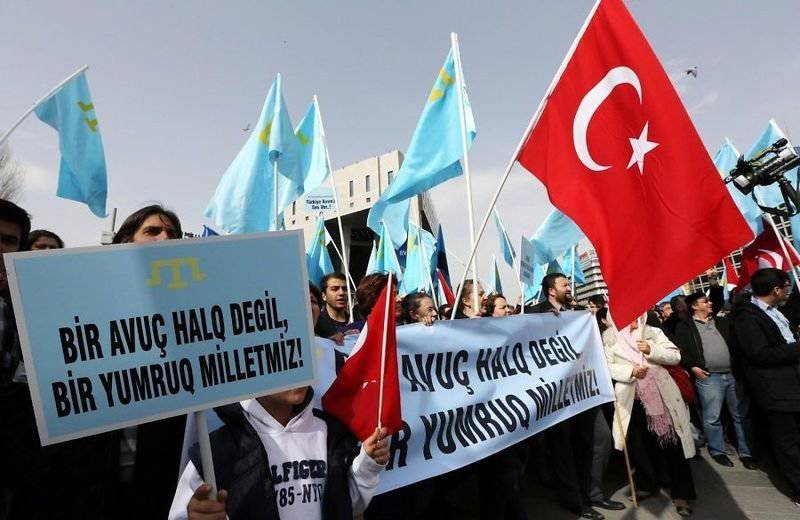 In Turkey, as you know, they are actively speculating on the Crimean Tatar issue. What can be done, more than two centuries have passed since the entry of Crimea into Russia, and for Turkish nationalists this fact itself is still offensive. After all, before the annexation of Crimea, the Black Sea was actually the internal Turkish. But everything is changing, empires are crumbling, but for Recep Erdogan with his neo-Ottoman ambitions, the Crimean question remains very painful.

In addition, in Turkey itself there is a fairly large diaspora of the descendants of the Crimean Tatar Muhajirs who did not want to live in the Russian Empire and moved to Asia Minor. They, for obvious reasons, have historical resentment against the Russian state and they expect that the Turkish authorities will support them and this resentment to share and strongly support anti-Russian aspirations. The number of the Crimean Tatar community in Turkey, according to various sources, ranges from 500 thousand to 6 million people. But it is safe to say that today there are more Crimean Tatars and their descendants in Turkey than in Russia and especially in Ukraine.

Of course, the ideal for the Turkish side would be the creation, if not of a Crimean Tatar state, then of broad Crimean Tatar autonomy on the territory of the peninsula. But Erdogan and his entourage are well aware that this is an unattainable goal, especially if Crimea is part of Russia. But as part of Ukraine, on the basis of the anti-Russian hysteria of the Ukrainian authorities, such a development of events could well have been realized. 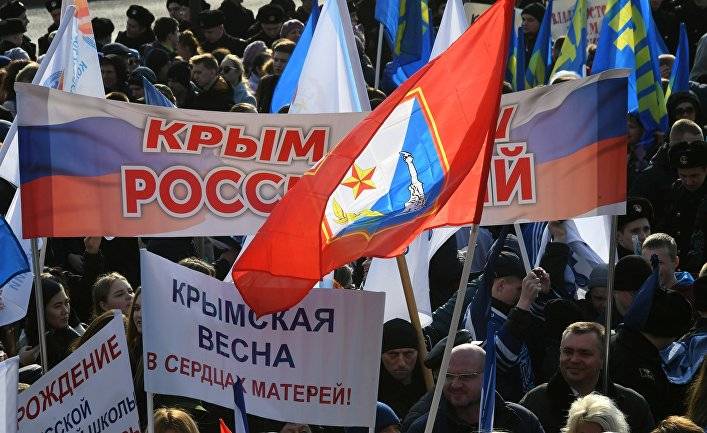 Not Turkey to raise the issue of Crimea

It is no accident that the representatives of the Crimean Tatar public themselves reacted quite sharply to Erdogan's words.

By the way, unlike Ukraine, Russia has rich experience in building relations with Muslim and Turkic peoples. The Russian Federation includes a number of national republics with the titular Turkic peoples. Representatives of Turkic and Muslim peoples in Russia have brilliant career prospects. In contrast, by the way, from the same Ukraine, in Russia they quietly rose to ministerial posts.

Moreover, the Crimean Tatars themselves, like the Ukrainians, in the game that both the West and Turkey are playing against Russia have only the role of pawns, which can be neglected, which can simply be sent for slaughter. Fortunately, an increasing part of the Crimean Tatar activists themselves understand this.

But in Ankara they see what they want to see. And at the meeting between Erdogan and Zelensky, by the way, Mr. Mustafa Dzhemilev was also present. 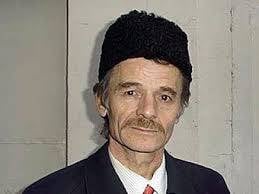 This man in Soviet times was the “human rights activist No. 1” from the Crimean Tatars, the leader of the national movement, spent many years in Soviet prisons. He hates Russia with all his heart and, naturally, in 2014 he immediately took a pro-Ukrainian position.

In addition to the primordial ideological hatred of Russia, Dzhemilev perfectly understood that after the reunification of Crimea with Russia, he would lose the opportunities that he possessed when the peninsula became part of Ukraine. In Russia, by the way, Dzhemilev is on the federal wanted list for extremist activities; he was arrested in absentia by the Kiev District Court of Simferopol. That is, to be completely frank, except Zelensky, Erdogan also met with a man who is a state criminal for Russia.

By the way, do not forget that the multinational Crimea has a very ancient history and the Crimean Tatars there are not an indigenous ethnic group. Crimea is the historical land not only of the Crimean Tatars, but also of the Greeks, Crimean Armenians, Karaites, Crimeans. And for the Russian people, Crimea is also their native land. It is only part of Russia for almost two and a half centuries, and the history of the Slavs in Crimea has more than a thousand years.

And if we recall that before Russia there was a Crimean Khanate in Crimea, then why not remember that before the Khanate, which appeared after the invasion of the Mongol-Tatar troops in Crimea, the Orthodox principality of Gotia (Theodoro) and the ancient Russian Tmutarakan principality, the Genoese were in Crimea trading post, Byzantine Chersonesus? The descendants of the Crimean Armenians and Greeks, by the way, have not disappeared anywhere and also have every right to call the Crimean Peninsula their native land.

Someone, but not Ankara, should raise the question of the original affiliation or the indigenous population of certain territories in the Mediterranean and Black Sea regions. At one time, the Christian civilization of Asia Minor was destroyed by the Seljuks and Ottomans, and the Greek and Armenian populations were either destroyed, forcibly converted to Islam, or forced out of the Turkish state. By the way, the Turkish Republic of Northern Cyprus, which has existed for fifty years with the connivance of the NATO countries, of which Turkey and Greece are members, for some reason does not make Erdogan want to speculate on the originality of the island of Cyprus.

How to answer Erdogan

Erdogan’s words about Crimea’s belonging once again showed that Turkey cannot be considered an ally or even a neutral partner of Russia. For example, India, Angola or Indonesia can be neutral with respect to Russia - those countries that have no common borders with us, have no common past. Turkey is an active and ambitious country, with a claim to some special role in the Black Sea region, offended by Russia for the loss of vast territories in the Black Sea and the Balkans. After all, whatever you say, it was thanks to Russia that the Ottomans at one time lost not only the Crimea, but also the Black Sea coast of the Caucasus, their possessions on the Balkan Peninsula. And it would be naive to think that in modern Turkey they forgot about it.

Turkey never hid its aspirations to play the role of such a spiritual and ideological leader for the entire Turkic-speaking world. Since the collapse of the USSR, Turkish emissaries have been very active in the Turkic-speaking regions of Russia, in the Muslim republics of the North Caucasus. Erdogan is interested in if not independent Crimea, then Crimea as part of a weak state, to which Turkey can dictate its terms. And Ukraine, for lack of it, is best suited for this role.

As for the Crimea, Turkey will be much more principled in the Crimean issue than the countries of Europe and even the USA. After all, the USA, Great Britain, France, Germany do not have a historical, emotionally filled connection with Crimea. The peninsula is not symbolic for them, it is not connected with the history of the rise and decline of these states. And it is no accident that in 2018 the Turkish Foreign Minister Mevlut Cavusoglu even criticized the European countries, which, in his opinion, began to forget about the problem of the Crimean peninsula.

But Russia can and should answer Erdogan to his boorish attacks. The Turkish president welcomes the extremist leaders who are wanted in Russia - please, there is the Kurdistan Workers Party and its leaders. What prevents them from meeting? To discuss the situation in Turkish Kurdistan? And this is just one of the possible answers to the actions of the Turkish president. 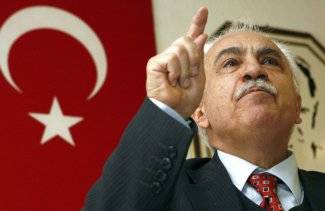 There are economic levers. When Russia imposed economic sanctions against Turkey, Ankara suffered much more than our country. In the end, our tourists can relax in other countries - the world is big, but for Turkey it will not be possible to replace the same number of Russian tourists with visiting tourists from other countries.

However, in Turkey itself, politicians oriented towards good neighborly relations with Russia are well aware that Erdogan must openly recognize Crimea as Russian. Such an idea was made, for example, by one of the oldest Turkish politicians, the head of the Turkish party Vatan ("Homeland") Dogu Perincek (pictured).

Erdogan understands that Crimea belongs to Russia. For the further development of our relations, it remains only to openly say this to the people,
- emphasizes Perincek.

Sooner or later, Turkey will still have to finally decide on its place in world politics. And if Turkey wants to develop relations with its neighbors, and not play the role of an American puppet, in which case one of the first blows can be inflicted, it is time for it to abandon anti-Russian rhetoric.