August 10 2019
281
The incident at a military training ground in the Arkhangelsk region could be caused by tests of a launcher for a hypersonic missile. It is reported Lenta.ru with reference to own sources. 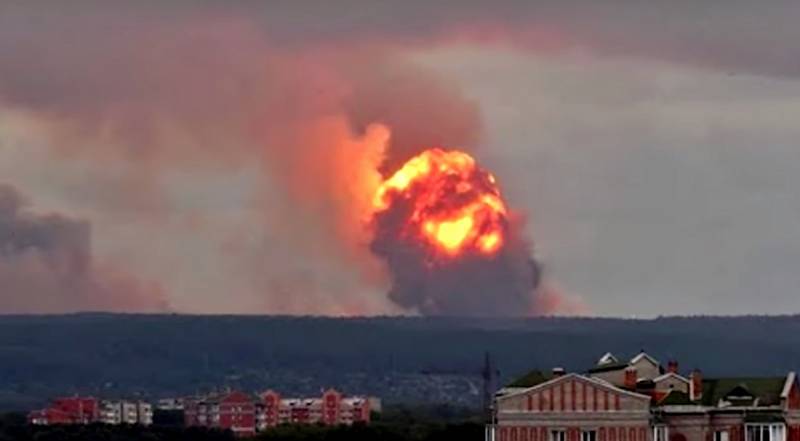 The explosion at the Severodvinsk military training ground occurred during the engineering and technical support of isotopic power sources in a liquid propulsion system.

The incident allegedly occurred on the territory of the 45th State Central Marine Naval Testing Ground fleet Russia: it is located 30 km from Severodvinsk.

According to currently available data, 5 employees of Rosatom state corporation were killed. Three received burns and injuries of varying severity. Information on this was officially confirmed by the organization’s press service.

According to representatives of the state corporation, all the wounded were taken to medical facilities, they are being helped. "Rosatom"Also confirms the cause of the explosion.

Immediately after the explosion, in the period from 11: 50 to 12: 20, a sharp increase in the radiation background was recorded in Severodvinsk, to 2 microsievert per hour. This was reported by Kommersant with reference to the head of the civil protection department of the city administration, Valentin Magomedov.

Further, the level began to decline sharply ... Currently, the radiation level is 0,1 microsievert per hour, there is no threat to the population.
- emphasized Magomedov. The publication also emphasizes that, according to Rospotrebnadzor, with an x-ray, for example, of food organs, the patient receives up to 3,3 millisievert for the procedure.

Also, immediately after the explosion, the Dvina Bay of the White Sea was closed for a month for free shipping. It is assumed that these measures were associated with the destruction of the rocket, during which tons of extremely toxic substances could appear in the water.

«Kommersant", With reference to one of the military sailors, claims that the fuel was asymmetric dimethylhydrazine (heptyl), which combined with an oxidizing agent: this was the cause of the explosion. It takes about a week to dissolve in water to a safe concentration of heptyl.

Presumably, the explosion occurred during testing of a mobile launcher for the Zircon hypersonic missile. About this writes the publication Lenta.ru with reference to its own sources. Officially, this kind of information is not confirmed.