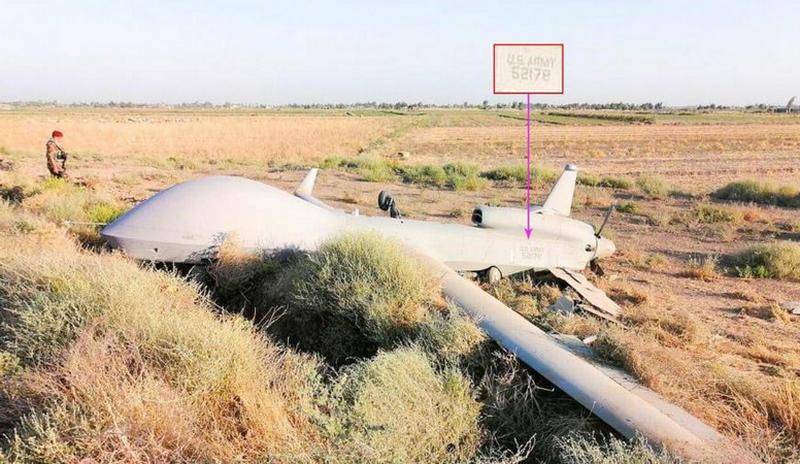 According to an Iraqi news agency, the American MQ-1C Gray Eagle reconnaissance drone crashed northwest of Baghdad. According to agency sources, the cause of the drone's fall, with a high probability, is a hacker attack conducted to intercept its control. The likelihood of a hacker attack is indirectly confirmed by images of the device, which when it fell did not receive serious damage, except for the broken rear wings and propeller.


The American reconnaissance drone did not receive serious damage when it fell. This fact may indicate that the drone was hacked and, as a result, was planted on the ground.
- leads the news agency to the word sources.

The agency’s image clearly shows the side number of the fallen drone - 52187, confirming that it belongs to the US Army. The drone is currently handed over to the Iraqi security forces.