August 9 2019
22
The large hydrographic boat of the 23370 project was laid in Orekhovo-Zuevo at the KAMPO shipyard. The vessel was named after the hydrograph - captain-lieutenant Alexander Firsov, who served in the Great Patriotic War, the press service of the enterprise reports. 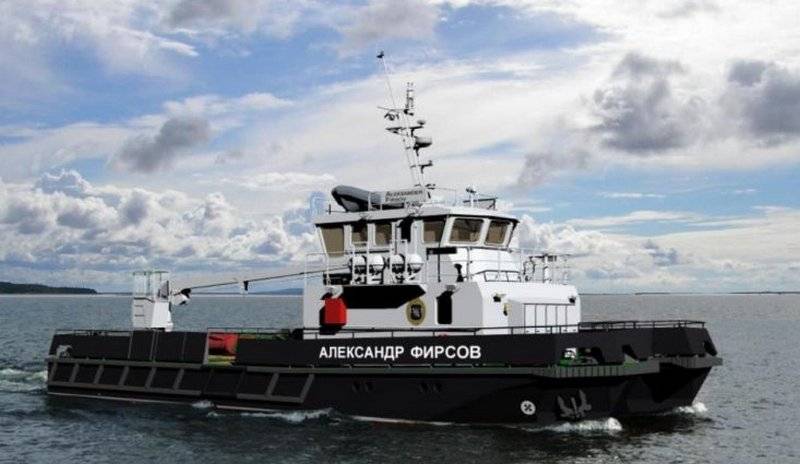 The pledged BGK is the second in the series and the first serial after the head boat Mikhail Kazansky, which was laid down at the KAMPO shipyard on 24 on August 2018 of the year. Currently, individual sections of the lead boat are planned to be delivered to the Vyborg shipyard, where it will be completed. The launch of the lead BGK is scheduled for late August this year. The timing of laying the third boat has not yet been announced.