August 9 2019
27
Japan is considering the option of independently escorting ships flying the Japanese flag in the areas of the Gulf of Oman and the Bab el-Mandeb Strait and does not plan to join the US coalition being created. It is reported by the Japanese edition Nikkei. 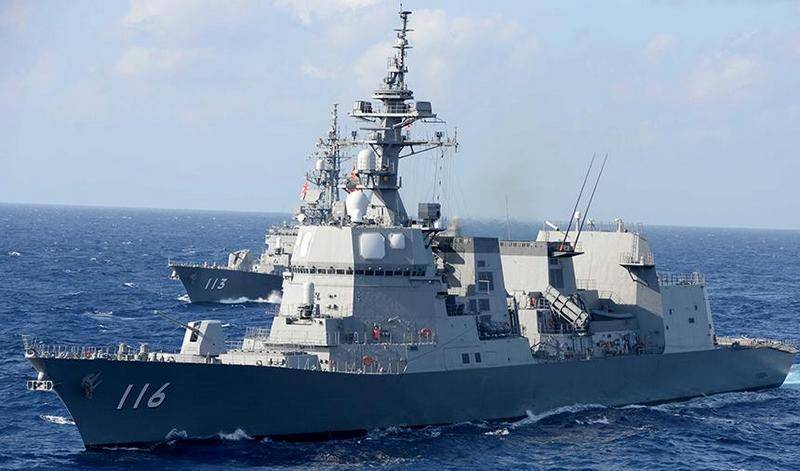 Japan does not plan to join the US-led anti-Iran coalition in order not to spoil relations with Tehran, but is considering several options for an independent operation to protect Japanese ships in the area. According to preliminary data, there are three such options.

The first version assumes that several patrol ships of the Japanese Self-Defense Forces will be sent to the Gulf of Oman and the Bab el-Mandeb Strait, which will perform the functions of protecting ships traveling with Japanese cargo. In this case, ships will be given the right to open fire in the event of a serious situation.

The second option involves air patrolling of these areas with Japanese aircraft from a military base located in Djibouti. According to the third option, ships are sent to the area and air patrolling is carried out, i.e. the first and second options are combined.

It is emphasized that the area of ​​the Japanese operation will be limited only to the Gulf of Oman and the Bab el-Mandeb Strait near Yemen, in contrast to the US Sentinel program, which is extended not only to Yemen, but also to Iran. Tokyo says it does not want to spoil good relations with Tehran.